Today, Mason Inman penned an article in the National Geographic that discusses a paper which argues it is both possible and affordable to displace all fossil fuels by 2030 with renewable sources. According to the paper, the main bottleneck would be political will and the production of rare earth elements.  But even if those two factors were not an issue, the logistics alone of building the necessary green energy systems is staggering. 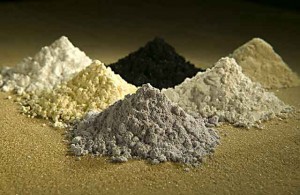 In order to produce 100 percent renewable energy, Inman argues that we would need:

In spite of these numbers, the two researches out of UC Davis and Stanford who authored the study believe the world can have 100 percent renewable energy by 2030. The only thing missing, in their view, is political will.  What’s even more delusional is that these two researchers believe there would be no “significant” economic impact with this transition.

But maybe they are considering “affordable ” by looking at the cost of uncontrolled climate change.  According to economist William Nordhaus, uncontrolled global warming would cost $23 trillion. Obviously the costs of switching to 100 percent renewables would be far in excess of $23 trillion if updating Europe’s electricity grid alone would cost $1.3 trillion.

The cost of new electricity grids, steel, concrete, labor and rare metals aside, we must ask ourselves the important question, what else could we do with tens of trillions of dollars? In economic terms, what is the opportunity cost of developing 100 percent renewable energy? In other words, if politicians divert more public funds into green energy development, that means less money for schools, hospitals and parks in addition to higher energy prices for consumers.

In the end, Mother Nature provided the greatest economic lesson for green energy enthusiasts — the concept of scarcity. Even if everyone wants renewable energy, there aren’t enough rare earth metals to go around at current production levels. In fact, the extraction rate of rare earth metals would have to quadruple! The National Geographic goes into more depth on the growing metal dependence for renewable energy production and it’s worth the read. For instance, did you know that the 17 rare earth metals used to produce hybrids, solar panels, wind turbines and LED lights are almost solely produced in China? And, it should be noted that China isn’t eager to sell them either.