On behalf of the bi-partisan polling team of Fabrizio, McLaughlin & Associates (R) and Frederick Polls (D), we are pleased to present the findings from a national opinion survey on attitudes on energy issues.

With two-thirds of Americans thinking gas prices and energy independence are a ‘very serious problems,’ our national survey indicates broad public desire for an increase in the domestic supply of oil and gas.  The survey shows strong support for expanded drilling off-shore, support found across partisan and geographic lines.  When you consider the majority view that energy exploration can be done in a way that protects the environment, it makes sense that the plan receiving the broadest support favors the most expansive approach to off-shore exploration.  Key data findings from the national survey follow: 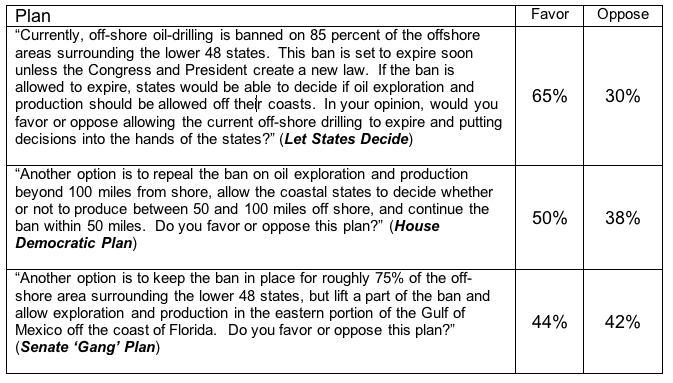 Congress will end the OCS moratorium—now what?