Mexico received almost 50 percent of U.S. natural gas exports and these exports increased by 12 percent in 2014. Natural gas is exported to Mexico through pipelines crossing the international border in Texas, California, and Arizona. These exports increased to a record 706 billion cubic feet in 2014 to meet demand from new natural gas power plants in Mexico. The natural gas was produced from the U.S. Gulf Coast and the Eagle Ford Shale in southern Texas. 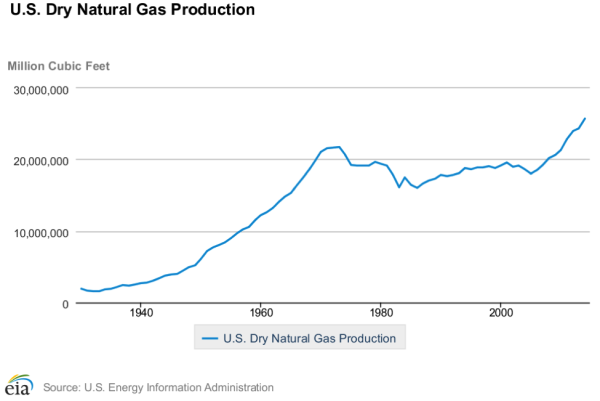 U.S. ingenuity, investment, hard work, and reasonable regulations on private and state lands have made the United States the largest natural gas producer in the world. Hydraulic fracturing is now enabling the United States to produce enough gas domestically so that U.S. natural gas producers can export liquefied natural gas and help our allies in Europe be less dependent on Russian gas and help supply the growing gas demand in Asia. This not only strengthens our economy, but also strengthens our national security by strengthening our energy relationships with other countries around the world.

[i] Energy Information Administration, Net imports of natural gas fall to lowest level since 1987, May 21, 2015, http://www.eia.gov/todayinenergy/detail.cfm?id=21332

Conflict of Interest: EPA's Ozone Rule vs. the CPP