We all know that the Obama Administration has slowed the progress of oil drilling offshore—in the Gulf of Mexico, the Atlantic and Pacific oceans, and offshore Alaska—supposedly to ensure safety because of the oil spill that occurred in the Gulf as a result of BP’s accident at its Macondo well last year.  But it seems that the moratorium and “permitorium” imposed by the Obama Administration has not been sufficient punishment since the Department of Interior just announced further regulations on offshore drilling. But how is onshore drilling faring? Are we promoting it sufficiently during this time of high oil prices? Not according to a blueprint recently released by the Western Energy Alliance. The alliance is indicating that regulatory changes are needed for western onshore production to reach its true potential.

Michael Bromwich, Director of Bureau of Ocean Energy Management, Regulation and Enforcement (BOEMRE) in the U.S. Department of Interior, is planning wide changes to drilling safety rules that have already been beefed up since the BP oil spill. A preliminary notice of new regulations due out shortly will be “extremely broad” and will include rules governing subsea blowout preventers and other aspects of drilling safety. Last year, the bureau issued new standards for well design, casing, cementing, blowout preventers and other equipment. But, BOEMRE is now preparing an advance notice of proposed rulemaking to solicit comment on new requirements, broader than those already put in place.[i]  Further, Bromwich’s agency announced in May that it has the power to extend its regulations to contractors, rather than applying the rules only to oil-and-gas companies that hold leases.  Some in Congress are seeking to prevent this from happening.[ii]   Additionally, concerns have been expressed that by continually changing regulations, the government threatens to chill investment in domestic offshore energy exploration.

The Western Energy Alliance developed a blueprint of actions needed for the western states to produce the increased levels of oil and natural gas being forecast.[iii] It is projected that by 2020, the western states could produce 1.3 million barrels of oil a day, more than the combined imports from Russia, Kuwait, and Iraq, and increase natural gas production to 6.2 trillion cubic feet, an increase of one trillion cubic feet (19 percent) if certain government actions were undertaken. 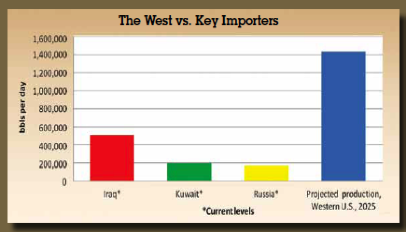 The actions to improve the oil and gas production on federal lands are: 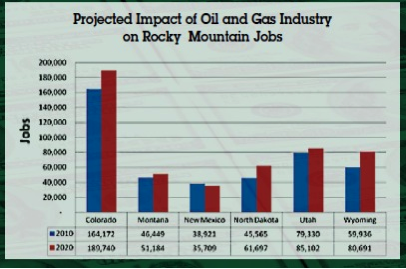 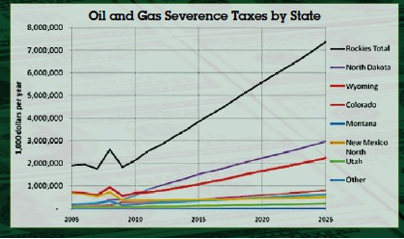 Particularly irksome to western producers is the possibility of the federal government taking over regulations currently controlled by state governments such as regulating hydraulic fracturing. Hydraulic fracturing along with horizontal drilling has resulted in economically producing oil and natural gas from shale deposits. Hydraulic fracturing injects water, sand and some chemicals into wells thousands of feet below the water table to break up the shale and allow horizontal drilling to extract the oil and natural gas. Currently, state governments regulate hydraulic fracturing. But, some groups and federal politicians want the Environmental Protection Agency to take over the regulation of this drilling process, which could slow down the production of oil and gas from shale.

Bromwich’s announcement indicate that regulators believe improved oversight remains a work in progress despite new policies and safeguards already adopted since the Deepwater Horizon accident. Further regulation is also a concern for western oil and gas producers, who are already facing bureaucratic red tape, redundant and burdensome government regulations, and the unending specter of litigation. If the United States is serious about increasing its domestic energy supplies, it needs to reform the management and regulation of energy development. As the Western Energy Alliance indicates, “As quickly as technological advancement has opened the door to a century’s worth of new oil and natural gas in the West, misguided government action is preventing achievement of the region’s full energy potential.”

Are Tax Hikes Good for the Economy?