This blog has been updated to coincide with changes made to the Congressional Research Service Report, upon which it is based. 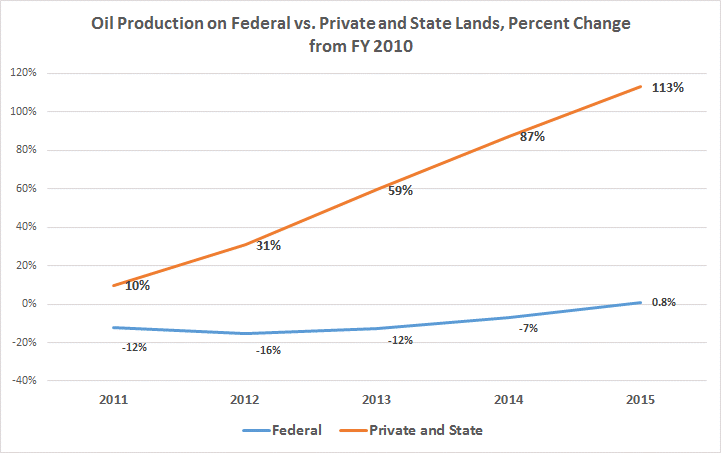 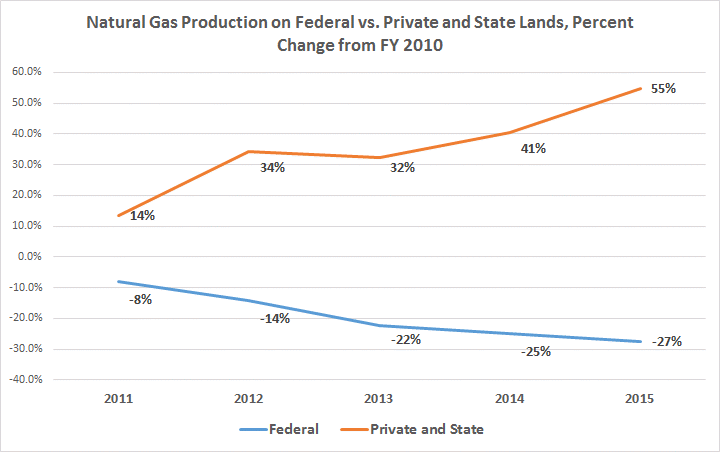 Looking at a time trend of historical production data provides an even more dramatic indication that Obama Administration policies are hurting oil and gas production on Federal lands, while oil and gas production on non-Federal lands is skyrocketing. Between fiscal years 2010 and 2015, crude oil production on state and private lands increased by almost 4 million barrels per day, an amount which is more than each of the following oil producing nations — Algeria, Libya, Angola, Nigeria, Kuwait, Iran, Iraq, Venezuela, Columbia, Brazil, Mexico, Qatar, United Arab Emirates, or Norway– produced in 2014. 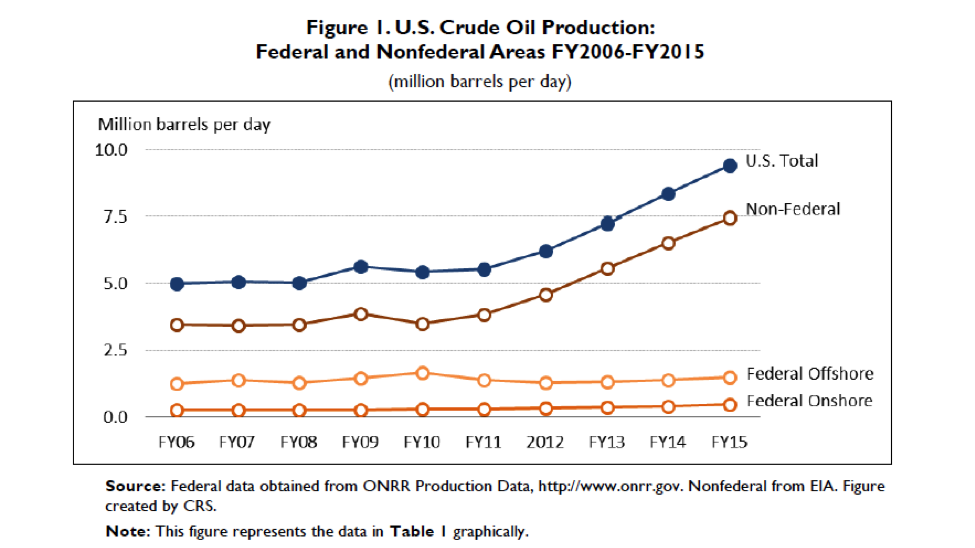 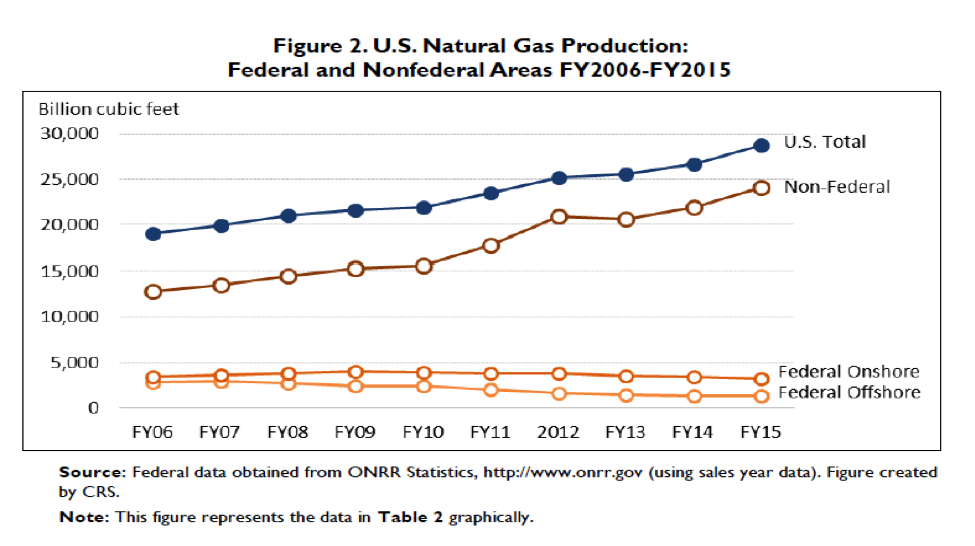 The Obama Administration has increased the time it takes to obtain a permit to drill on Federal lands, driving oil and gas companies to private and state lands on which to make their investments. After a company has obtained a lease, it must also obtain an application for permits to drill (APD) for each oil and gas well. Despite the Energy Policy Act of 2005 providing a new improved timeline for review, it took  an average of 307 days to approve or deny an APD in fiscal year 2011, 89 days more than the 218 days it took in fiscal year 2006, which is 41 percent more time. In its budget justifications, the Bureau of Land Management indicated that overall processing times per APD have increased because of the complexity of the process, a process they themselves control. 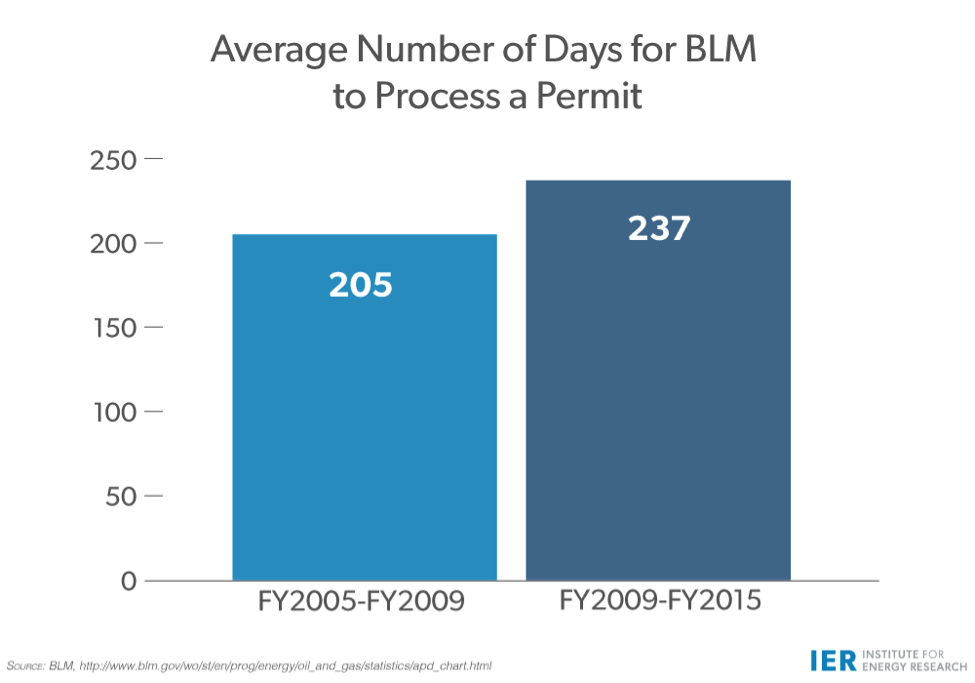 In contrast, the process on private and state lands is relatively quick. State agencies process drilling permits on private lands, with some states approving permits within 10 business days. (In Texas, standard permits take approximately 4 days while expedited permits take 2 days). On private lands, states allow some surface management issues to be negotiated between the oil producer and the individual land/mineral owner. To see the success of hydraulic fracturing and shale oil development on non-Federal lands, one only needs to look at North Dakota, the second-largest oil producing state in the nation behind Texas. North Dakota has an unemployment rate of just 2.9 percent, compared to 5.0 percent for the nation. Most of the land in North Dakota is not controlled by the Federal government. 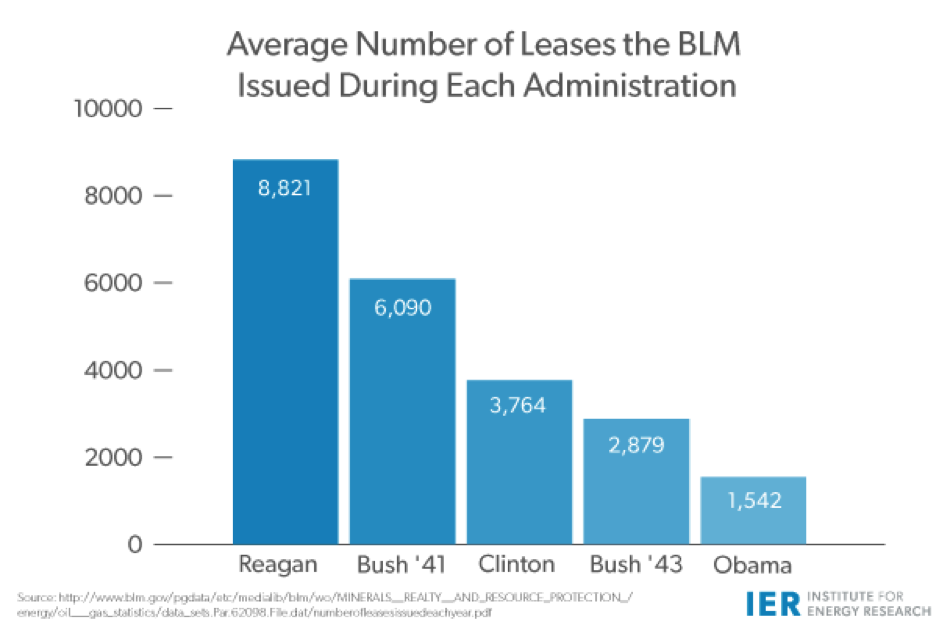 Further, the economy would benefit by $127 billion annually over the short-run (seven years), and $663 billion annually in the long run. Most impressively, the opening of federal lands could have a cumulative increase in economic activity of up to $20.7 trillion over a period of 37 years. And the ripple effect of that boom would be 552,000 in job gains annually over the short-run (seven years) with annual wage increases of up to $32 billion and an increase of 2.7 million jobs annually in the long run with annual wage increases of $163 billion.[ii]

Oil and natural gas production on private and state lands is skyrocketing, while production on Federal lands is largely in decline and has been throughout most of the Obama Administration years. The Obama Administration is offering less land for lease and taking longer to process permits to drill than prior administrations. As a result of the red tape, oil and natural gas producers are turning to private and state lands to make their investments and to produce affordable energy for American families.