Despite the large technically recoverable resources for shale oil and gas worldwide, only 4 countries have actually produced commercial quantities of oil and natural gas from shale formations. There are an estimated 7,299 trillion cubic feet of shale gas resources (the world consumes about 120 trillion cubic feet per year) and 345 billion barrels of shale oil (tight oil) resources worldwide, but only the United States and Canada have produced commercial quantities of both shale oil and shale gas. In the meantime, China produced a smidgen of shale gas and Argentina produced a smidgen of shale oil in 2014. Out of the four countries, only the United States is a major producer of both shale oil and gas.

Other countries with shale resource exploration efforts underway include Algeria, Australia, Colombia, Mexico, and Russia. However, these countries have not demonstrated the logistics and infrastructure necessary to support commercial exploration and production, nor do they have national policies regarding ownership of mineral rights, regulations, and taxes that are conducive for commercial resource development. 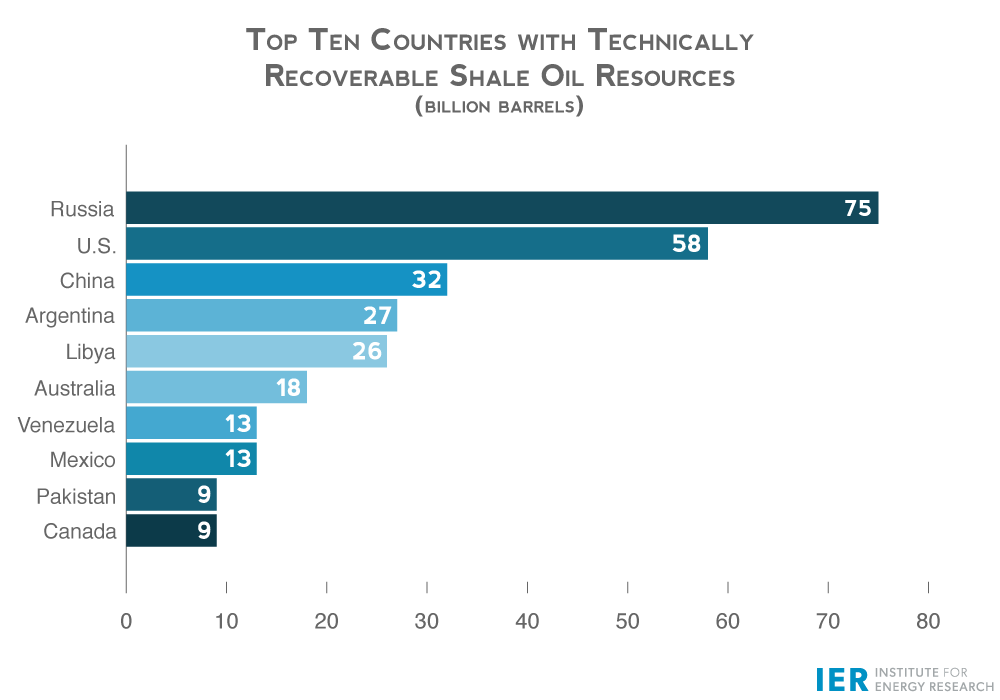 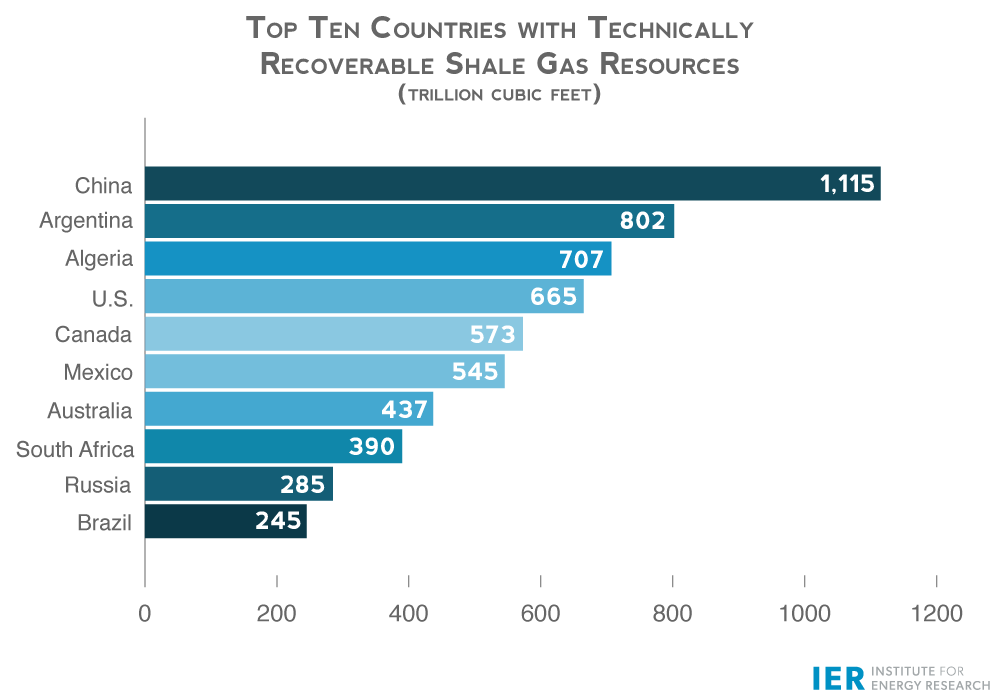 Technically recoverable resources represent the volumes of oil and natural gas that could be produced with current technology, regardless of price and production costs; while economically recoverable resources are resources that can be profitably produced under current market conditions. The economic recoverability of oil and natural gas resources depends on the costs of drilling and completing wells, the amount of oil or natural gas produced from the well over its lifetime, and the prices received for the oil and gas produced. Economic recoverability of shale oil and gas resources are influenced by geology; private ownership of subsurface rights; availability of independent operators and contractors with expertise and drilling rigs; pipeline infrastructure; and the availability of water resources for use in hydraulic fracturing.

Because shale oil and gas have proven to be quickly producible in large volumes at relatively low cost in the United States, shale oil and shale gas resources have spurred an oil and natural gas production renaissance in this country. In 2013, shale oil provided 42 percent of total U.S. crude oil production and shale gas provided 47 percent of total U.S. natural gas production. However, because of the geologic variation of the world’s shale formations and the nationalization of the oil and gas industries, unhelpful regulatory environment, and tax regimes in other countries, the economic recoverability of shale resources is not as advantageous as in the United States and Canada. The production of shale resources is dependent on the production costs, recoverable volumes, wellhead prices and land ownership of the country where it is being produced.

Land ownership plays an enormous role in production, as can be seen by the example of the United States. Where the federal government owns land, oil production is down by 10 percent and natural gas production is down 31 percent since fiscal year 2010. Where nonfederal lands are involved, production of principally shale gas and oil has been skyrocketing, with oil up 89 percent and natural gas up by 37 percent since fiscal year 2010.[ii]

The United States, Canada, China, and Argentina are currently the only four countries that produce commercial volumes of shale oil or shale gas. In the United States, a large portion of shale gas production is from the Appalachian Basin’s Marcellus Shale where gas production has more than tripled in the past three years from 4.8 billion cubic feet per day in 2011 to 14.6 billion cubic feet per day in 2014. U.S. shale oil production comes mainly from the Western Gulf Basin’s Eagle Ford and the Williston Basin’s Bakken Shale. Oil production in the Bakken region averaged 1.1 million barrels per day in 2014, more than 2.5 times greater than the 2011 average of 0.4 million barrels per day.[iii]

Hydraulic fracturing and horizontal drilling have produced an oil and gas production renaissance in this country, with over 40 percent of their production coming from shale formations. However, in other countries, either the geology or other factors dealing with mineral rights, regulations, and taxes are not conducive to produce the same oil and gas production explosion. American ingenuity is continuing to make the technology more efficient and less expensive to produce so that we can enjoy the benefits of abundant and relatively inexpensive oil and gas.