One of the sad truths about the Obama administration is the indifference they have for producing energy domestically.

The administration has given us another piece of evidence of their hostility toward energy production. On page 69 of a new proposed drilling rule, the administration argues that we don’t need to worry that their permitorium will reduce oil production in the Gulf (and destroy good paying jobs) because we can always get more oil from the oil dictators at OPEC: 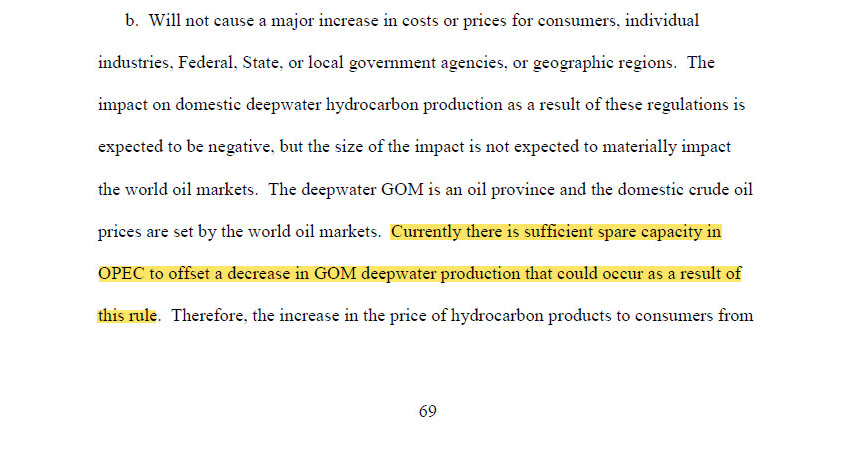 It’s a sad state of affairs when our government halts domestic oil production and tells us to just buy oil from OPEC. Will the Obama administration ever get serious about creating jobs in America?

The Obama Administration’s War on Offshore