American literary giant Mark Twain is credited with thousands of witty sayings and respected for his pearls of wisdom. Today, we stand to benefit from one of his most prescient quips, “facts are stubborn things…” in that the Obama Administration wants to overhaul the oil industry in the name of safety even though the facts show otherwise.

In the last 15 years, over 11,000 wells were drilled in shallow waters in the Gulf of Mexico. In that time, only 15 barrels of oil were spilt.  In fact, 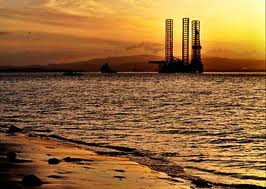 the largest spill in shallow water was just 10 barrels of oil and that was in March of 2003. That means that jet skis spill more petroleum into bodies of water a year than shallow water rig operations.

In terms of safety, shallow water oil and gas operators have less fatalities than roofers (69), janitors (57) and are even on par with newspaper editors (18) with 21 fatalities in 2008.

The shallow water industry has a proven record of environmental protection, as well as worker safety and yet the Obama Administration claims that permits are not being issued because of safety.

The New York Times illustrated the permit fiasco brilliantly by doing a case study on Seahawk 2007, a shallow water natural gas rig in the Gulf of Mexico. After waiting nine months, Seahawk finally received a permit to drill in shallow water.

But the real story is what happened in those nine months of the Obama Administration shutting down all production.

Michael R. Bromwich, the Director of the Bureau of Ocean Energy Management Regulation and Enforcement claims, “I feel terrible for the guys on the rig who did nothing wrong… They are victims.” If he feels terrible, then why has the Administration slowed the granting of permits to a trickle on shallow water areas as well as the deep water areas?

To date, the federal government has only approved 12 permits in shallow water. The supervisor on the Seahawk 2007 told the New York Times that with the permitorium in place, they are considering selling some of their rigs and even the whole company.

Facts are indeed stubborn and rightfully so because they force us to accept the truth that shallow water oil and gas exploration is safe for American workers and the environment.  If safety is not the issue, then there must be a different motive.

What are Biofuel Subsidies Good For?

Who needs domestic oil production? We can just get more from OPEC