The Energy Information Administration just released its International Energy Outlook 2011 and is forecasting that world energy demand will grow by 53 percent between 2008 and 2035. Energy demand in China is expected to increase by 68 percent to fuel an economy assumed to grow at 5.7 percent per year and which is projected to be larger than that of the United States in GDP price parity by 2019. World oil (liquids) demand is expected to increase to 112.2 million barrels per day by 2035, an increase of 26.9 barrels per day between 2008 and 2035. Conventional oil is expected to meet only half of that increase with unconventional sources of petroleum (e.g. biofuels (ethanol) and oil sands) supplying 13.1 million barrels per day, an increase of 236 percent from 2008 levels.[i] Oil prices are expected to reach $125 a barrel in real 2009 dollars by 2035 from an expected average of $100 per barrel in 2011.[ii] 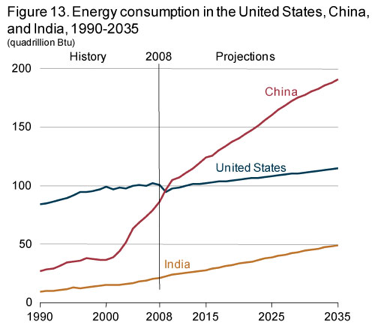 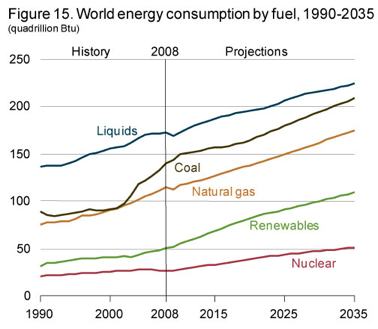 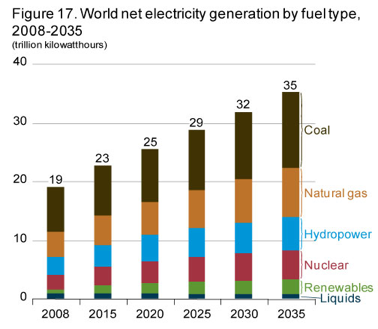 Forecasts by government agencies indicate the fossil fuels will continue to be the dominant source of energy well into the future. While renewable energy increases at a faster rate than other fuels, its contribution will remain a small share of total energy requirements by 2035.

Texas Wind Not Doing Much to Abate Heat Wave

Testimony of Robert J. Michaels: Subcommittee on Water and Power