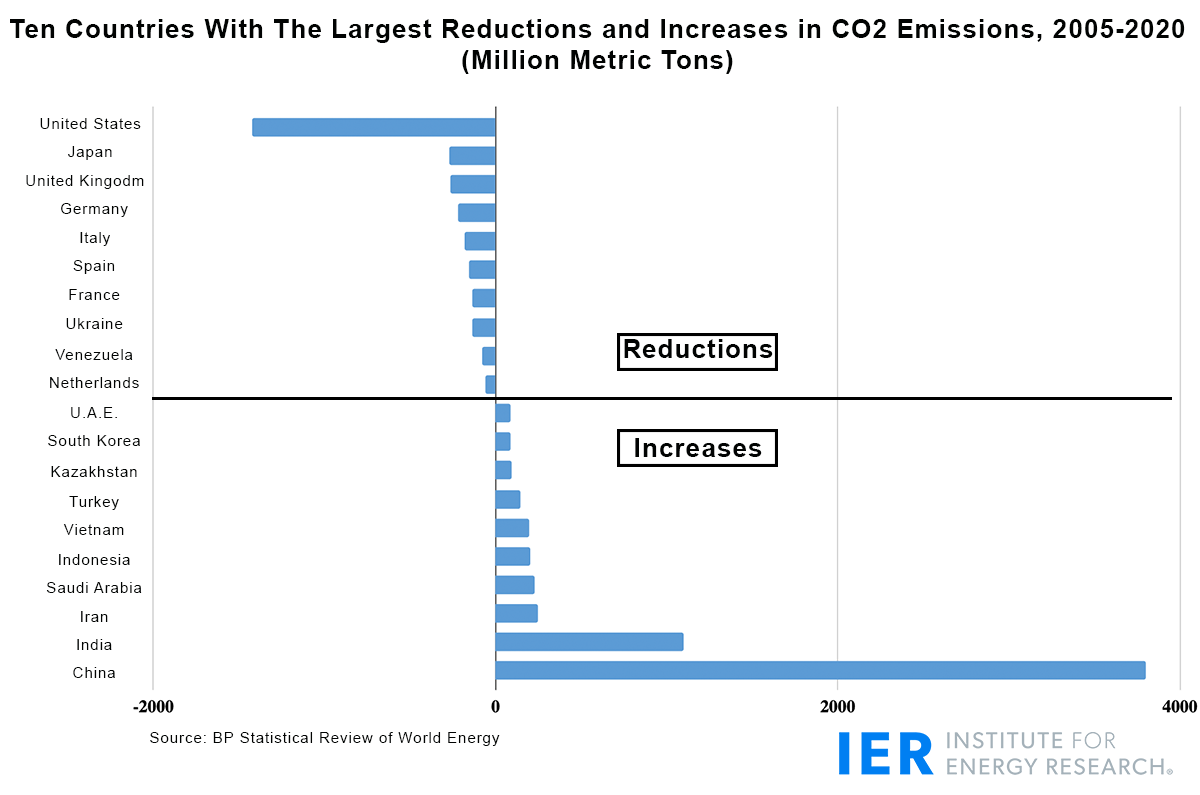 From the BP Statistical Review of World Energy, the following are some details on global carbon dioxide (CO2) emissions between 2005 and 2020 (the most recent year available):

The Plugged In Podcast #82: Mary J. Hutzler on Geopolitical Implications of Taliban Control of Critical Minerals