Over the summer, the Institute for Energy Research (IER) hosted a conference entitled, “A U.S. Carbon Tax: The Rest of the Story.” We picked experts from both academia and policy analysis to demonstrate that the American public has been getting a very biased perspective on the case for a carbon tax. Even if we accept at face value the official position of the IPCC on the natural physical science of greenhouse gas emissions and climate change, the economic science doesn’t automatically point to a U.S. carbon tax the way its proponents would have us believe.

In this four-part series, I will post the video of each presentation from our panel of experts, along with my commentary on the most crucial take-away messages. By the end of the series, it will be clear that the cutting edge, peer-reviewed research in the economics journals shows that the case for a carbon tax its much weaker than the public debate indicates.

Robert P. Murphy on “The ‘Social Cost’ of Carbon: Some Surprising But Little-Known Facts”

As IER’s Senior Economist and one of the organizers of the panel, I gave the first presentation, titled, “The ‘Social Cost’ of Carbon: Some Surprising But Little-Known Facts.” The YouTube link is here, or you can watch the video below:

For those with limited time, let me summarize some of my key points:

Several peer-reviewed studies project that global warming will confer net benefits on humanity for decades to come. Here is the relevant slide from my presentation: 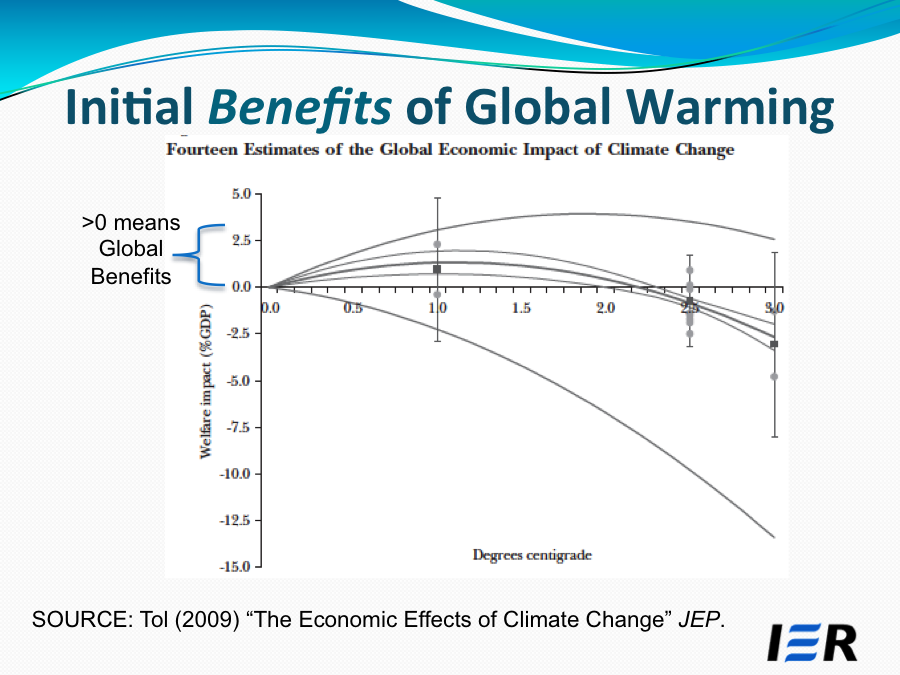 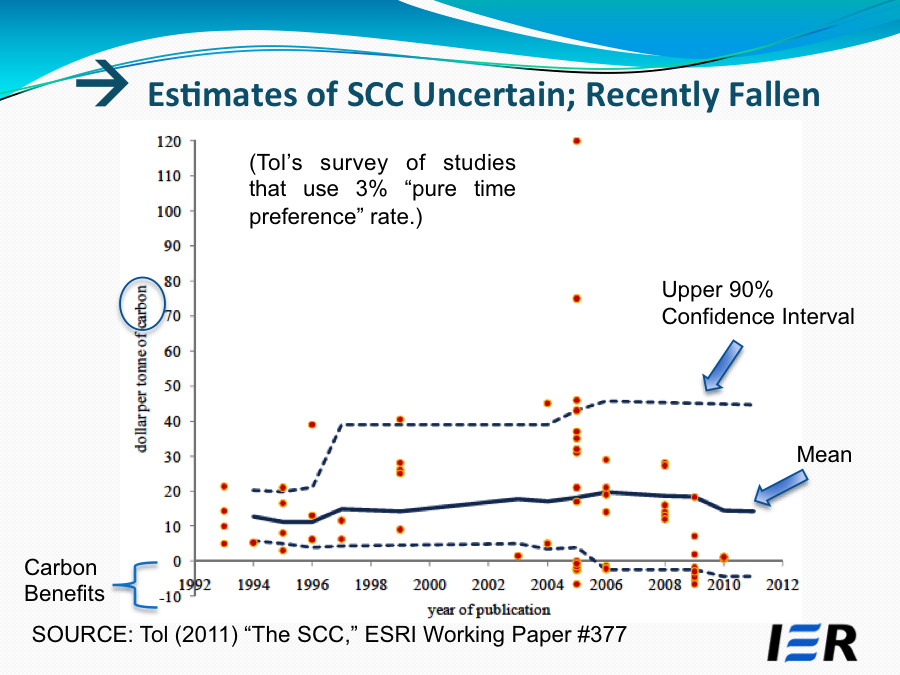 Naturally, for a more comprehensive explanation of the slide, you should watch the video.

Even professional economists will probably be surprised at the material contained in IER’s carbon tax conference. In my next post in this series, I’ll walk through some of the key points from Dr. Ross McKitrick, who exploded the common claim that it’s “good for the economy” to tax carbon dioxide in order to lower income tax rates. This is just one of many myths that we debunked at the IER conference, relying on the peer-reviewed literature and actual historical case studies

Why is EPA avoiding the people most affected by coal regulations?