EPA has stated its intention to regulate carbon dioxide emissions from power plants—particularly from coal-fired power plants. Regulatory agencies are required to take public comment on their regulations and one way EPA is doing this is by having 11 “public listening sessions” around the country. But EPA is intentionally avoiding the parts of the country where coal is most-produced and most-used.  Those who know the most about coal are being ignored.

EPA is accepting input through the Contact Us page or at [email protected] until November 8, 2013. Please take a few minutes to tell EPA that their rules are harmful, will drive up energy costs in the United States, will make America less economically competitive, and will not result in temperature reductions that actually matter, even by EPA’s own studies.

Here’s where EPA is holding their listening sessions on the regulations EPA is designing to regulate carbon dioxide emissions from existing power plants: 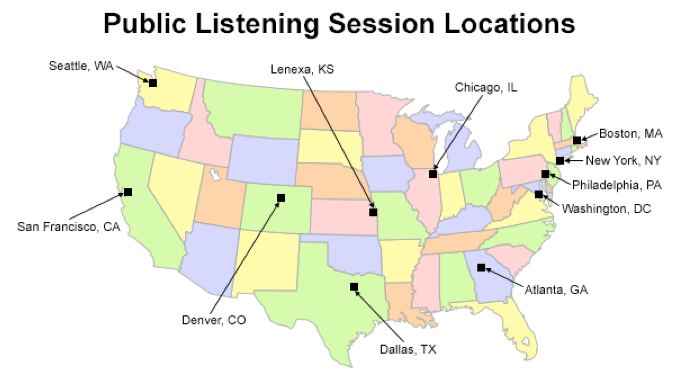 With these regulations EPA essentially bans existing power plants (see note below) and will destroy thousands of coal mining jobs in the United States, but EPA is avoiding the areas of the country where coal is produced. Of the top 10 coal production states, EPA is only hosting listening sessions in three of these states—Pennsylvania, Texas, and Illinois.  They also have chosen major urban areas away from either plants or mines, or the people who work in them. 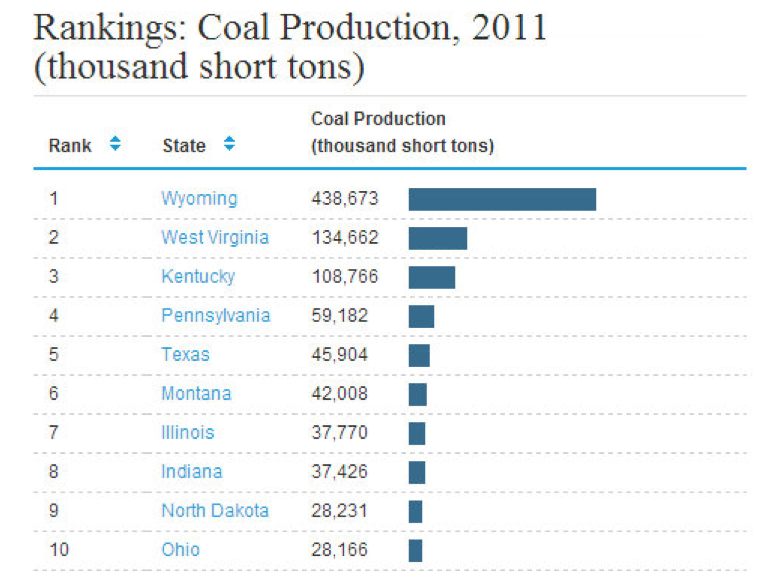 This regulation will greatly impact states like Wyoming, West Virginia, Kentucky, and Montana but EPA is not holding listening sessions in those states. 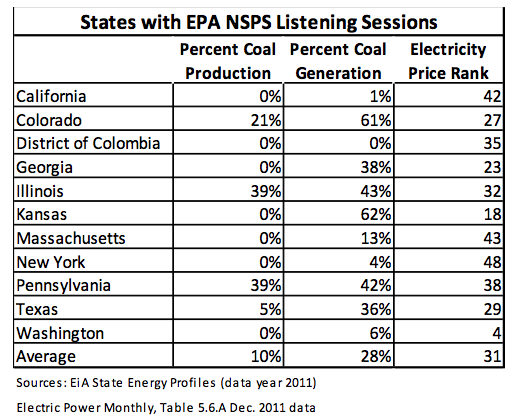 Here is one more chart showing the top ten states by the share of total electricity generation from coal. EPA is not going to a single one of these states. In other words, regulation on carbon dioxide emissions from coal fired power plants will impact these states the most and EPA is avoiding these states. 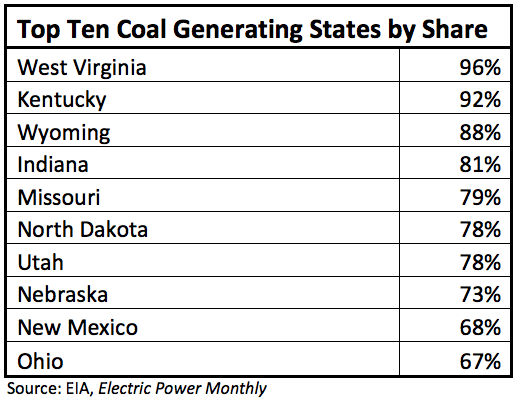 If EPA is serious about hearing from the people most affected by regulations on carbon dioxide emissions from existing power plants, EPA should go to the states that would be the most affected—states that produce and consume the most coal. By avoiding those states, EPA is systematically sidestepping its responsibility to take comments from the American people.

While it’s true that EPA is accepting input through their Contact Us page or at [email protected] until November 8, 2013, that’s not the same as providing the opportunity to comment in person about these economic destructive and environmentally ineffectual regulations.

[1] In 2011, coal produced 28 percent of the total energy production in the U.S. See http://www.eia.gov/totalenergy/data/monthly/pdf/sec1_5.pdf.