At the request of the Secretary of Energy, the Energy Information Administration (EIA), an independent agency of the U.S. Department of Energy, evaluated the energy-related subsidies that the federal government provided in fiscal year 2016, updating a study that it did for fiscal years 2013 and 2010. Federal subsidies to support non-fossil fuels (renewable energy and nuclear power) in fiscal year 2016 totaled $7.047 billion (in 2016 dollars), while those for fossil fuels totaled $489 million—higher by over a factor of 14, despite much higher production by fossil fuel producers. The EIA noted that those subsidies do not include state and local subsidies, mandates, or incentives that in many cases are quite substantial, especially for renewable energy. 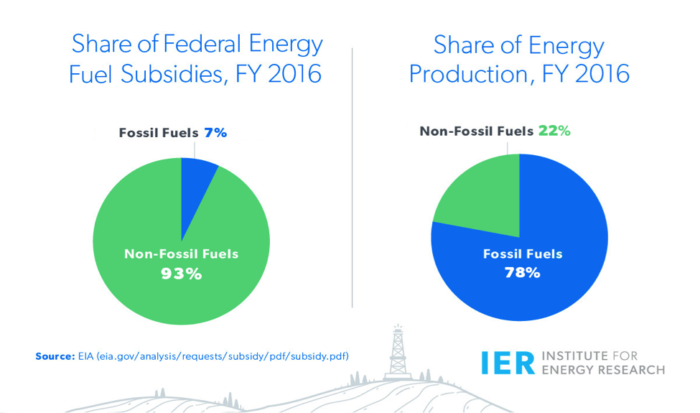 Of the non-fossil fuel share of production, nuclear power contributed 10 percent, followed by biomass at 5.9 percent, hydroelectric at 2.9 percent, wind at 2.4 percent, solar at 0.6 percent, and geothermal at 0.2 percent. 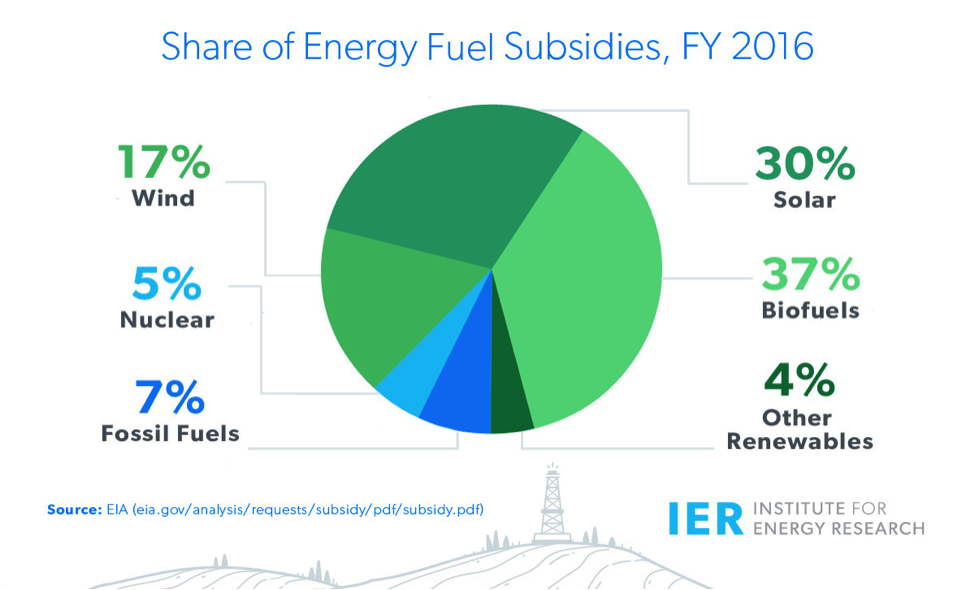 In FY 2016, federal subsidies and support for fossil fuels totaled $489 million. In FY 2016, certain tax provisions related to oil and natural gas yielded positive revenue flow for the government, resulting in a negative net subsidy of $773 million for oil and natural gas, based on estimates from the U.S. Department of Treasury. Federal subsidies and support for coal totaled $1.26 billion in FY 2016.