President Obama has had to punt on his electric vehicle goal – the United States did not put one million electric vehicles on the road by 2015 as he touted in 2009.[i] In fact, the goal fell short by more than 70 percent. U.S. consumers only bought about 286,814 electric and hybrid vehicles from 2009 to 2014, (about 3 percent of total vehicle sales). While the federal government did better percentage wise—7 percent of its vehicle purchases—that was still just a mere 24,816 electric and hybrid vehicles purchased by the federal government during President Obama’s Presidency. Obama cut federal government purchase goals on March 19, requiring instead of 100 percent compliance, 1) a 30-percent reduction in per-mile greenhouse gas emissions from federal fleets below 2014 emissions levels by 2025 and 2) an increase in the percentage of zero emission and plug-in hybrid vehicles in federal fleets.[ii] 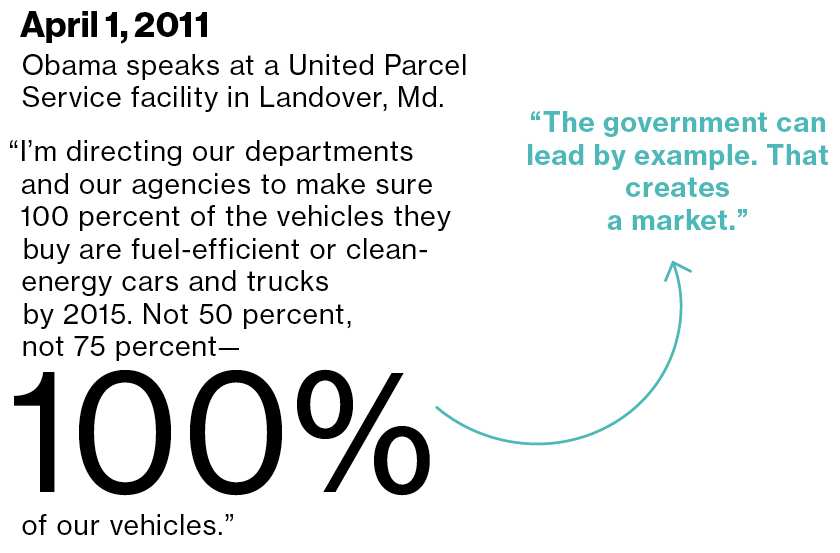 President Obama’s belief was that his electric vehicle goal would be met because he anticipated increasing gasoline prices and improved electric vehicle technology would substitute for gas-fueled vehicles. Something he did not anticipate, however, was that the oil industry would apply hydraulic fracturing and directional drilling to shale formations, creating an oil supply increase so large that it resulted in declining gasoline prices and consumers benefiting from their lower cost fill-ups. As a result, there was little enticement for consumers to purchase high-cost electric vehicles with low vehicle range and long recharging times, even with huge federal subsidies. Moreover technology for shale drilling is still improving, making it even more efficient and cheaper so that even with low oil prices, oil production is still increasing in the United States. Even Saudi Arabia has had to acknowledge that its strategy for hurting the U.S. shale oil industry by keeping its oil production up and prices low did not work.[iii] In the meantime, Obama’s goals for the electric vehicle industry have caused Americans to pay heavily in subsidies. 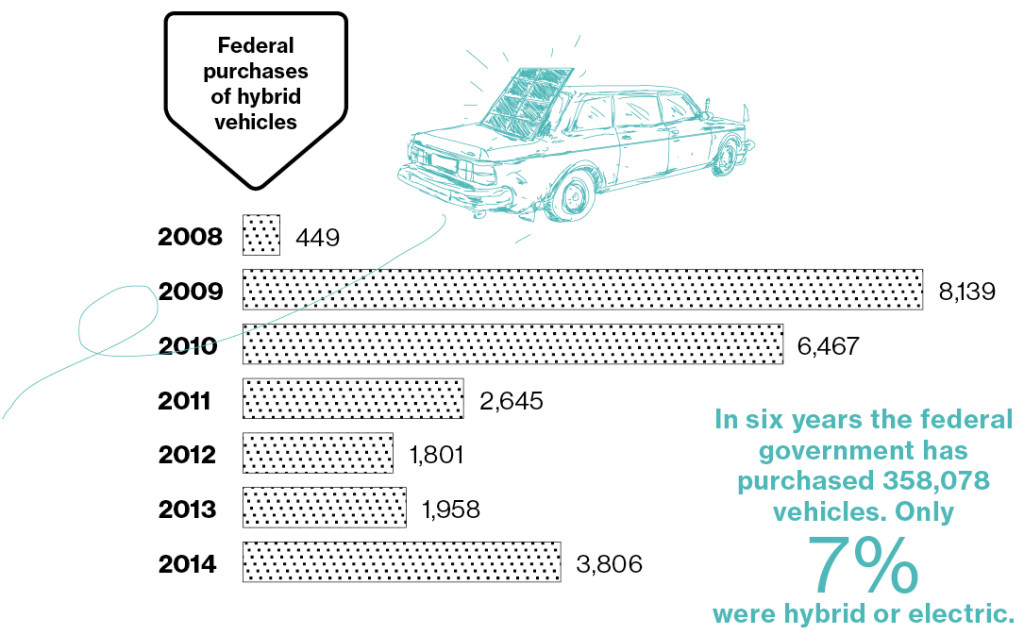 President Obama’s pipe dream of having a million electric vehicles on the road by 2015 did not pan out. Further, no reasonably priced electric vehicle is available today. Tesla, the only all-electric vehicle company, cannot make a profit on its vehicles that only the wealthy can afford, but must get its income from billions of dollars in federal and state subsidies paid for by American taxpayers. [For more, on Tesla, see this blog post.]

The electric vehicle market may not be the only transportation pipe dream of President Obama’s that the country will not be able to comply with. Obama’s expectations for huge vehicle efficiency gains may also need to be tempered as it will be difficult for consumers to embrace the technology necessary to meet Obama’s fleet average goal of 54.5 miles per gallon by 2025. That is especially true if oil prices stay low as expected for the next several years. The fleet average efficiency was just 31.5 miles per gallon last year so an increase of over 70 percent could prove to be another Obama energy prediction failure. Consumers often prove to be much smarter about their own needs than the politicians who seek to control their actions. The abject failure of President Obama’s much-vaunted promise of “1 million electric cars on the road by 2015” proves that.

[i] You Tube, President Obama on the Green Fleet Initiative, https://www.youtube.com/watch?v=4B6rWlvKLfU