We have been hearing a lot lately about “green jobs,” which would be created largely by subsidizing politically correct energy sources like wind mills and solar panels. Senator Obama described his “green jobs” plan in a major address Monday:

And I will invest $15 billion a year in renewable sources of energy to create five million new energy jobs over the next decade – jobs that pay well and can’t be outsourced; jobs building solar panels and wind turbines and a new electricity grid; jobs building the fuel-efficient cars of tomorrow, not in Japan or South Korea but here in the United States of America; jobs that will help us eliminate the oil we import from the Middle East in ten years and help save the planet in the bargain. That’s how America can lead again. 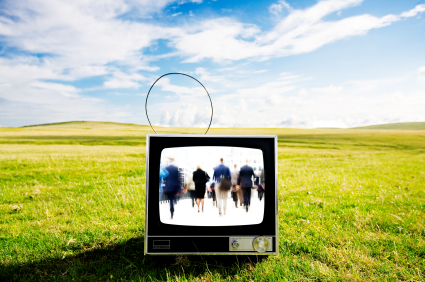 By subsidizing the wind and solar industry to the tune of $15 billion taxpayer dollars a year, such a plan would indeed create some jobs, but what is not highlighted in this speech is the fact that jobs created by government intervention, and not market forces, usually end up destroying more American jobs than proponents would seek to create.

This plan destroys jobs in two ways—first, by increasing taxes, this plan leaves less for citizens to spend on their own, and second, by increasing the costs of energy and automobiles. The $15 billion in additional government spending and subsidies comes from taxpayers (the Federal government already provides $16.6 billion in energy subsidies, tax breaks and loan guarantees). If taxpayers kept this money, they would spend it in ways they see fit. People might use it to buy books, organic foods, a new bicycle, or anything else they need or want. But because taxes will be increased to pay for the green jobs, the taxpayers will have less money to spend on things that other job holders produce, like the books, organic foods, and bicycles. Thus taking more money away from taxpayers means fewer goods are purchased and consequently fewer jobs in the private sector.

Senator Obama’s green jobs plans will also increase the costs of energy. Wind and solar power are more expensive to produce and utilities will simply pass those costs on to consumers in the form of higher utility bills. Electricity transmission lines are very expensive. Recently, Texas regulators approved a $5 billion transmission line to transport electricity from wind power in west Texas to east Texas (when all is said and done, the costs might actually reach $9 billion). That is between $5 billion and $9 billion in one state alone to move power from where the wind is to where the people live. Consumers will have to pay for this transmission line with increased electricity costs, which – again – means less money for books, organic food, and bicycles. In other words, higher energy prices will mean fewer American jobs in non-energy sectors.

Green jobs initiatives are a repackaging of Depression-era make-work programs, which reduce the number of American jobs because they transfer money from private citizens to spend on what they please and into the hands of government bureaucrats to spend in politically preferable ways. For example, the government can always “create jobs” simply by paying 500,000 people to dig ditches, and another 500,000 people to fill them back up. Yet to spend tax dollars on such “job creation” would obviously be a waste of labor power, because the ditch-digging-and-filling wouldn’t actually be helping consumers.

Senator Obama’s proposal is not as outlandish as the ditch-digging example, but the difference is merely one of degree. Proponents of markets are not “against” fuel efficient cars, solar panels, geothermal energy, and the like. If and when consumers voluntarily spend their money to support the expansion of “green” sectors, then this will occur without government prodding. It didn’t take a “granite tax” to end the Stone Age, just like it won’t take a carbon tax to eventually move away from fossil fuels. But when government uses its power to try to force the transition, consumers get hurt because they are forced to buy products that are more expensive than the markets alternative.

The government can certainly use its tax and spend powers to foster job growth in industries that are currently fashionable. But make no mistake about the fact that governments do not create wealth, they merely redistribute it. For every green job created by government fiat, there would be one (or even more) jobs destroyed by the financing of such a plan.

Drilling: The Only Stimulus Plan Without A Price Tag for Taxpayers