The Congressional Research Service (CRS) recently performed two studies evaluating fossil fuel and renewable energy subsidies—one in April and one in May. From those studies, in 2009:

In April, the CRS produced a report that discussed the reasons why governments provide subsidies, listing the estimated tax revenue losses as a result of  U.S. energy-related subsidies for 2010 to 2014. According to the CRS, governments provide subsidies to fix market failures, i.e. to correct distortions in energy markets, or to achieve an economic objective. But, as CRS notes, tax policy is determined within a political system with compromises, which complicates the process and can either mitigate or compound the distortions. Current and past policies have been used in an attempt to reduce imported oil through greater use of domestic resources and to decrease environmental emissions by promoting renewable energy and conservation.

The total tax revenue lost due to energy-related federal subsidies for the 5-year period from 2010 to 2014 is estimated at $71 billion with renewables getting the lion’s share of $49 billion or 69 percent. See table below.

The May CRS Analysis

The May CRS analysis, like the one above, is based solely on Federal tax incentives targeted to energy. It does not include federal support that is also available to other industries or forms of federal financial support such as research and development funds, nor does it include state energy incentives. The tax expenditure estimates are from the Joint Tax Committee and are projected revenue losses, not actual losses.

The study found that in 2009, estimated tax revenue losses for the energy sector totaled $19.9 billion. Of the $19.9 billion, renewable energy received $15.4 billion in tax breaks, while fossil fuels received $2.5 billion. Another $2 billion worth of tax breaks went toward conservation, efficiency, alternative vehicles, and other energy-related tax incentives. Alcohol fuels and biofuels received the largest share of tax breaks in 2009, consisting of estimated tax revenue losses of $12.5 billion. Over half of this amount was for black liquor qualifying for a tax credit as an alternate fuel mixture—a tax credit that was discontinued after 2009. Black liquor is a fuel obtained from digesters in the process of chemically pulping wood that is burned in a recovery furnace to extract certain basic chemicals. 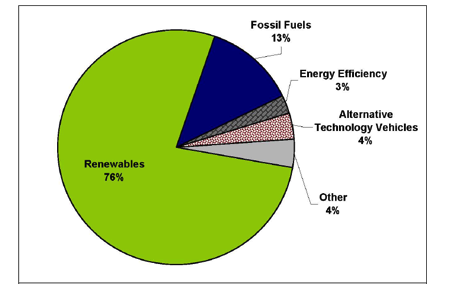 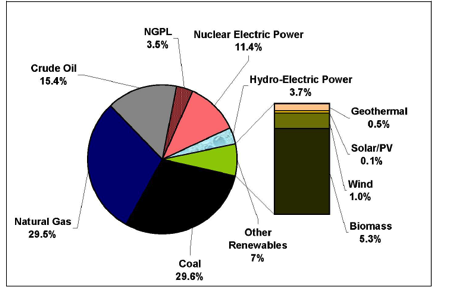 Alcohol and biofuels, excluding black liquor, received estimated subsidies of over $6 per million Btu based on production of 981 trillion Btu in 2009. Alcohol and biofuel subsidies on a Btu basis of production were over 150 times higher than fossil fuels subsidies. While biofuels and other oxygenates received the largest share of subsidies, these fuels only produced  3.9 percent of total petroleum products supplied in 2009, according to EIA.