Last year, the Obama Administration placed a moratorium on drilling in the Gulf of Mexico.  After that ban was lifted, they left a permitorium in place so that American energy companies were still unable to return to work in the Gulf.

The Obama Administration insisted that the rapid decline of oil production due to their anti-drilling policies would not affect the price of oil because we could just rely more on the dictators at OPEC to give us oil: 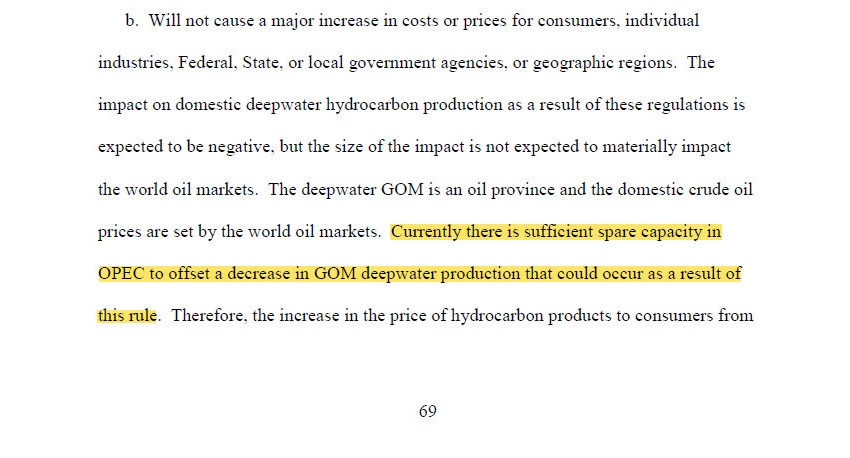 Unfortunately, OPEC’s meeting today shows why President Obama’s policies are so misguided.  The cartel’s meeting apparently turned into a fiasco, not surprising to hear about a gathering of some of the world’s most hostile regimes.  Despite growing global demand, the group decided that they will not raise oil production for the remainder of the year.

In response, Thomas Pyle, president of the Institute for Energy Research, issued the following response:

“When will President Obama finally admit that he is directly causing a national, Washington-created disaster?  Less than one year ago, the Obama Administration was telling the American people that their anti-drilling policies were no big deal – we can just get more oil from OPEC.  Until this Administration reverses its senseless energy agenda, which is deliberately leading to higher energy prices, we can expect more of the same in the future from OPEC.

“America is home to over 150 billion barrels of oil.  There is only one thing preventing the American people from accessing these resources: the Obama Administration.  Hopefully today will be a reality check for those in Washington who believe that American energy production can be replaced with a reliance on state-run energy companies in unstable region of the world.”

On a Btu Basis, Renewable Subsidies are 49 Times Greater than Fossil Fuel Subsidies