Senator John Kerry encouraged President Obama to call for an Apollo program for energy at the State of the Union. The problem is that the goal of the Apollo program is far different, and far more easily achieved than making renewables affordable.

Yesterday in an interview on WBUR radio in Boston Kerry said called for a major initiative with respect to energy: 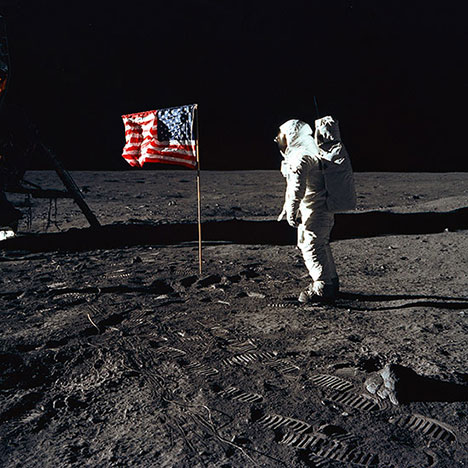 We need leadership that is prepared to say to America we’re going to go the moon as we did in the 1960s. We’re going to go to the moon here on Earth in our push for technology, we’re going to make the same kind of commitment to be first, to lead the way, and that is the single biggest kick I can think of to the American economy.

The problem with comparing the Apollo program to energy initiatives is that the goals are completely different. The Apollo program’s goal was to put a man on the moon and return him safely to the earth. The first lunar landing was made on July 20, 1969 and over the next three and a half years, five more lunar landings were made. In 1973, however, the Apollo program was cancelled because it was unaffordable. We had achieved our goal, but we discovered that it was expensive to keep sending men to the moon.

The final cost of the Apollo project was $25.3 billion in 1973. That is $170 billion in 2005 dollars. It was expensive, but we achieved our goal of putting men on the moon and returning them safely home. With the government promotion of politically-favored energy sources however, the goal is far different.

The goal of promoting renewables is to make unaffordable and unreliable source of energy affordable and reliable. Comparing this to the Apollo program is not merely going to the moon. We live in a world where we demand energy 24 hours a days, 7 days a week. Blackouts are an anathema. This is similar to going to the moon, every single day and landing at noon eastern time. More importantly, it is making these reliable, precise moon landings affordable—so affordable that taxpayer dollars are not needed. Going to the moon once (or six times as it turns out) is far different than doing every day at an affordable cost.

The Apollo program was a technological marvel. It stirred the nation and the world. But in the end, we realized that it was unaffordable to keep going to the moon and the program was cancelled. The program wasn’t cheap, but unlike the decades-long subsidies for unaffordable energy, there was an end.

There is no end in sight for energy subsidies. In the recent stimulus, there were over $41 billion in energy funding. Even after decades of subsidies, mandates, preferential tax treatment and billions upon billions in direct spending, Senator Kerry and others now want spend even more on an Apollo program.

We should look to the Apollo program for guidance and see that while we can achieve many technological marvels, it isn’t worth the cost for taxpayers to foot the bill, especially when there are cheaper and more reliable alternatives.

In energy policy we keep forgetting history. Isn’t it time we actually learned from the past?