Last week, IER unveiled our new report the status of renewable electricity mandates in the states. This report was a survey on what is actually happening in the states. 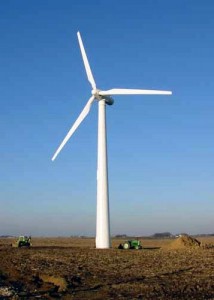 Two key findings over the report is that only 14 of 36 states with renewable electricity mandates or goals are on track to meet their targets and electricity prices are nearly 40 percent higher in states that have these mandates.

The American Wind Energy Association (the lobbying arm of the wind industry) didn’t like that we have shown that wind, and other government-dependent sources of energy, are expensive and unreliable. In an effort to rebut our study, they issued a press release that fails to debunk a single claim we made in our paper.

If AWEA truly believed their press release, they would join with IER in calling for an end to all subsidies

AWEA’s press release is an argument that wind, even though it is unreliable, helps reduce the costs of electricity. If this were true, AWEA would not need to constantly lobby for handouts, subsidies, preferential tax treatment, and mandates for its industry. But Big Wind is utterly reliant on taxpayer handouts. If AWEA truly believed that wind actually reduces electricity costs, it would renounce all handouts, subsidies, preferential tax treatment, and mandates that favor its industry. The Institute for Energy Research has called for an end to all subsides for all industries. If AWEA really stands behind what they wrote in their press release, they would join with us and call for no more subsidies. We are waiting.

Big Wind’s press release begins with an ad hominem attack—a good sign that they are not confident they have the facts on their side. Next, AWEA makes a claim without providing any support.  They state, “A number of recent studies have confirmed that wind energy saves consumers money by reducing the use of expensive fossil fuels, reducing their electric and other energy bills.” This is an extraordinary claim which at a bare minimum requires a citation to the studies AWEA is referring to, but AWEA fails to cite a single study.

There is more to electricity prices than fuel costs

These savings occur because wind resources displace the highest-cost electricity on the power grid. Because wind power has no fuel costs and very low operating costs, it is able to produce electricity more cheaply than nearly all other sources of electricity. Renewable energy can provide low-cost and stable-priced fuel to Americans — something that fossil fuels cannot guarantee over the long life of their plants. Overreliance on fossil fuels leaves Americans at risk of volatile prices in the future.

The fact that the fuel cost of wind is “free” does not mean that wind is cheap. In fact, wind is very expensive overall. But don’t take our word for it. The Energy Information Administration, the analytical division of the Department of Energy, forecasts energy supply and demand and their forecast includes estimates of the future cost of electricity that includes the capital cost, the cost of operating and maintaining the facilities, and the cost of the transmission to get the electricity to market. They calculate that in 2016, the least expensive form of new electricity generation will be combined cycle natural gas, followed by conventional coal.[1] Note that onshore wind is 50 percent more expensive than coal and offshore wind is nearly double the price of coal. Also note that the cost of conventional coal in EIA’s calculations has been artificially increased to estimate possible future greenhouse gas regulations.

Metcalf explains that the costs of wind and solar shown here are actually too low because the cost does not reflect the fact that solar and wind are intermittent—the sun doesn’t always shine and the wind doesn’t always blow. Metcalf notes that the Royal Academy of Engineering calculates that the stand-by reserves required by wind power increases the real cost of wind power by nearly 50 percent.  Thus, wind costs 60 percent more than conventional coal, but because wind power necessitates back-up generation, its true cost under current law is 142 percent greater. And if there were a “level playing field” with respect to tax treatment between different forms of electricity production, the true cost of wind would be 163 percent greater than the cost of coal.

If AWEA is concerned about price volatility, it will stand with IER and support greater access to America’s vast energy resources

In the previous quote from the press release, AWEA claimed, “Overreliance on fossil fuels leaves Americans at risk of volatile prices in the future.” If this is how they really feel, then why does AWEA support policies like cap-and-trade, and renewable electricity mandates which will make fossil fuels use more scarce and energy prices more volatile? If AWEA is concerned about energy price volatility, they will join with the Institute for Energy Research in calling for an end to discriminatory energy policies and greater access to America’s vast energy resources. We are waiting.

AWEA’s press release cites a couple of studies arguing that renewable electricity mandates “would reduce consumers’ energy bills by offsetting the use of more expensive fossil fuels.” First, this begs the question—if wind is as cheap as AWEA and these studies claim, then why is it necessary to mandate its use?

Second, AWEA’s line of argument is a non sequitur. Our study describes the way the world is today. AWEA tries to rebut our argument with studies which argue that mandates will make electricity prices lower in 2020 or 2025. That does not rebut our arguments.

Third, AWEA notes that these were Department of Energy studies, “many conducted during the Bush Administration” as if that should somehow give the studies greater weight. The reality is that it should give the studies less weight. As we have previous explained, President Bush was a big proponent of mandates and subsidies for renewable industries and offered less land for energy exploration and production than the Clinton administration did.

AWEA: Better to Have High Electricity Prices Right Away, Rather Than Waiting for Them

AWEA admits the previous studies were not examples of “real-world experience” and asks if electric rates are increasing faster in states with renewable electricity mandates. AWEA states:

This reported result surprises us because we conducted a similar test (going back to 1997 rather than 2000). We got the opposite result: electricity prices increased more (from 1997 to the present) in states that currently have RESs, compared to states that do not.  Anyone interested in our exact calculations can go look at the study. We can’t figure out why our result differs from AWEA’s—whether the three years is driving the difference, or perhaps because we’re using different states in each group—since AWEA doesn’t explain exactly how they came up with their numbers.

In other words, when AWEA says “consumers in states with RESs were protected from drastic increases in…prices,” what they are really saying is that those consumers were already paying high prices. This is akin to mugging someone and explaining that you are “protecting” the guy from misplacing his wallet.

In policy debates, we can often lose sight of the big picture by throwing around statistics. Let’s reiterate a few basic facts: Economic theory suggests that imposing renewable energy mandates will tend to raise electricity prices; it doesn’t help consumers by taking away options from producers. State-level data are consistent with this result: States with renewable mandates have much higher prices than those without such mandates. It is true that only a portion of this differential can be attributed to renewable mandates (because the price gap among the two groups of states existed even in 1997, before the modern RESs were in effect). Even so, legislators at both the state and federal levels should consider the full economic impact of their policy decisions. Attaining higher proportions of “renewable” energy may not come cheaply.

AWEA claims that the Institute for Energy Research is “discredited” and yet their rebuttal to our report does not rebut a single claim or fact in the report. When AWEA claims that RESs “protect consumers” from price spikes, at best this means that they force consumers to use energy sources that are consistently very expensive, as opposed to fossil-fuel based energy which is sometimes very cheap and sometimes expensive. With current technology, wind is more expensive and less reliable than fossil-fuel alternatives, and AWEA does not show otherwise.

If AWEA stands by their press release and truly believes that wind is as inexpensive as they claim, then wind needs no subsidies, handouts, mandates, or preferential tax treatment. Consumers don’t need the government to force them to buy a cheaper product. We are awaiting AWEA to announce that it truly believes in wind power and renounces subsidies and mandates, because after all, they claim that it is superior to fossil-fuel alternatives. We are waiting.

More of the Same State of the Union

State of the Union’s Energy History