“America is an energy rich nation — the world’s largest natural gas producer, the second largest coal producer, and the third largest oil producer in the world. Regrettably, many policymakers do not understand these facts or recognize the vast energy potential that is currently off-limits due to federal regulation,” noted Dan Simmons, IER’s Director of State and Regulatory Affairs and the primary author of Hard Facts.

“Given the increasing demand for energy around the world, now is the time to seize America’s great energy potential and unleash our creative abilities to solve today’s and tomorrow’s energy challenges. Only bad policy and uninformed policymakers stand between the United States and our ability to lead the world in the energy production.

“Today, there is an effort underway to increase the cost of producing affordable oil, coal and natural gas by imposing a discriminatory tax code on American energy producers and increasing the regulatory burdens these job-creators bear. Meanwhile, heavy lobbying efforts are trying to secure more sweetheart subsidies for renewable energy at great expense to U.S. taxpayers. IER believes that once the hard facts are known, the policy solutions will become clearer.”

To read “Hard Facts: An Energy Primer,” click below: 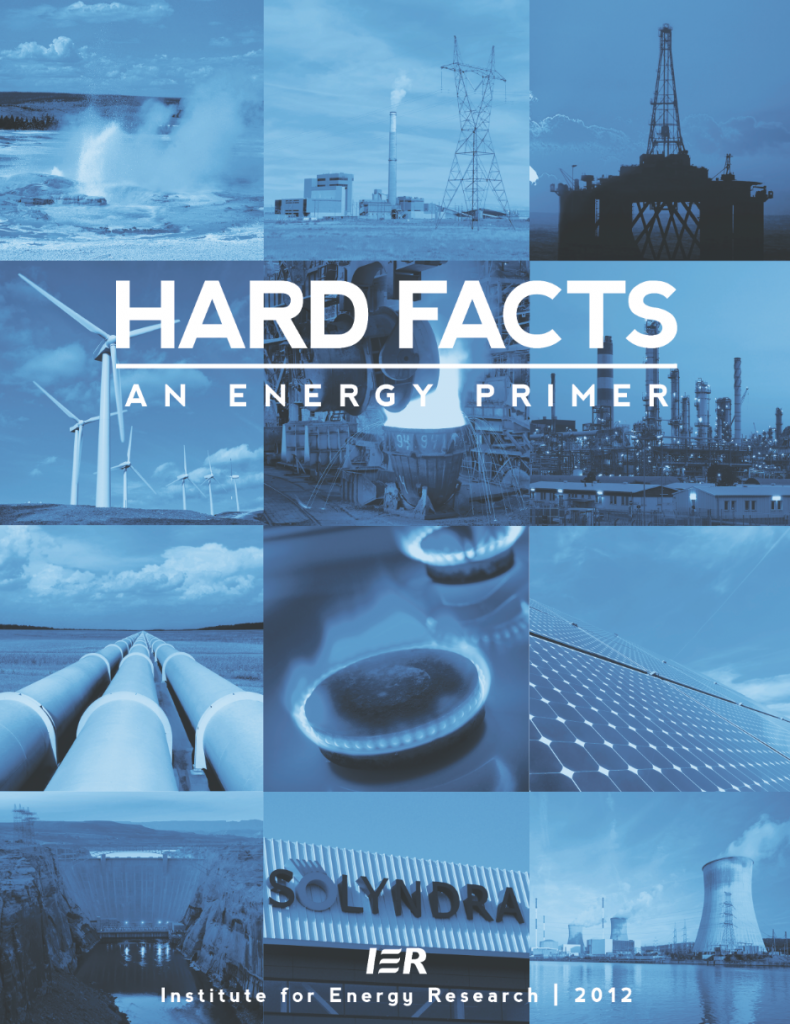 The Dwindling Share of Coal: What Does It Mean?