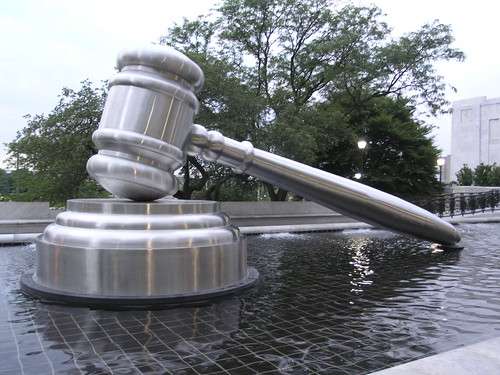 WASHINGTON – Citing the intransigence of Mother Earth and the increasingly irreconcilable differences between the dictates of U.S. energy policy and the ethereal realities of the celestial universe, the Institute for Energy Research (IER) announced today a first-of-its-kind legal effort that, in cooperation with the Sierra Club and the American Wind Energy Association (AWEA), will seek to compel the wind to blow when it’s needed most, allowing publicly funded but privately owned turbines to generate low-cost, baseload power during times of peak demand. A companion suit will be filed against the sun.

“American taxpayers and energy consumers deserve a national energy policy that leverages the dynamic forces of the market to deliver affordable, reliable and secure sources of essential energy,” said IER president Thomas J. Pyle. “But in the absence of that policy, Americans deserve to know that the billions of taxpayer dollars being spent to prop up unreliable, intermittent sources of energy such as wind and solar aren’t just being thrown down a rat hole. With public money comes the obligation of public accountability, and it’s about time we start seeing more of that from the natural world.”

As it relates to wind, Pyle cited inconsistencies with static friction coefficients and a lack of credible data associated with a phenomenon known as “convection mixing” as issues in need of immediate redress from the court. Recent IER analysis has confirmed that wind-related pressure gradients tend to be at their strongest when demand for wind-generated electricity is at its lowest – and at their weakest during times of increased need. That reality has caused some to question why the White House continues to spend billions to subsidize the operations of largely foreign wind manufacturers – especially in absence of a serious plan to alter the rotational axis of the earth.

“For us, this issue fundamentally boils down to one of access,” AWEA president Denise Bode said. “Thanks to the current administration, we now have in place the infrastructure we need to make a real difference – and the business certainty that comes from endless supplies of taxpayer funds stacked up alongside a policy that guarantees our markets, and awards us top dollar for ‘serving’ them. All we need now is greater access to the raw materials in question. Dragging the universe to court to make it cough up more wind in the future may seem like a dramatic step, but I can assure you, it’s an effort we intend to win.”

Top Sierra Club lobbyist Athan Manuel dismissed suggestions that jurisprudential authority of U.S. courts doesn’t extend to the cosmos. “If the Congress of the United States can legislate the climate, there’s absolutely no reason why the judicial branch can’t adjudicate the precession of the equinoxes,” Manuel confirmed.

The suit was filed today in federal court in San Francisco.