Central to the Obama Administration’s energy policy are massive subsidies for politically-preferred energy sources.  The Department of Energy’s (DOE) section 1705 loan guarantee program has been one of the Obama Administration’s primary methods for funding renewable energy projects.  The DOE reports $34.7 billion in taxpayer-subsidized loan and partial loan guarantees have funded 33 clean energy projects including $535 million to the infamous Solyndra.

Last year, IER produced a video detailing the failure of the Solyndra loan.  Watch it below:

Increased scrutiny of DOE loan programs, including Politico’s status update, have revealed other potential Solyndras, projects in which millions of tax dollars are wasted on nonviable and inefficient renewable energy projects. Similar to Solyndra, Beacon Power, Abound Solar, Nevada Geothermal Power Co and NRG Energy/SunPower Corp are reported as having significant financial problems resulting in layoffs, substantial project delays and even bankruptcy. Most recently, as of June 28, Abound Solar –having only drawn $70 million of its $400 million loan guarantee-filed for bankruptcy.

Here is a list of the DOE section 1705 projects and loan amounts: 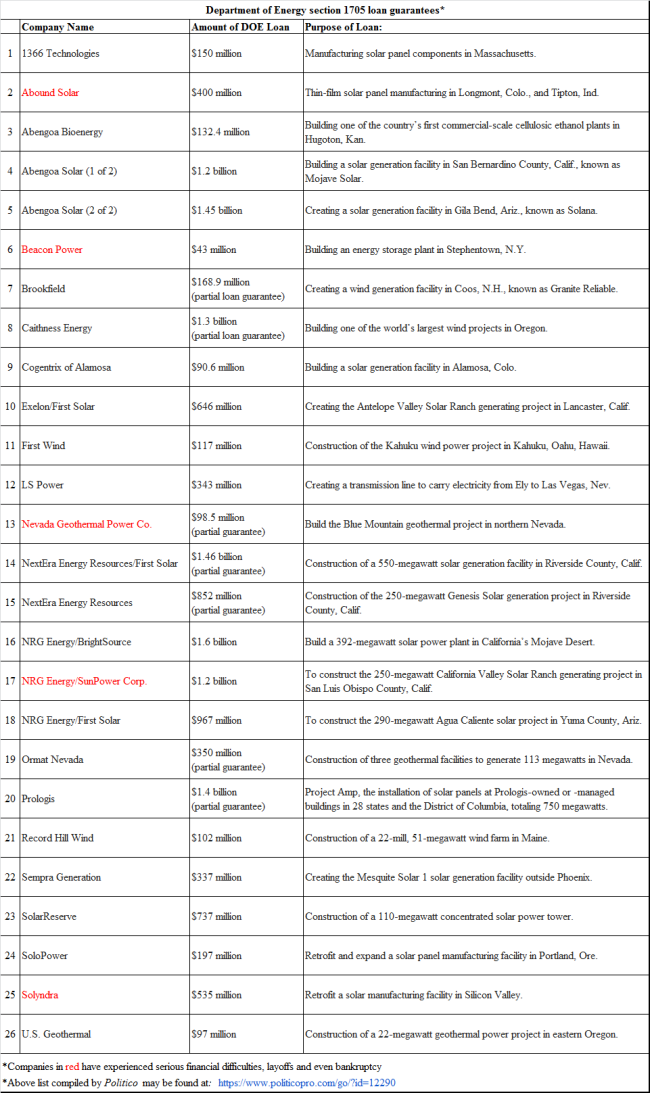 Increased scrutiny has prompted the DOE to defend the effectiveness of the loan programs, claiming the nearly $35 billion in loans and loan guarantees have created over 60,000 jobs and ‘accelerated the United States into a clean energy future’[1].

Irresponsible investment of taxpayer dollars in nonviable projects, similar to that of Solyndra and Abound Solar, are also failing to aid a struggling economy and failing to move the United States toward the future.

Drilling in the Gulf of Mexico: Regulation and its Discontents