This is Peter W. Davidson, the Executive Director of the Loan Programs Office at the Department of Energy. 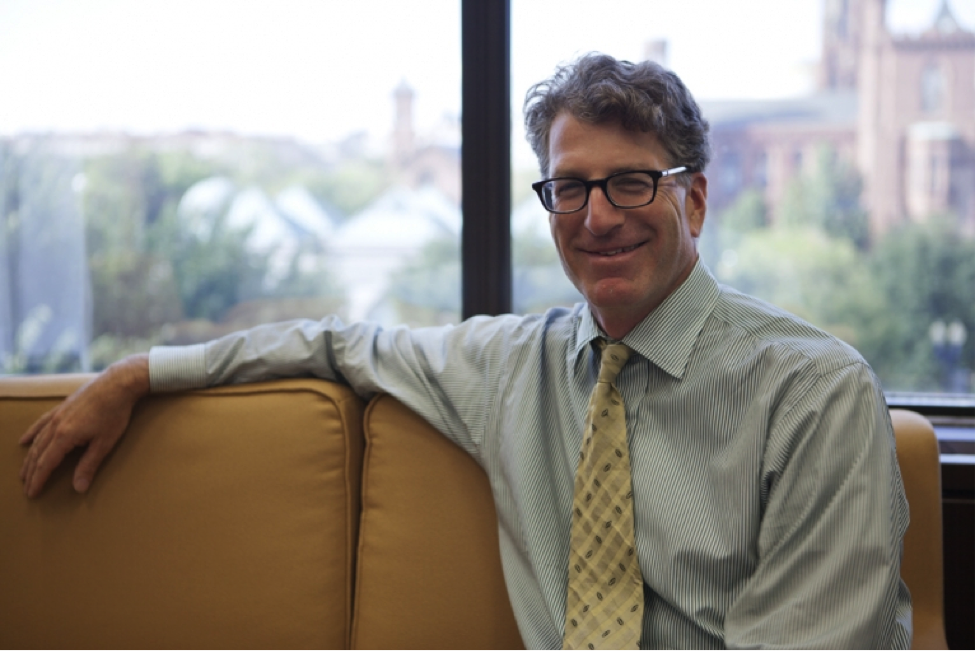 Earlier this month, he approved a $150 million loan guarantee for Cape Wind. This is the same type of program that the developers of Solyndra, Beacon Power, Abound Solar, and others used to bilk the American taxpayer before going bankrupt. After allowing some time to pass for people to forget about  these failed loan guarantees, the Obama administration is once again subsidizing programs that can’t stand on their own.

The administration understands that it is a hard sell to continue loan guarantees after their failures with Solyndra and others, so this time, Mr. Davidson wrote a blog post to justify additional subsidies for Cape Wind. But all his  blog post does is underscore how this is a bad deal for the American people.

There are many things in the blog post that are dishonest or ignorant of how the electric grid works, but the most dishonest thing Mr. Davidson wrote is this:

Through a $1.3 billion partial loan guarantee to the Caithness Shepherds Flat project, one of the world’s largest wind farms, the Department’s Loan Programs Office (LPO) helped to show that large-scale onshore wind energy can be commercially viable in the United States.

Wrong. The subsidies for Shepherds Flat show nothing of the sort, and in fact, serve as an example of just how pork-laden green energy deals have become under Obama’s reign.  Instead of taking my word for it,  take the word of former administration officials Carol Browner, Ron Klain, and Larry Summers in a memo they wrote in 2010. At the time, Browner was the White House Energy and Climate Change Advisor, Summers was the Chairman of the National Economic Council, and Klain was Vice President Biden’s Chief of Staff. About Shepherds Flat they wrote:

This project would likely move without the loan guarantee. The economics are favorable for wind investment given tax credits and state renewable energy standards. GE signaled through Hill staff that it considered going to the private market for financing out of frustration with the review process. The return on equity is high (30%) because of tax credits, grants, and selling power at above-market rates, which suggests that the alternative of private financing would not make the project financially non-viable. (emphasis added)

Browner, Klain, and Summers explain that Shepherds Flat received $1.2 billion in subsidies for a $1.9 billion project:

As they wrote, “the government would provide a significant subsidy (65+%), while the sponsor would provide little skin in the game (equity about 10%).”(emphasis added)

Despite Mr. Davidson’s claims, the situation with Shepherds Flat says nothing about wind’s economic viability. What Shepherds Flat shows is that wind developers, with the help of the Obama administration and state governments, have adroitly milked the American taxpayer to pay for wind projects instead of having to spend their own money. Most folks could build a project if the government put up a subsidy of two-thirds of the cost resulting in a 30% return on equity for the investors who put up 10%. Without tax credits and subsidies, it is highly questionable whether Shepherds Flat would have been built.

A chart from the American Wind Energy Association shows the impact of the wind production tax credit. When this subsidy has expired, very few wind installations have been built. Warren Buffett recently admitted this when  he said, “For example, on wind energy, we get a tax credit if we build a lot of wind farms. That’s the only reason to build them. They don’t make sense without the tax credit.” 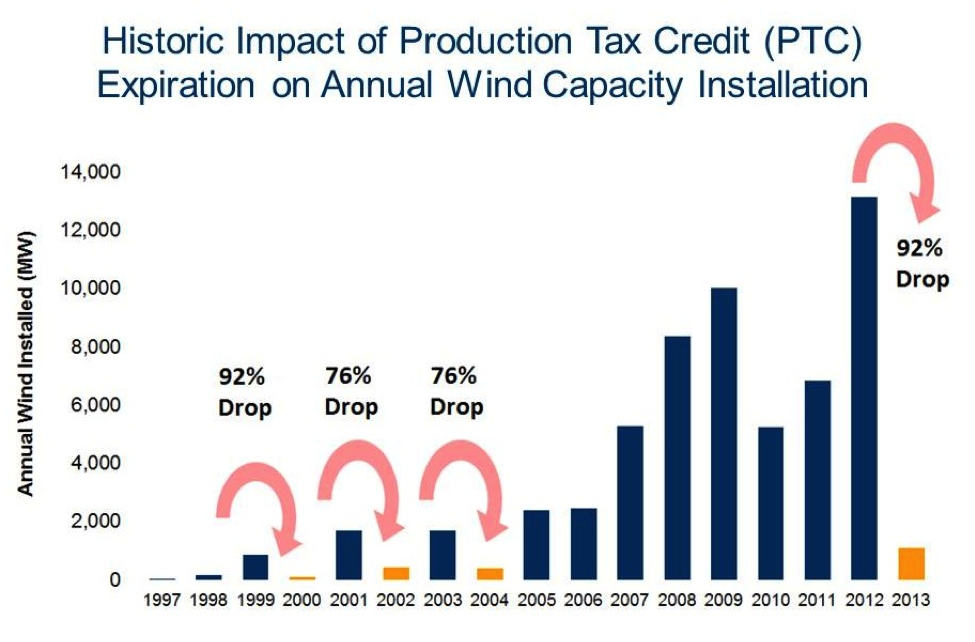 Apparently Mr. Davidson thinks they need more than the guaranteed tax credit, since he’s adding a loan guarantee, to boot.

Perhaps knowing that Americans are getting a little tired of throwing money at losing enterprises, Mr. Davidson also tries to claim that wind is “reliable.” Saying something is reliable does not make it so. Wind is not a reliable source of electricity generation. At best, according to EIA, offshore wind’s capacity factor (how much electricity a generator actually produces relative to the maximum it could produce) is a mere 37 percent. Something that generates electricity essentially 37 percent of the time is not “reliable” when we need some electricity 100 percent of the time. Getting electricity from wind does not help keep the lights on during hot summer days or during this year’s polar vortex.

From Mr. Davidson’s blog post on the DOE website, it is obvious that there is no economic case to be made for these loan guarantees. His only example of a commercially-viable wind installation is one that, according to Obama administration officials, received over $1.2 billion in subsidies and only had to invest 10 percent equity.  No one can blame businessmen from pursuing handouts from Washington if they’re giving away free money, but people who work for the government are entrusted with public dollars with an expectation that they will respect the hard work of the people who pay taxes to the government when they make decisions.  Mr. Davidson appears oblivious to this obligation as he throws more taxpayers’ money into the wind and then brags about doing it.

[1]Technically speaking, offshore wind has a capacity factor of 37 percent according to the Energy Information Administration. Capacity factor is a measure of how often an electric generator runs for a specific period of time. It indicates how much electricity a generator actually produces relative to the maximum it could produce at continuous full power operation during the same period. http://www.eia.gov/tools/faqs/faq.cfm?id=187&t=3