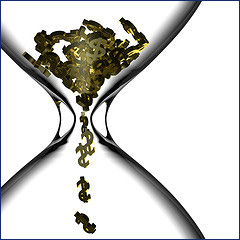 With only a few short weeks left before Congress adjourns, the wind lobby is ramping up its efforts to convince policymakers of the need to impose a federal renewable energy mandate that would guarantee a government-induced market share for wind energy companies.  That is understandable, considering that unless Congress acts now (or during a lame duck session), future prospects for such a federal mandate are about as dim as the incandescent light bulb’s.

The case for wind energy is simply not being made.  The latest example of this comes from Denmark.  A September 12 article in the U.K. Telegraph entitled An ill wind blows for Denmark’s green energy revolution exposes this fact.  It appears the Danish people aren’t as enamored with their renewable experiment as Big Wind would like us to believe.

Thanks in part to the windfarm subsidies, Danes pay some of Europe’s highest energy tariffs – on average, more than twice those in Britain. Under public pressure, Denmark’s ruling Left Party is curbing the handouts to the wind industry.

The article further describes how the dramatic increase in wind generation has yielded little environmental benefit in spite of the dramatic rise in energy costs for Denmark’s ratepayers.

So most of the wind electricity Denmark generates has to be exported, through interconnection cables – to Germany, to balance the fluctuations in that country’s own wind carpet, or to Sweden and Norway, whose entire power system is hydroelectric, and where it can be stored. (The Swedes and Norwegians use it themselves – or sell it back, at a profit, to the Danes. If they use it themselves, there is, of course, no saving whatever of C02 – because all Norway and Sweden’s domestically-generated hydropower is carbon-neutral anyway.)

We have heard this story before.  One year ago this month, IER commissioned a study which came to similar conclusions about the Danish wind experience.  Of course, this study, part of an overall series on renewables, was roundly criticized by both Big Wind and Big Green because it inconveniently undermined the premise of their public relations campaign for more federal giveaways, which goes a little something like this:

The federal government must support subsidies and mandates for renewables because the United States is falling behind countries like Spain, Denmark, Germany, Japan, and China in the race towards a clean energy future.

This has been the rallying cry from Big Wind and its allies in the push for more federal involvement in the renewable industry.  But with time running out on the legislative calendar, and as more Americans discover the truth about the high costs and scant benefits of the renewables experiment in other nations, their message has morphed into one of despair and distress.

China is Green with Envy, Not Their Energy