It is no secret that the stimulus bill contains both wasteful spending and economically destructive policies. However, one of the bill’s most alarming provisions is little known and difficult to understand: electricity revenue decoupling. Decoupling, another in a long line of anti-consumer energy policies, will force utility companies to raise electricity rates in an attempt to governmentally-mandate consumer conservation.

Currently, most state regulatory commissions grant electric utilities territorial monopolies. The commissions allow utility companies to recover no more than their prudently incurred costs and a “fair” profit to return to investors. The percentage limit means that utilities can only earn more dollars of profit if they invest more heavily in generation and transmission. The regulatory system gives electricity providers an incentive to sell as much power as they can.
Read More >> 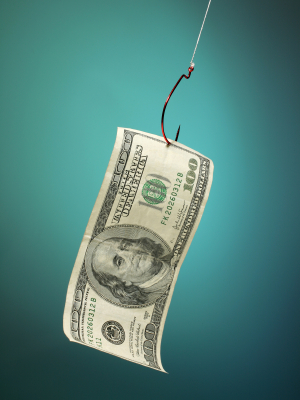 I. Compounding the Inefficiencies of Regulation

Erroll Davis, the former CEO of Wisconsin Electric Power (now a unit of WE Energies) was a rare utility executive. As competitive power markets evolved in the 1990s his low-cost company was ready to move aggressively. And well it should, thought Davis. Almost all utilities enjoyed regulated terrritorial monopolies and state public utility commissions almost invariably allowed them to recover all of their costs in rates to captive consumers. On top of costs, those rates allowed investors who supplied capital to the utility to earn a “fair” return on their funds after considering risk and other market factors. Economical service required large powerplants and transmission systems, but larger was often better. A larger pool of profits became available while executives at bigger companies usually enjoyed bigger incomes. Regulation in effect rewarded higher capital spending because regulators allowed almost all of its durable assets into “rate base,” where it could earn the allowed return. Davis understood the incentives. He once told a journalist “your new desk goes into the rate base. This is the only industry I’ve ever seen where you can increase your profits by redecorating your office.” (Fortune, Nov. 13, 1995)
Read More >>

IER released an economic stimulus plan that would encourage private investment, foster job creation, and provide American consumers with access to vast, proven, affordable, and domestically available energy resources.  IER’s plan outlines a cost-effective way to open these enormous taxpayer-owned resources for responsible energy production that would create American jobs, stimulate the economy, and provide new energy supplies for the future, all at no cost to the taxpayer.  Read the plan here >>

Green Jobs That Nobody Wants

On February 3, 2009, Senator Debbie Stabenow (D-MI) and Rep. Jay Inslee (D-WA), in conjunction with union leaders and environmental groups, released their “Good Jobs First” report. Although advocates of a “green recovery” point to estimates that 456,000 green-collar jobs would be created by the stimulus package, the new Stabenow/Inslee report reveals the dirty little secret that many of these new jobs would offer low pay and poor working conditions. For example, the Good Jobs First report discusses a recycling firm in Los Angeles-which is just the type of operation that will “green” stimulus money-where workers make $8.25 an hour and receive no health insurance.

Of course, the Good Jobs First report doesn’t state the obvious conclusion: government efforts to “help” workers and “stimulate” the economy will only make things worse. Faced with the unintended consequences of their original scheme, the proponents of a green recovery want to double down and shovel more tax dollars at the problem and hope something sticks.  Read More >>

The bill is partially based on studies which purport to show large numbers of jobs created by government spending on “green technology” such as energy efficiency and renewable energy projects. IER recently released a study demonstrating that the campaign to sell government ‘green jobs’ as a cure for our economic ills relies on misguided assumptions, unsound data, and false hope.  Read More >>