“You’re doing more than just building new vehicles. You are helping to fight our way through a vicious recession and you are building the economy of America’s future.” President Obama, 2010.

The U.S. Department of Energy (DOE) provided $30 million to Missouri-based Smith Electric Vehicles and President Obama used the spending as an opportunity to campaign in Missouri. Hindsight now shows that it was irresponsible for the Obama administration to give Smith Electric Vehicles $30 million dollars of American taxpayers’ money because the company is closing its U.S. operations due to a “tight cash flow situation.”[i] This is not the first electric vehicle company that DOE has funded from the 2009 Stimulus package that has gone down the tubes. Fisker Automotive, a Finnish electric car maker, was provided with a $529 million DOE loan, but was cut off at $193 million when it failed to reach milestones in delivering its Karma model, an electric vehicle with a showroom cost of over $100,000. 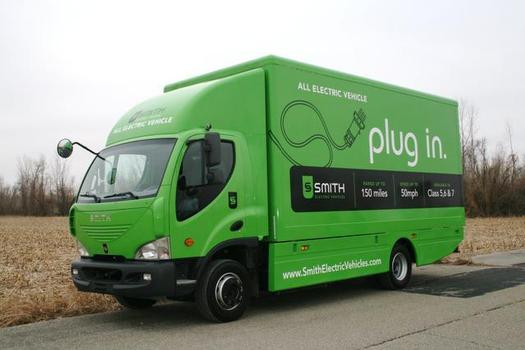 Smith Electric Vehicles is shuttering its Kansas City plant, but will continue to operate in Europe and Asia, where the company has additional production facilities. The DOE stimulus grant of $32 million was supposed to support the construction of 510 electric vehicles for municipal public transportation[ii]–plug-in delivery trucks, which currently are used by customers such as Frito-Lay, The Coca-Cola Company, Staples, Kansas City Power & Light Company, and the U.S. military. Using $29,150,672 in taxpayer funds, Smith Electric Vehicles had 439 vehicles in service at the end of 2013.

While the White House claimed that the project would create “more than 220 direct and indirect jobs,” the company had created the hourly equivalent of 70.35 jobs. Thus, DOE spent an average of over $414,000 for each job created. Last year, the company reported that it employed 131 people in the United States. Smith Electric Vehicles has been struggling for some time, reporting that it had annual losses in the millions after receiving DOE funds. In 2009, Smith Electric lost $17.5 million; in 2010, $30.3 million; in 2011, $52.5 million, and as of June 30, 2012, $27.3 million.[iii] The company intended to have an initial public offering in 2012 and to open an assembly plant in New York and in Chicago—but, those plans were scrapped.[iv]

Purchasers of these plug-in trucks can benefit from a number of different Federal subsidy programs to defer some of the cost, such as[v]:

Further, the individual states also have their own subsidy and rebate programs that apply.

Recently, Energy Secretary Ernest Moniz announced his intention to restart the Department’s electric vehicle subsidy program, the Advanced Technology Vehicle Manufacturing (ATVM) program that has wasted millions of taxpayer dollars on a number of failed companies, including Smith Electric Vehicles. The program has about $16 billion in authorized funds that have not yet been disbursed. Funds from the program have previously been distributed to electric vehicle manufacturer Fisker Automotive and battery manufacturer A123 Systems, both of which went bankrupt after receiving the DOE funds.

However, Secretary Moniz believes that the electric vehicle market has improved since those failures. But, the financial troubles of Smith Electric Vehicles indicate just the opposite. The Government Accountability Office (GAO) recommended that the program be scrapped. GAO recommended that Congress rescind “all or part of the remaining credit subsidy appropriations to the [ATVM] loan program, unless the [DOE] can demonstrate sufficient demand for new ATVM loans and viable applications.”[vi]

Despite GAO’s report to the contrary, Congressional Democrats are offering legislation to continue subsidizing the electric vehicle market. For example, a bill introduced by Rep. Zoe Lofgren would authorize the Treasury Department to issue up to $50 billion in federal bonds to finance, among other projects, $2,500 government vouchers for Americans to purchase plug-in hybrid electric cars.[vii] This would be very beneficial to Tesla Motors, which is headquartered in her home town of Palo Alto, and whose purchasers already receive a $7,500 reduction in their tax obligation from the federal government.

It is now 2014 and President Obama’s 2009 Stimulus program is still plaguing the country. Although, it has clearly been demonstrated that numerous projects benefiting from it have failed or otherwise not met their goals[viii], Federal officials want to continue to support what the market is having trouble supporting with Federal and state government hand outs. Smith Electric Vehicles’ closing of its Kansas plant in hopes to retool production outside of the United States is evidence that the $414,000 per job Federal give away is not working.

Are Climate Change Mitigation Policies a Form of Insurance?