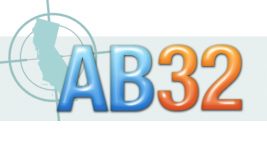 Many Californians are concerned about the continuing economic viability of the Golden State, especially with the impending implementation of the California Global Warming Solutions Act, also known as AB (Assembly Bill) 32. The goal of the act is to reduce greenhouse gas (GHG) emissions to 1990 levels by 2020, through a program administered and enforced by the California Air Resources Board (CARB).

Almost all economic modeling of GHG emissions regulations find that the costs of such programs outweigh their benefits. The estimates have come from a wide spectrum of organizations, including the Environmental Protection Agency, Energy Information Administration, Brookings Institution, consulting firm Charles River Associates and others. Contrary to the economic consensus, CARB has gone the other direction and argues that command-and-control and cap-and-trade will so increase the efficiency of energy use that Californians will benefit substantially by 2020.

A few days ago, the San Francisco Chronicle exposed CARB’s estimate of pollution from diesel trucks as a 340 percent overstatement, while independent truckers leave the business rather than bear the costs CARB is imposing on the basis of this calculation. Today, a new paper by Robert Michaels of California State University, Fullerton explains the many ways in which CARB’s economic modeling of AB 32 is fatally flawed and how CARB threatens California’s economic welfare:

AB 32 started as “feel good” legislation that would set an example for other states and nations, few of which have actively followed it. Since its passage, California’s unemployment has risen to 12 percent, and CARB’s claim that its policies will improve our lives becomes less credible by the day. An unelected Air Resources Board has chosen to bet the well-being of millions of Californians on computer models that cannot even give an accurate picture of today’s economy.