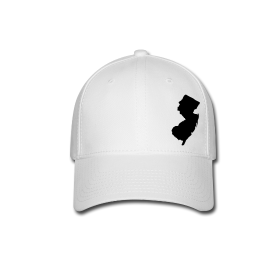 At the Earth Summit in 1992, President George H.W. Bush stated, “The American way of life is non-negotiable” in response to calls for curbing U.S. energy consumption and reducing carbon emissions.  However, some states kept the dream of reducing energy consumption alive.

New Jersey was one of those dreamers, and in 2008 its government imposed a statewide cap-and-trade system modeled after the Kyoto Protocol. Today the people of New Jersey pay 14.8 cents per kWh – the 7th highest electricity rate in the U.S.  As it turns out, the American way of life is non-negotiable because the natural laws of economic prosperity, similar to gravity, cannot be suspended or changed with political power.

American Spectator author Kevin Mooney provides a thoughtful account of New Jersey’s energy regulatory problems and the ensuing economic hardships. In the article, “A Capper for Christie” he explains that if New Jersey can repeal their cap-and-trade system, there is hope for the rest of the states who have imposed artificially high energy costs, such as California.

Mooney goes on to say:

“New Jersey is part of the oldest, most restrictive and most entrenched regional greenhouse gas initiative nationwide…. that’s why the Garden State is so strategically critical going forward.”

As Hayek once famously said, “The curious task of economics is to demonstrate to men how little they really know about what they imagine they can design,” and if New Jersey wants to live up to their motto, it would behoove their state government to keep this axiom in mind.

Lifting the Offshore Energy Ban, in Name Only