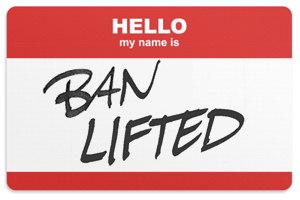 The Administration is considering lifting the offshore drilling ban. That is commendable but long, long, overdue because this one moratorium will eliminate around 12,000 jobs approximately $2.1 billion over the first six-months according to a new study by Joseph R. Mason of Louisiana State University.  But lifting the ban is not nearly enough. In addition to lifting their explicit ban on offshore drilling, the Administration needs to lift the de facto and procedural ban they have imposed.

As we have previously noted there is no ban on drilling in the shallow waters of the Gulf of Mexico, but the drilling is not occurring because the Administration is dragging its feet by refusing to issue the necessary permits in a timely fashion. This same drama will play out in the deep water, and it will likely be worse.

If the Obama Administration is serious about producing energy at home, they need to streamline the permitting process instead of gumming up the works through administrative delay and additional procedural hurdles.  It is important to note that over 46,000 wells have been drilled in shallow waters of the Gulf of Mexico over the last 61 years, and these wells have unsurpassed safety and environmental records.

Sadly, the result of the Administration’s current policies is to import more foreign oil and export jobs from the Gulf to other areas of the world eager to produce energy.

New Jersey Could Be the “Liberty and Prosperity” State Once Again

From “Shining City on the Hill” to “Like a Rollin’ Stone”