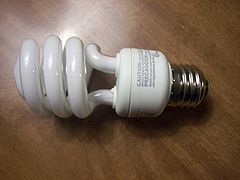 Economic conservation of energy consists of actions and investments that make sense. Political conservation is wasteful, government-directed energy measures that would not be taken voluntarily. The term Demand-Side Management “DSM” has been taken over by the proponents of political conservation. Those who support the reasonable efficiency and the elimination of waste should let the political conservationists have the DSM term and use other words to describe what we favor.

DSM rose to regulatory prominence during the late 1980’s following the disastrous nuclear generation construction program of the electric utilities. The confidence of the utility industry and its regulators in high cost building programs had been shaken and they were open to other approaches to meet future energy demand. The DSM zealots made assertions like “if everybody used super-duper light bulbs, umpteen power plants could be shut down.” The notion sounded plausible, perhaps high efficiency could eliminate or at least reduce the need for future power plants. But to get “everybody” to do these nice things, it was assumed only a coercive tax and spend program with all-around regimentation of consumers would work.

Apocalyptic environmentalism was a major driver of early DSM initiatives. The environmentalists saw the crisis of global warming as being caused by fossil fuel consumption, which should, therefore, be curtailed to save the world. For these zealots conservation was too serious a matter to leave to voluntary efforts. In their view consumers were just too dumb to know what was good for them. The environmental activists entered the regulatory arena with visions of catastrophe dancing in their heads, as they put forth an agenda of central planning, social engineering and meddling in the household budget. The utilities and the regulators in general did not buy the disaster scenario of the environmental lobby. However, they were attracted by the prospects of expanding the scope of state regulation. They saw a chance to increase and intensify their control over customers, reduce the threat of competition and guarantee returns on poor investments.

Through processes known as “Integrated Resource Planning” utilities and state regulatory agencies tried to determine the least cost choices between supply side options and demand side options for making investment decisions. DSM programs are an assortment of give-away programs to retrofit buildings and subsidize energy-using equipment; they have high administrative overhead and provide incentives to the managing utility. By the mid 1990’s America’s utilities had spent tens of billions of dollars of their customer’s money on DSM programs with little to show for it. The electric industry was facing competition on the retail level and had excessive DSM costs shown as “regulatory assets” on its books. With competition on the horizon and DSM largely shown to be worthless, the utilities wanted to clean up their books by getting rid of the burden of DSM expenditures. The prospect of new competitors without the burden of worthless DSM carrying costs was perceived as a serious problem. DSM programs in America’s utilities went through a drastic reduction in the late 1990s as managed competition called “deregulation” was tried for retail power customers in many states.

With the collapse of managed retail competition, DSM made a comeback. It seems the opponents of DSM had failed to drive the proverbial wooden stake into its political heart. The threat of competition had played a larger part in the hiatus than DSM’s failure to deliver or the persuasiveness of its opponents.

The mandatory cross-subsidy of DSM can only be accomplished in a strictly regulated sector of the economy where the political machinery exists to shift money without consumer consent. The environmental lobby has not attempted such programs in other relatively free sectors of our economy. The environmentalists are staunch supporters of regulation and they oppose any moves toward competition. DSM agitation waxes and wanes in a counter-cyclic manner to the viability of competition in the electric utility industry.

In the first round of DSM programs, the industrial customers generally opposed their implementation during regulatory proceedings. Industrials did not believe the hype about conservation being an alternative to building generation; they argued that industrials could best do their own conservation and that industrials could not bear the tax necessary to subsidize others. The industrials, and the sound economists they employed, made amazingly accurate predictions about DSM’s failure. In many states industrials were allowed to opt out of paying for DSM programs. Most DSM programs are aimed at residential electricity users. In the comeback stage the environment lobby has left out the politically powerful industrials as a source of money for their pet spending programs. It is now the much less politically powerful commercial customers who are expected to bear a substantial portion the subsidy burden.

The Limits of Conservation

The assumption that there is a correlation between conservation and society’s overall energy use is wrong. Increased efficiency has consistently resulted to more, not less, energy use. Take the example of a typical household. If money is saved in the monthly budget from the use of high efficiency appliances, the family has more money available to spend on other things. Human wants are endless. With the newly available disposable income the family may take a trip to Hawaii, buy a SUV or have a hot tub installed on the deck. Virtually any new spending will involve additional use of energy. Modern TVs use less energy, so consumers now have multiple sets in the home and larger screens. Similar things happen in the business world. If a retailer cuts his cost through the use of high efficiency air conditioning, he is better able to compete for new business. A shopper in his store may now buy two sweaters instead of one due to lower prices. More sweaters means more energy used in their production and delivery. A manufacturer that reduces the energy use per unit of product will make more pounds of that product. The U.S. is not only the biggest user of energy in the world; we are the most efficient users. Increased efficiency and conservation will not reduce the economy’s overall demand for energy but will more likely continue to increase it. This curious and counter intuitive phenomenon has no public policy implications whatsoever. The federal and state subsidies and mandates for conservation have not and will not reduce energy demand in the aggregate. Nor should they try. Energy conservation is good for individuals because it raises their standard of living. Like virtue, energy conservation and efficiency are their own reward. We should be supportive of voluntary economic conservation but not expect it to necessarily slow the growth in the demand for energy.