Despite repeated pronouncements and predictions of doom and gloom by extremists, including President Biden, there are a lot of reasons to be optimistic.

WASHINGTON DC (April 21, 2021) – In advance of the 51st anniversary of Earth Day, the Institute for Energy Research (IER) highlighted numerous reasons for celebration and encouraged people everywhere to breathe a little easier when assessing our planet’s environmental state.

Economic prosperity, which is the product of both economic and political freedom, has produced a world where resources are more abundant than ever, notes IER. Over the past several decades, people in the U.S. and around the world have longer life expectancies, better infant survivals rates, and higher incomes per person. Acid rain, deforestation, smog and burning rivers are rarely talked about because societies as a whole are having a smaller impact on the environment. But what explains all of this monumental success is at the heart of IER’s “Breathe A Little Easier” message.

With an abundance of data behind it, IER highlighted numerous facts central to this theme: as economies grow, environmental degradation declines as people grow more prosperous. The Environmental Kuznets Curve (EKC) argument is an application of economist Simon Kuznets’ observations on income inequality to environmental quality. The EKC show that as economies grow from a pre-industrial state into what we know as a developed state, economic inequality initially surges, but eventually levels off, and finally falls resulting in increased environmental improvement. The resulting curve takes the form of an upside-down “U.” 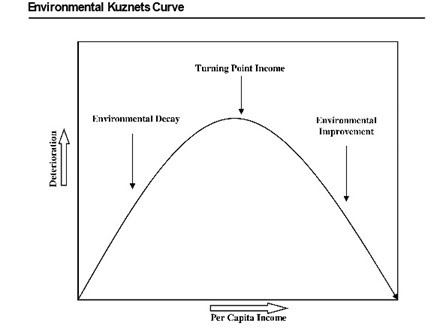 This appears to be an observable and repeatable pattern. One clear aspect is industrial efficiency gains driven by profit and loss and using less to achieve more is part and parcel with profitability. As industries and free markets naturally mature, they become better at maximizing their production and minimizing waste.

One of the best pieces of evidence supporting the EKC can be seen in air pollution in the United States. Between 1970 and 2018, U.S. gross domestic product increased 275 percent, vehicle miles traveled increased 191 percent, energy consumption increased 49 percent, and U.S. population increased by 60 percent. During the same time period, total emissions of the six principal air pollutants dropped by 74 percent. 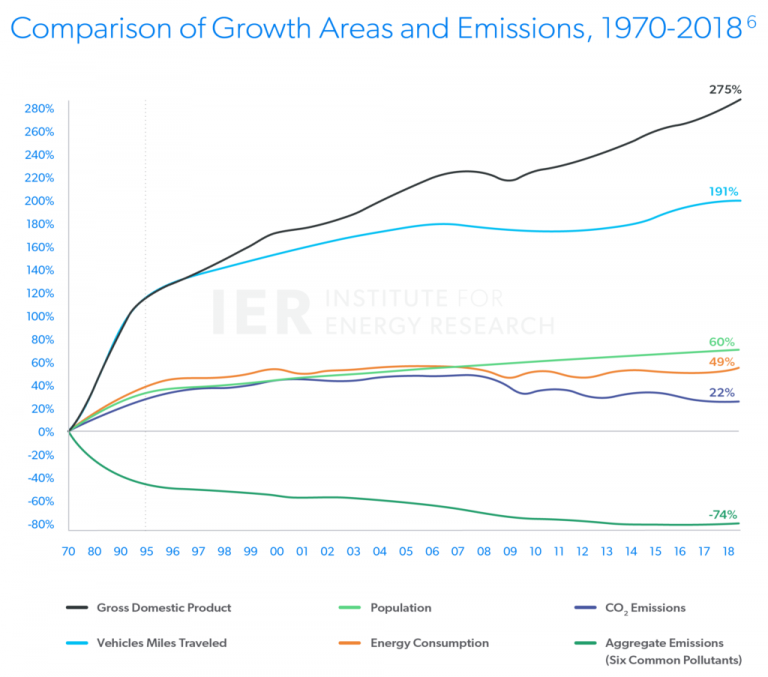 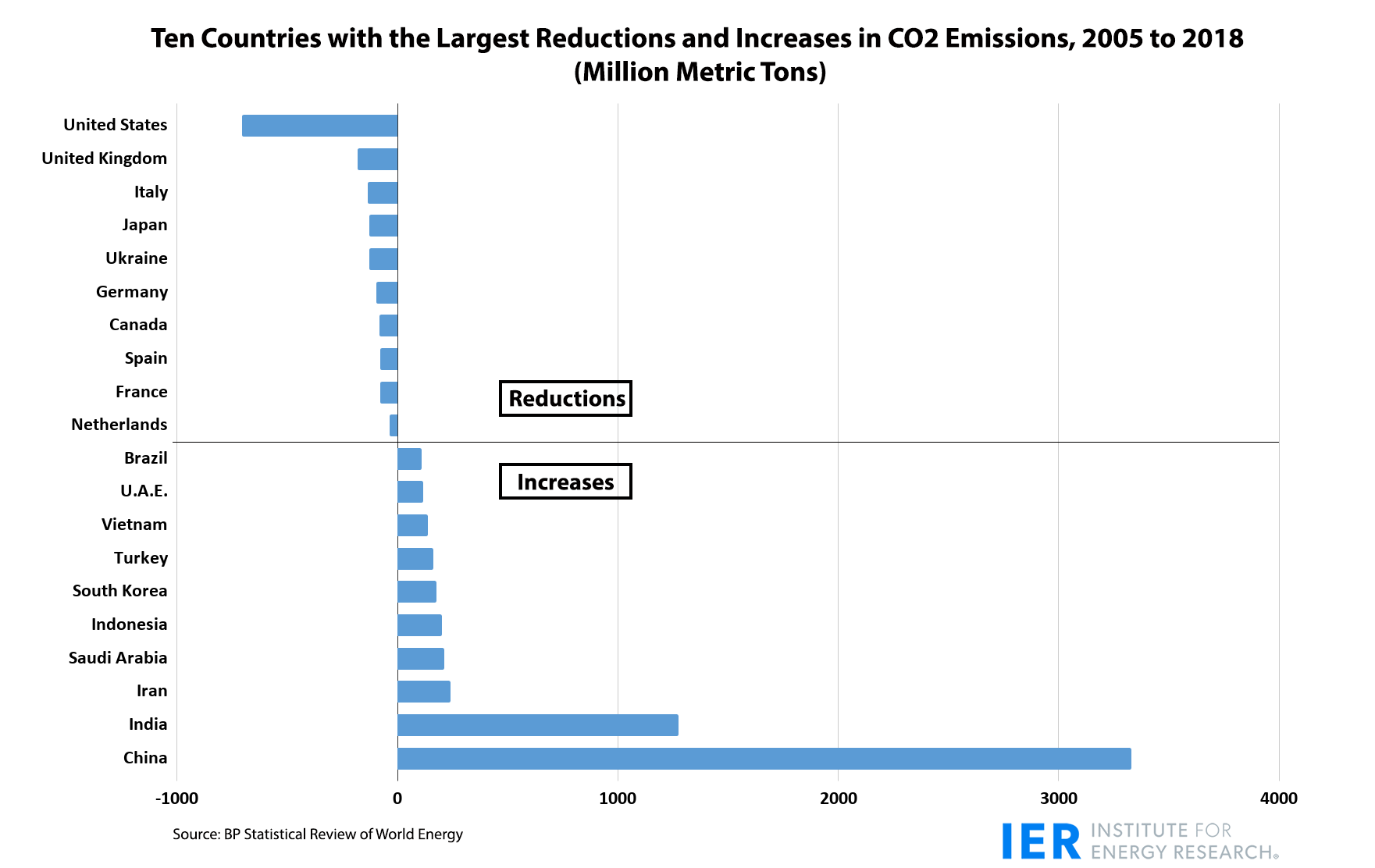 Despite the increased use of our natural resources in almost every sector, U.S. measurements of air pollutants are lower today than 5 years ago. 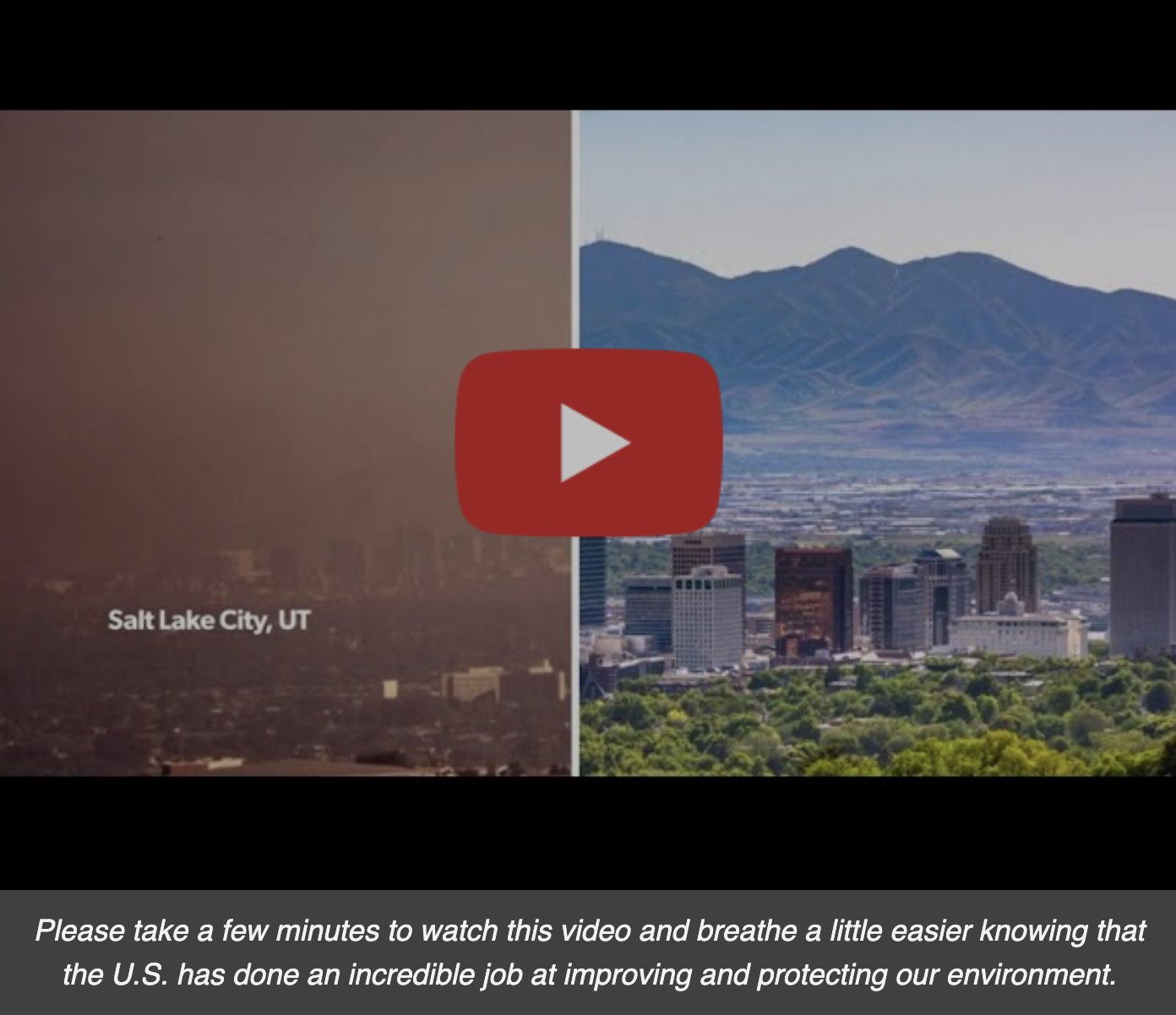 Please take a few minutes to watch this video and breathe a little easier knowing that the U.S. has done an incredible job at improving and protecting our environment.
On this Earth Day, lets breathe a little easier and encourage extremists to abandon their political programs that produce little in the way of tangible results, but frequently slows the rate of economic growth and human progress which is actually the driving force behind our improved environment.