Recently Bloomberg’s editorial board argued that the federal government should make the current moratorium on coal leasing permanent and stop coal leasing and coal mining on federal lands. Bloomberg’s argument, however, is economically illiterate and legally suspect.

Bloomberg makes several claims, all of which are dubious: 1) coal kills thousands of people a year, 2) stopping U.S. coal production would generate “climate dividends,” 3) coal leasing on federal lands is underpriced, and 4) a ban on leases would require no congressional action. Curiously missing from the editorial is a discussion of what their plan to ban coal leasing and mining would actually cost. Failing to address the economics is strange coming from a financial publication. Lastly, a piece calling for climate action from Michael Bloomberg’s news company is especially rich given his incredibly CO2-intense lifestyle.

Bloomberg’s editorial starts with the claim that “[a]ir pollution from coal-fired power plants caused an estimated 13,000 deaths in 2010.” This claim is false. The editorial cites a study that claims “fine particle pollution” is responsible for these deaths. (Fine particle pollution is another term for particulate matter in the air that is 2.5 microns or less in size—also known at PM 2.5.) Bloomberg’s claim can only be true if the Environmental Protection Agency (EPA) has been misleading the American people about its regulation of particulate matter. 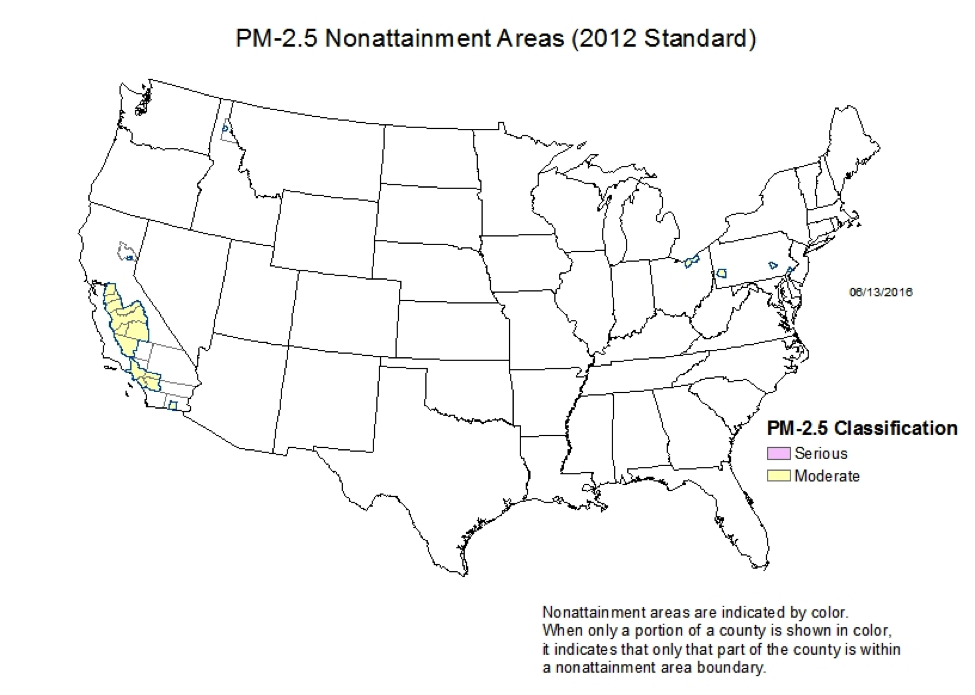 One of the important things to note about the map is that California, which has the biggest issue with particulate matter of all 50 states, has no coal-fired power plants. This means that coal-fired power plants are not causing areas to exceed the PM2.5 standard. In fact, as the map indicates, hardly any areas of the country, including where coal is a main source of electricity, exceed the standard.

The air pollution study Bloomberg cites assumes that there are quantifiable benefits to reducing particulate matter below EPA’s standard. If this were true, then EPA’s standard would be insufficient and the agency could be sued in court for setting the wrong standard. The fact that environmental groups have not sued and won in court—and continued the pattern of “sue-and-settle”—is strong evidence that the science does not support claims of harm from PM2.5 below EPA’s standard.

But that’s not all. The study is based on a presumption that statistical associations between ambient particulate matter concentrations and mortality are causal—in other words that particulate matter at levels seen in the United States today causes increased mortality.[2] This link is still debated and a study published in 2011 calls it further into question.[3] The 2011 study found that, based on location-specific trends, “we are not able to demonstrate any change in life expectancy for a reduction in PM2.5.”[4]

In other words, there is little reason to believe the study that Bloomberg cites. The reality is that today’s pollution control technology is so good that we can use coal without risking our health from pollutants.

Bloomberg’s editorial next argues that “there would be climate dividends” from stopping coal leasing. This is also inaccurate. According to the EPA’s MAGICC climate model, if the U.S. as a whole reduced ALL our carbon dioxide emissions by 2050, the climate benefit would be a mere 0.137°C savings in temperature rise by the year 2100. Given that coal only produces about one fourth of the U.S. total greenhouse gas emissions, stopping all coal leasing and mining would have miniscule climate benefits.

Bloomberg points out that “the federal government has been leasing coal mines on public land for just $3 dollars an acre.” More than anything this shows the authors’ New York City-based biases. Three dollars an acre might seem like a small sum compared to the price of land in New York City, but the locations of federal coal leases, such as the Power River Basin in Wyoming, are nothing like New York City. Here’s what the Powder River Basin looks like. 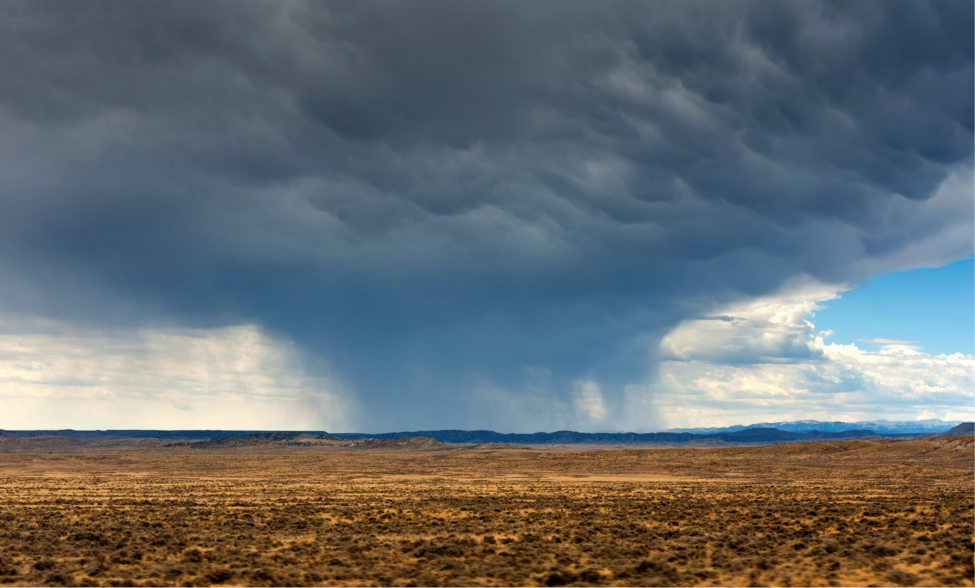 But more seriously, the federal government actually collects much, much more than $3 an acre from coal leases and Bloomberg should know better. In the editorial, the authors cite this page on the Bureau of Land Management’s (BLM) website to support their claim of $3 an acre. However, they seemingly ignore the fact that the very same webpage also shows that bonus bids and royalties once the coal is mined are also paid to the federal government.

Once the bonus bids, royalties, and various taxes are included, the government’s effective tax rate on coal from the Powder River Basin is 39 percent. As the National Mining Association explains:[5]

The problem is that Bloomberg chose to focus only on the $3 an acre lease rate without considering the royalties, excise taxes, and other costs.

Bloomberg seems to think that there would be nothing legally wrong with ending coal leasing on federal lands. Bloomberg writes:

Unlike most climate policies, a ban on new leases would require no congressional action. And unlike the power plant rules, which the Supreme Court has put on hold, leases are a simple legal matter: The government has clear authority to set the terms for mining on federal lands.

It is true that the federal government has clear authority to set terms for mining on federal lands. However, setting terms that create a de facto ban coal leasing would most likely violate federal law. The lands controlled by the BLM are managed under the Federal Land Policy and Management Act (FLPMA). FLPMA is a law that requires that federal lands be managed for “multiple use and sustained yield.” The law also provides that “the public lands be managed in a manner which recognizes the Nation’s need for domestic sources of minerals, food, timber, and fiber from the public lands.”[6] Minerals in this sense includes mining coal.

the Secreatry [sic] of the Interior shall, in his discretion, upon the request of any qualified applicant or on his own motion, from time to time, offer such lands or deposits of coal for leasing, and shall award leases thereon by competitive bidding or by such other methods

The Secretary of Interior does not have the discretion to offer coal leases or not. The law states that she shall offer leases.

The point is that, by law, coal mining is one of the specified uses of federal lands. If the administration were to create policies so onerous that mining could not occur, as Bloomberg wishes, those policies would violate the laws that govern BLM lands.

Bloomberg misses how costly getting rid of coal would be

This is why the Bloomberg editorial is so economically illiterate—it never considers that even though prices have fallen for solar and wind, electricity from these sources is still much more expensive than electricity from existing coal plants. This consideration is one of the main points of Economics 101—opportunity costs and tradeoffs—yet the editorial board at a financial news service published the op-ed with no mention of the cost of the policy it was promoting.

Bloomberg is blind to the effect an increase in the cost of electricity would have on the Americans who can least afford it. Many people in America, especially those on fixed incomes, already pay a large share of their income on energy prices, and Bloomberg’s editorial board thinks they should pay more. This is uncaring and unnecessary, and it illustrates further that the editorial board is completely out of touch with the America they can’t see from their skyscraper on Lexington Avenue.

Michael Bloomberg owns 88 percent of Bloomberg L.P. Bloomberg’s editorials obviously conform to his opinions, especially on subjects he cares about like global warming. On the issues of global warming and climate change, however, his beliefs are not consistent with his actions.

Recently Mr. Bloomberg claimed that global warming was “the most serious problem facing the world with the potential to literally destroy all life as we know it and turn this planet into a bare planet like Mars.” Mr. Bloomberg’s views are well outside the scientific consensus on climate change. The reports from the UN Intergovernmental Panel on Climate Change, which express the “consensus science” do not warn that rapid warming will turn the Earth into Mars and end life as we know it.

Given that Mr. Bloomberg claims to be incredibly concerned about greenhouse gas emissions, you would think that he would live his life in a way that suggests that climate change is a serious if not existential issue. But Mr. Bloomberg’s actions don’t align with his rhetoric.

When Mr. Bloomberg was mayor of New York, the New York Times reported that he spent many weekends at his house in Bermuda. He was so well known in Bermuda that he has his own booth at a steakhouse and cab drivers know Mr. Bloomberg by sight.

This is all well and good. There is nothing inherently wrong with someone choosing to spend their wealth to travel frequently via CO2-intensive means like airplanes. However, if you believe that carbon dioxide emissions—such as those emanating from jet engines—are “the most serious problem facing the world” and that these emissions could turn the Earth “into a bare planet Mars,” then how could you justify traveling by jet for leisure?

Bloomberg’s editorial on ending coal leasing on federal lands does not stand up to scrutiny. Coal does not produce the environmental or public health harms that Bloomberg claims. Coal companies pay much more than merely $3 an acre to mine coal. In fact, coal companies pay an effective tax rate of about 39 percent. Ending coal leasing altogether by regulatory fiat would likely violate federal laws. After all, federal laws were designed for “multiple uses” which definitely include coal mining. Lastly, Bloomberg’s editorial position makes much more sense when we consider that Michael Bloomberg’s stance on climate in incoherent.

Maybe most appalling is that Bloomberg does not consider the high cost people would have to pay if coal leasing and mining ended. Even new natural gas power plants are much more expensive than electricity from existing coal plants. Low-cost coal is one of the reasons the United States has low electricity rates. Sadly, people like Mr. Bloomberg are working to drive up electricity rates based on their mistaken and unscientific belief that global warming could turn the Earth into Mars. Mr. Bloomberg and his editorial board need to come back to earth.

[2] For more on this, see the work of Anne Smith e.g. http://www.nera.com/content/dam/nera/publications/2015/PUB_Smith_EPA_Testimony_0215.pdf

Gasoline Vehicle Purchases on the Rise