President Obama told America in 2008 that “if you want to build a coal plant, you can, but it will bankrupt you.” Now, he is using EPA’s ‘Clean Power Plan’ to hurt the states that generate power largely from coal—states that have the lowest electricity prices in the nation due to their inexpensive and dependable coal-fired generation. President Obama wants to close these coal-fired power plants down prematurely and build wind and solar plants in their place independent of the quality of wind and solar resources in the state. He will be closing plants that generate electricity for a mere 3.84 cents per kilowatt hour and replace them with plants that are about 3 times more expensive.[i] And now, American electricity consumers and taxpayers—who will be providing lucrative subsidies for these new plants—will be footing the bill.

In his fiscal year 2016 budget proposal, President Obama requested Congress to fund the major federal wind subsidy (the production tax credit or PTC as it is commonly called) permanently.[ii] For the past 23 years, the American taxpayer has subsidized wind power to the tune of tens of billions of dollars. The PTC pays the wind operator 2.3 cents for every kilowatt hour that wind energy is produced for the first 10 years of operation. When the PTC was retroactively extended at the end of last year, it was estimated that the retroactive extension alone would cost $6.4 billion.[iii] 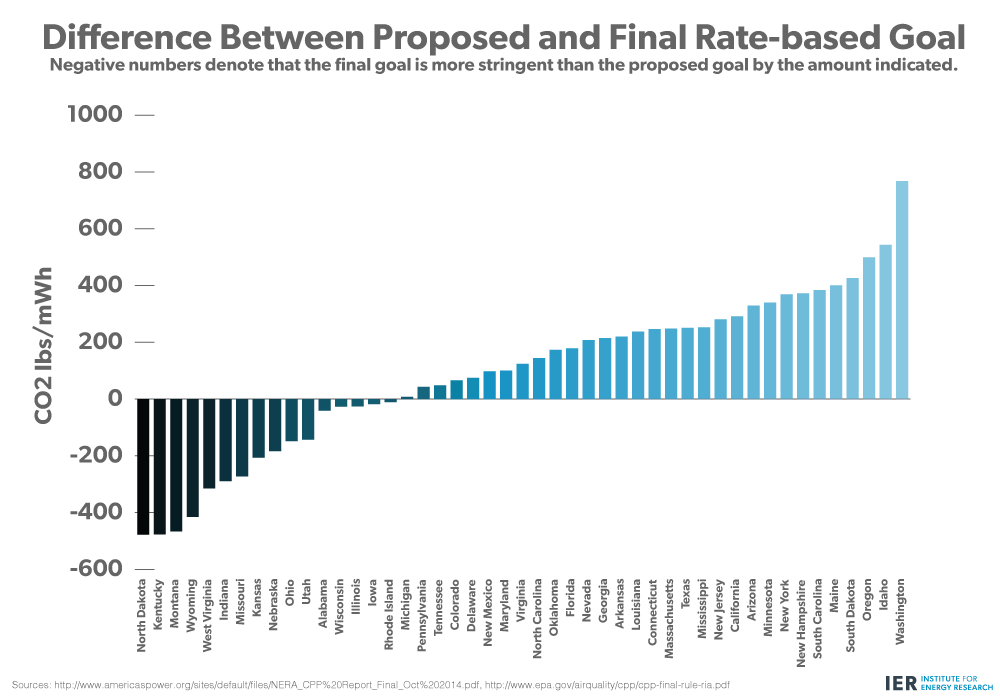 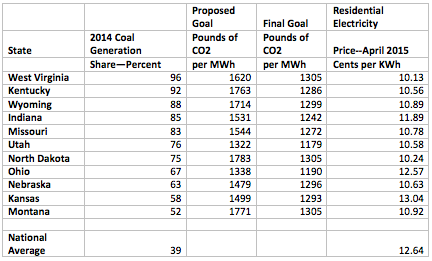 According to EPA, under the final Clean Power Plan, by 2030, renewables will account for 28 percent of the nation’s capacity, up from 22 percent in the proposed rule and 15 percent today.[vii] As can be seen from the table below, most of the growth is in non-hydroelectric capacity, which increases its share by over 6 percentage points.

The final ‘Clean Power Plan’ rule is a war against coal and a mandate to construct expensive renewable (wind and solar) capacity. The only way this happens is by using taxpayers’ funds to pay for large subsidies to renewable plant operators and investors and forcing American consumers to endure higher electricity costs. According to the Energy Information Administration, residential electricity prices would be 16 percent higher by 2030 due to the earlier proposed rule and other EPA regulations than prices today.[viii] Given that the final rule is more stringent, requiring 9 percent more reductions in carbon dioxide emissions from existing power plants,[ix] and mandating more high-cost renewable technology to be constructed in place of the retiring coal plants, prices should be even higher under the final rule. This is not a good investment for America, as China will replace whatever reductions in carbon emissions we do achieve in a very short time and global temperatures will be just 0.02 degrees Centigrade lower—a miniscule amount.[x]

The impact of the President’s plan on global warming is virtually nil – even using the EPA’s own modeling. Since the cost of the plan is so high, and involves an entire makeover of our electricity production system, Americans should be asking themselves whether this makes any sense at all.

[ii] The Hill, What do we have to show for government subsidies of wind power?, February 24, 2015, http://thehill.com/blogs/pundits-blog/energy-environment/233562-what-do-we-have-to-show-for-government-subsidies-of

Shell's Permit to Drill is a Victory for American Energy Security