For Immediate Release
From The American Energy Alliance
February 21, 2012

WASHINGTON D.C. —  The American Energy Alliance released Tuesday a video telling the story of Craig, Colo., a small town of approximately 10,000 people and home to the Centennial State’s largest coal-fired power generating plant.  But due to Colorado’s energy mandate that requires 30 percent of the state’s electricity generation come from wind, solar, and other renewable sources by the year 2020, and an increasingly hostile regulatory regime at the federal Environmental Protection Agency, Craig is facing tremendous economic uncertainty.

“Everybody in that town is tied to coal-fired energy. If those coal units shut down, and if the coal mines shut down, then Craig shuts down,” noted AEA President Thomas Pyle.

“Between EPA’s plan to retire 10 percent of the nation’s coal-fired generating capacity and onerous state renewable mandates, the Obama agenda is clear: bankrupt the people who are providing affordable coal-fired energy and turn places like Craig into a Ghost Town.

“Really what’s happening in Colorado is a perfect storm of federal regulations hammering down on the energy industry and state regulations that are having a tremendous impact on the cost of electricity.”

The AEA-produced video profiles the damaging effects that state and federal regulations are having on Craig’s economy. Among the people experiencing the regulatory shakedown are Frank and Kerrie Moe, small business owners who operate one of Craig’s only hotels.

“Whether it’s the power plant or the mines or the supply companies, I’d say about 60 percent of our business is energy-related,” Frank Moe explains in the video.

“It was the first time that we’ve been in business in 15 years that we were forced into doing layoffs,” Kerrie Moe added.

The video is a part of AEA’s Energy For America campaign, a joint effort with The Institute for Energy Research and Americans for Prosperity to educate people about North America’s abundant natural resources and the perversity of federal and state policies that limit access to these resources.

To watch the video “The Perfect Storm Over Craig, Colorado,” click below: 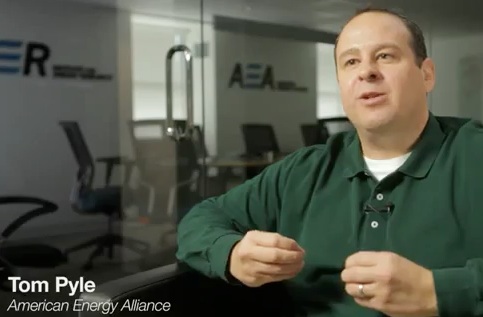 To read more about the harmful effects of EPA’s regulatory assault on coal-fired power, click here.

Not even China can save the wind industry