Last November, President Obama made a deal with China, pledging that the United States would reduce its net greenhouse gas emissions by 26 to 28 percent below 2005 levels by 2025 and in turn that China would peak its carbon dioxide emissions around 2030 and increase the non-fossil fuel share of all energy to around 20 percent by 2030.[i] According to the International Energy Agency (IEA), this grand deal of Mr. Obama’s means that China will be emitting 2.5 times the carbon dioxide emissions that the United States is expected to emit by 2030.[ii]

This must make some sense to President Obama and his EPA, but it should make no sense to the American public, who will be paying higher electricity prices, and seeing no significant gain in emission reductions, and no reduction in temperature increase. According to the Cato Institute, EPA’s so-called Clean Power Plan will lower temperature by only 0.019 degrees Centigrade[iv] in the year 2100 —a miniscule amount. Americans see much greater variations in temperature in their daily lives. In fact, 19/1000ths of a degree Centigrade would be virtually undetectable, and is meaningless in any climate change discussion.

Despite touting that China is spending more on renewable (non-large scale hydroelectric) energy than the United States, China’s generating capacity is still 65 percent coal and 21 percent hydroelectric. Wind’s share of total capacity is 6 percent, though not all of it is integrated with the country’s electric grid. Natural gas has a 3 percent share of China’s generating capacity since the country is not endowed with much easily recoverable gas; all other fuels have a 1 percent share. (See chart below.) 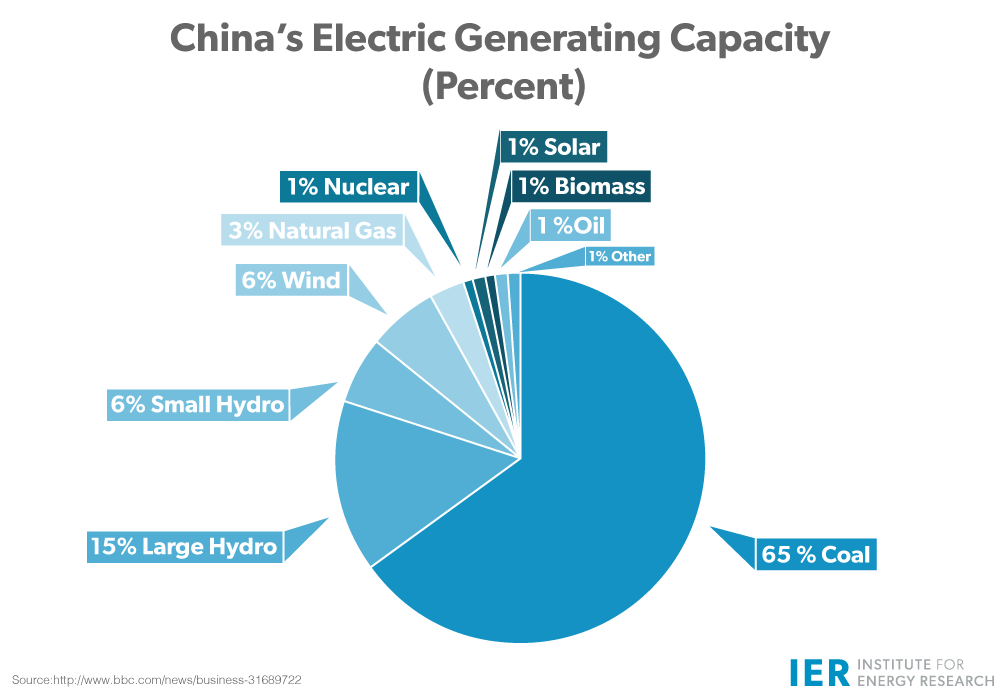 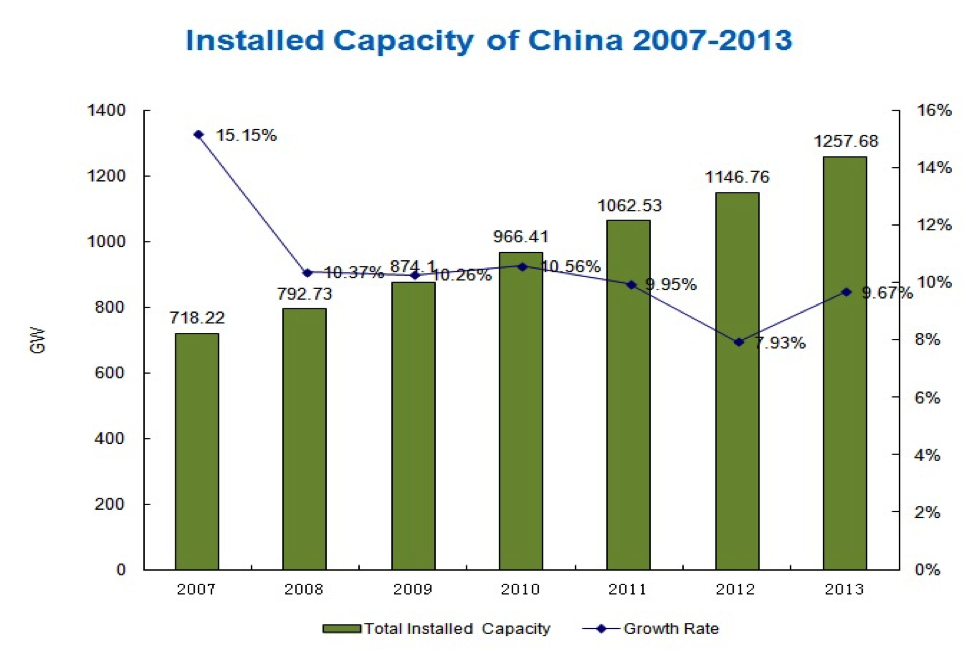 Likewise, electricity generation has been sky rocketing in China–growing at an average of 8.7 percent a year between 2007 and 2013. China produced 5.4 trillion Kilowatt hours of electricity in 2013—compared to 4.1 trillion Kwh produced in the U.S., 32 percent more. According to the BP Statistical Review, this trend is continuing–China generated 31 percent more electricity in 2014 than the United States.[viii] 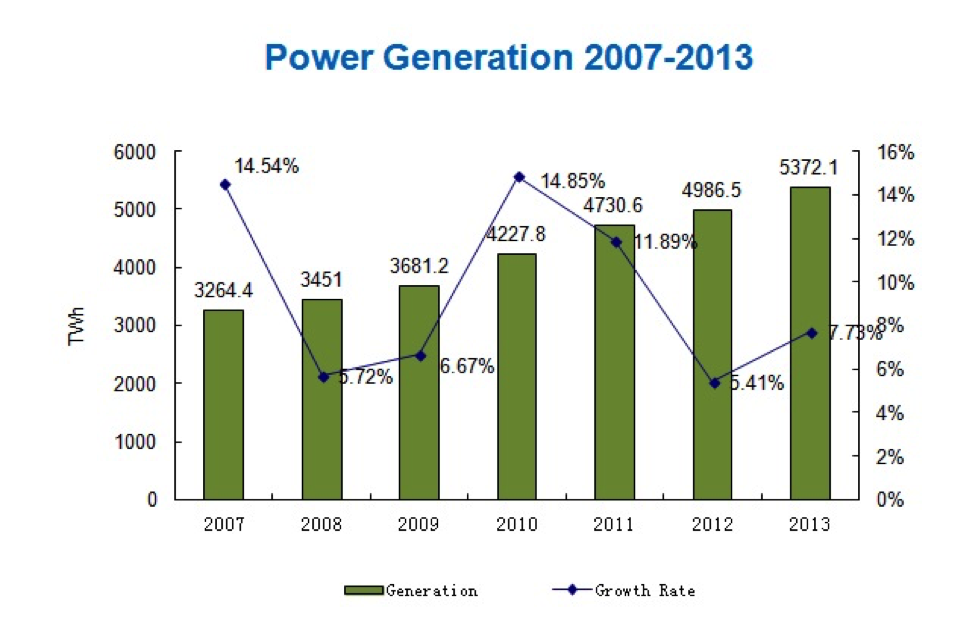 China generates most of its electricity from coal. It has the third largest coal reserves in the world. The United States has the largest coal reserves and Russia is second. Northern and northwestern China, especially the Shanxi and Inner Mongolia provinces, hold most of China’s coal reserves that are easily recoverable. Although it has less reserves, China produces about four times as much coal as the United States, consumes it all, and imports more to meet demand.

President Obama is making deals with China which will allow them to use more coal to power its factories, make steel, and increase its economy. Under the deal, China is expected to emit 2.5 times as much carbon dioxide as the United States will be allowed to emit in 2030, when they say they may begin reducing emissions. Meanwhile, President Obama’s EPA, through his ‘Clean Power Plan’ will hurt Americans in the very near term with higher electricity prices and decreased reliability of their electric generating grid. All of this pain comes with no real temperature change.[ix] This is a terribly unfair deal for Americans, but a great one for China.

Methane Regs Are About Power, Not Pollution