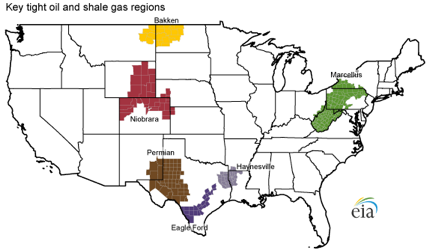 EIA analyzes drilling efficiency using the average number of wells a rig can drill over a period of time as well as a measure of how productive each new well is expected to be. EIA estimates drilling efficiency (the number of wells drilled per rig each month) by tracking the number of rigs in a play as well as the number of new wells started each month. It then uses an appropriate lag for each region based on changes in the rig count relative to changes in new-well counts to estimate how many new wells were started and should begin producing. After drilling, the time it takes to prepare a well for production can vary due to the availability of completion crews, market pricing of the commodity, and/or lack of infrastructure to move the product to market. The graphs below show the drilling efficiency and well productivity for the Eagle Ford shale formation. 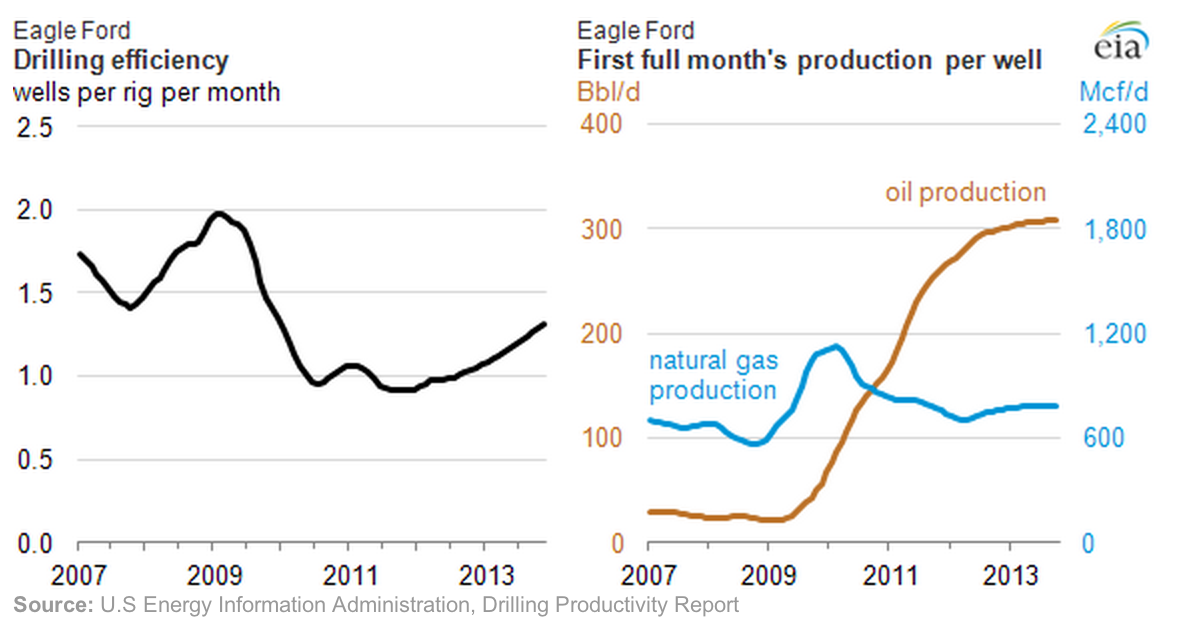 New-well production per rig by region

*EIA has expanded the Permian and Eagle Ford regions to include more counties. The expanded geographic regions increase historical production levels because production from all wells contained within the regional boundary is included. Source: Energy Information Administration, http://www.eia.gov/petroleum/drilling/

Estimated Oil and Gas Production for the Eagle Ford Basin (November vs. October)

The next set of graphs compare the current rig count to the estimated number of rigs needed to sustain the prior month’s production for oil and natural gas for two shale regions: the Bakken in North Dakota and Montana and the Eagle Ford in Texas. The fact that the rig current is more than what is needed to sustain production is indicative of the large increases in domestic oil and natural gas production that the nation is seeing. 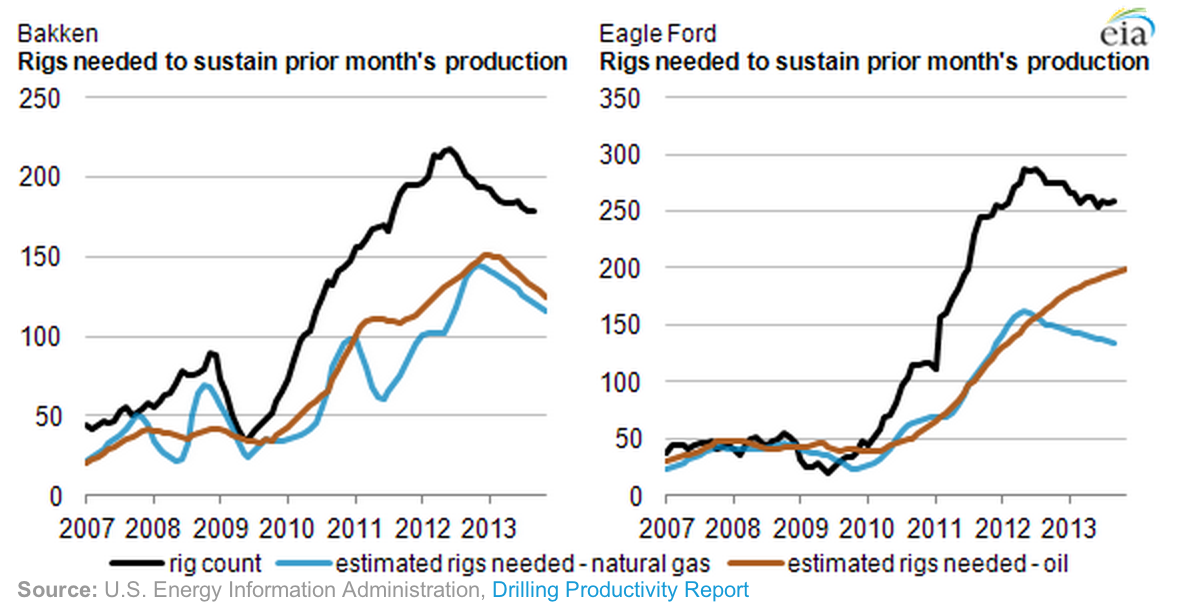 Oil and Gas Production for the Six Basins

A summary of the main findings include[ii]: