The Mercatus Center just published a new paper explaining how federal regulations actually discourage energy development, even low-impact renewable energy development. The Mercatus paper tells the story of how Logan, Utah developed a micro-hydro plant that cost almost $3 million in the U.S., but would have only cost between $225,000 and $375,000 in Canada. The reason the project was 10 times more expensive in the U.S. than in Canada was the Federal Energy Regulatory Commission’s (FERC) regulations.

Seventy percent of Logan City’s drinking water supply comes from DeWitt Springs located up Logan Canyon. In 2008, the city updated the water line from the springs, increasing both the water supply and the pressure of the line. But the increased pressure necessitated improvements in the pressure reduction valves. The city realized that instead of just installing new valves, they could install a micro-hydro turbine that would help to reduce pressure and generate low-cost renewable energy for the city. 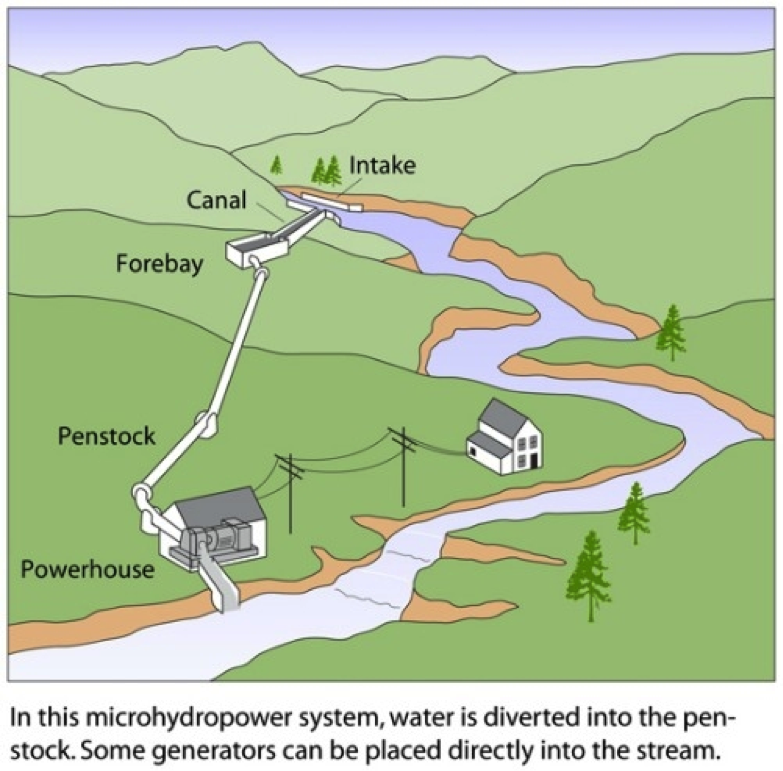 The problem for Logan City is that FERC has the “exclusive authority to license most nonfederal hydropower projects” according to the Federal Power Act and FERC’s licensing processing can be long and costly, requiring permits from as many as 25 different regulatory agencies.

As the Mercatus paper explains:

Although it is tempting to point to one specific regulation as the root cause of today’s impediments to small hydropower development, a federal nexus is the real problem. FERC’s responsibilities include implementing and ensuring compliance with a laundry list of legislation, including the Energy Policy Act of 2005, the Federal Deepwater Port Act of 1974, the Clean Air Act, the Clean Water Act, the Coastal Zone Management Act, the Endangered Species Act, the Fish and Wildlife Coordination Act, the National Environmental Policy Act of 1969 (NEPA), the National Historic Preservation Act, the Rivers and Harbors Act, and the Wild and Scenic Rivers Act (FERC 2013a). Navigating this regulatory nexus can be complicated, time-intensive, and costly.

For Logan, Utah it was indeed complicated, time-intensive, and costly. Despite the fact that the Dewitt pipeline is not new (it was built in 1934 and upgraded in 1949)[1], would not withdraw water from a river nor return water to a river, and the project not require a new pipeline nor new construction outside of existing buildings, FERC required the city to prepare a preliminary Environmental Assessment (EA) under the National Energy Policy Act (NEPA). Ironically, the city had to do a preliminary EA in order to get a NEPA waiver from a full-blown “environmental impact statement,” or EIS.

The city also had to analyze the impact of the project on endangered species under the Endangered Species Act, even though the project did not require a new pipeline, or a new building, and did not return the water to the environment.

FERC also required Logan City do conduct an assessment under the National Historic Preservation Act to determine the potential impact on “historic properties.” This is despite the fact that the only construction would occur within an existing structure.

All told, these analyses drove up the cost of installing a 200-kilowatt micro-hydro turbine to nearly $3 million. For sake of comparison, the Mercatus paper notes that a similar project in Canada would only cost between $225,000 and $375,000.

Sadly, Logan might have gotten off easy. Barre City, Vermont has spent seven years trying to install a 15 kilowatt micro-hydro turbine and Afton, Wyoming has spent $7.5 million ($5.6 million in regulatory compliance costs) to put in a micro-hydro facility.

It is hard to understand how a nation that has built the world’s greatest economy can long endure if our regulatory costs result in energy facilities that are priced ten times as high as other advanced countries.