This week, the Institute for Energy Research submitted the following comment on the Obama administration’s proposed Five Year Offshore Oil and Gas Leasing Program for 2017-2022:

The Institute for Energy Research believes that the proposed 5-Year Leasing Program for 2017-2022 is wholly inadequate for the nation’s needs. In the findings of the Outer Continental Shelf Lands Act, Congress declared that “the outer Continental Shelf is a vital national resource reserve held by the Federal Government for the public, which should be made available for expeditious and orderly development, subject to environmental safeguards, in a manner which is consistent with the maintenance of competition and other national needs.” This plan fails to meet the intent of the law that the OCS be made available for expeditious and orderly development and does not meet the nation’s needs.

Before we comment on the OCS leasing program, it is first important to understand why access to energy resources is critical. The short answer is that the world has inexpensive oil prices today (ie. $45 a barrel instead of $100+ a barrel) because of U.S. oil production (with some help from Canada). 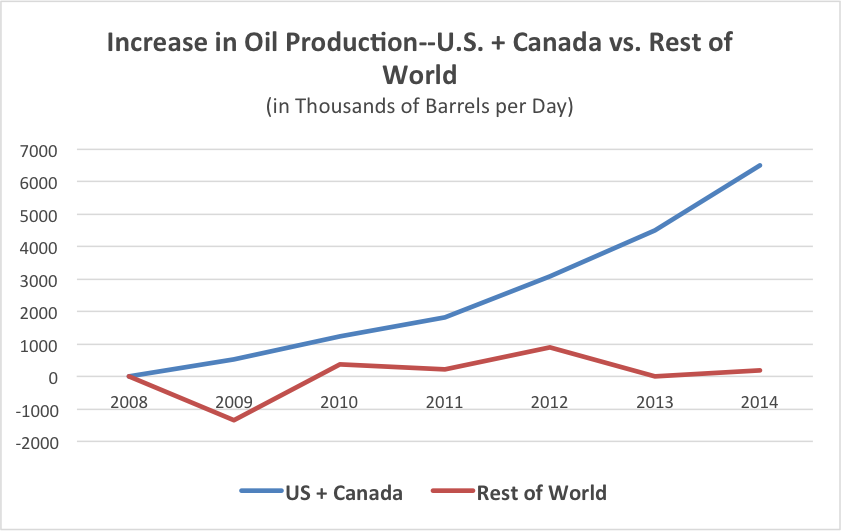 The U.S. led the way on oil production and the result is much lower oil prices. This production, as government data shows, came from private and state lands, not federal lands. If the federal government controlled all of the subsurface resources in the United States, the world would almost certainly have oil that costs $150 a barrel instead of less than $50 a barrel. After all, Energy Information Administrator Adam Sieminski said, “If we did not have the growth in North Dakota, in the Eagle Ford and the Permian, oil could be $150 (per barrel).”[3] The key to sustainably low oil prices is access to energy resources. This OCS program, however, does not provide much access.

Even prior to the decision to remove the Atlantic Lease Sale from the draft, this plan was the most anemic offshore leasing program proposed in decades, in that it offered the fewest number of lease sales. As a consequence of removing the Atlantic Sale, it concentrates an entire nation’s lease sale program in a small portion of Alaska and Central and Western Gulf of Mexico. The over reliance on just a portion of the Gulf of Mexico for nearly the entire U.S. OCS leasing program time after time—which this five year plan proposes—is a serious geological, economic and historical mistake. The Gulf of Mexico is the most hurricane-prone area of the country, and placing all—or nearly all—of the government’s leasing in this area—and excluding leasing in other parts of the 1.76 billion acres of federal holdings in the OCS is short-sighted and foolhardy.

The consequences of such an underwhelming 5-year plan means that knowledge that could be advanced about our nation’s oil and gas potential will be put off for that much longer. Consider the following charts showing the change in geological estimates over time of Alaska’s OCS versus the Gulf of Mexico: 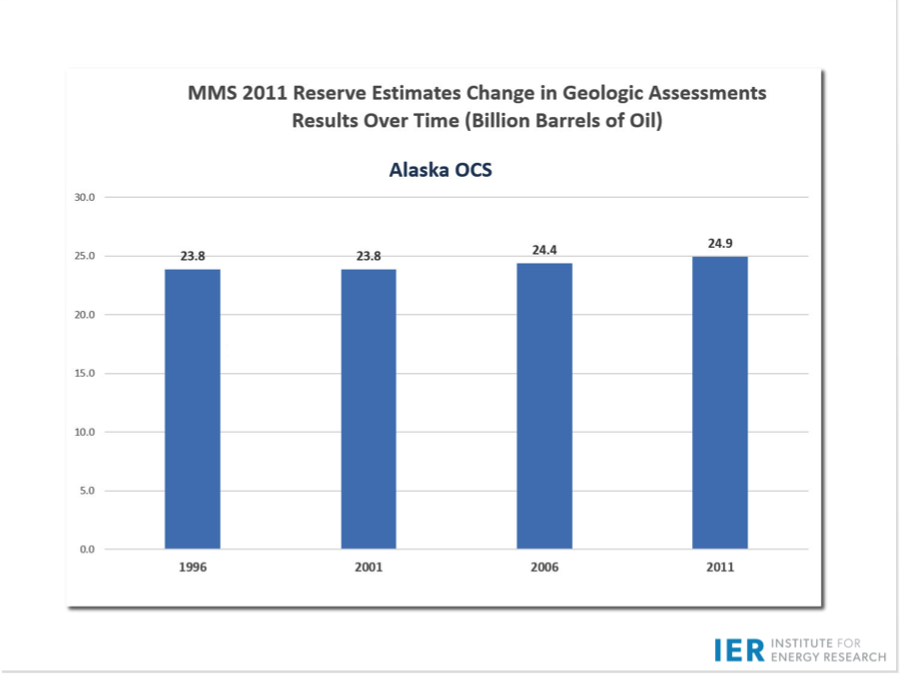 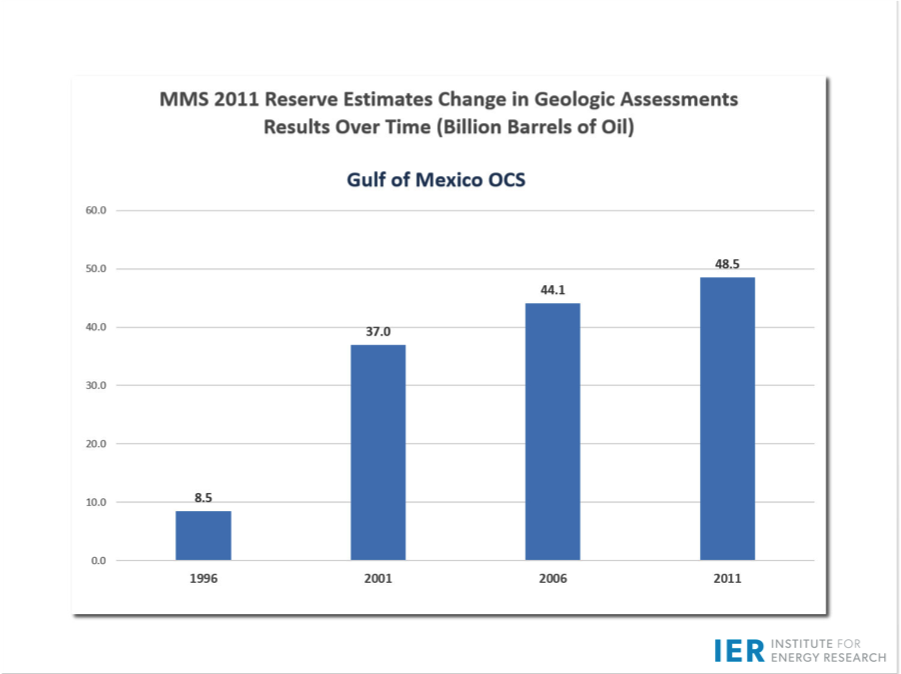 The Institute for Energy Research is very familiar with the history of federal energy leasing and its benefits to our national economy. Interestingly many of the benefits of leasing are in the short term, rather than the long term, as is the common understanding. Clearly, royalties do not flow immediately from holding lease sales, but the sooner the lease sales happen, the sooner multiple economic benefits occur. And those benefits are massive. The current 5-year plan postpones all of those benefits and jobs for Americans and deprives state, local and federal governments of enormous amounts of revenue.

In Dr. Joseph Mason’s December 2015 study of the extended benefits of opening to energy leasing those areas closed to leasing, he found that the continuing economic benefits, including benefits to economic growth, wages, jobs and federal, state, and local tax revenues from opening federal lands and waters to oil, gas and coal leasing would produce the following:[4]

While his study included onshore lands and coal leasing, a huge amount of this potential increase to our national economy and our jobs would flow from a much more robust 5-year plan. This is the opportunity cost to our economy of the most anemic leasing plan in decades.

The Institute for Energy Research believes it is time for the Department of Interior through the BOEM to take its obligations to taxpayers, the nation’s well-being and our nation’s security seriously. This plan is a far cry from a serious response to the serious economic, energy and national security challenges our nation faces in the future. The American people deserve better.