Obama Administration’s Energy Policies Do Not Compute, But China’s New Supercomputer Does. 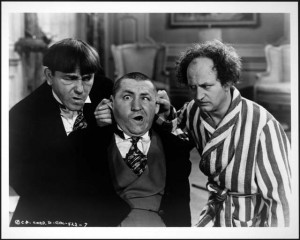 The Obama Administration continually warns Americans that if we don’t swallow energy taxes, mandates and government-forced conservation, China will defeat us in the “race for green energy.”  Their permitorium on the Outer Continental Shelf, their denial of energy permits in Alaska, their war against America’s largest-in-the-world coal supplies, their deliberate spiking of America’s largest-in-the-world oil shale supplies and their largest-in-the-world Red Tape EPA job-killing juggernaut combined with their Three Stooges approach to nuclear power – “we’re for it, but we’re shutting down Yucca Mountain and delaying permits….sue us” — is the largest assault against energy security in the history of the United States.  And this includes when Nazi U-Boat wolfpacks roamed the east coast and Gulf of Mexico during World War II, sinking every oil and fuel tanker in sight.

The Obama Administration is either making up energy statistics or they are woefully ignorant, as the record of China is clear.  In order to lift its people from poverty to plenty, China has embarked on the greatest expansion of energy use of all kinds in world history.  They use 3.5 times more coal than the US, and long ago surpassed our economy in carbon dioxide emissions.

This year they passed the United States as the #1 consumer of energy in the world, a title we had held for over a century.  Unlike the Obama Administration, the Chinese are developing their oil shale resources.  They are welcoming investment in their offshore oil industry and are planning to build 2 dozen nuclear power plants while the US dithers over the permit for 1.  While US politicians and the Obama Administration call for the removal of dams and their renewable energy, China in the last decade has added more hydroelectric capacity than the US has built since 1776. The race the Administration is running is the race to second place, while China is gunning to be number 1.

And they don’t intend to do it with phony “green energy,” although their mining of rare earth minerals essential for these boutique sources of energy means they control 97% of the world’s supplies, while the Administration pursues anti-mining policies here at home. Proof arrived just today, with the announcement that China had unveiled a new supercomputer that is 1.4 to 2.6 times as fast as the fastest computer in the US.

What is the computer going to be used for?  Solar panels? Windmills?  Butterfly Power?  Hardly.  As the China Daily reports, their new computer “has begun trial use among target clients including….the National Offshore Oil Corporation data center.”

They’re going to use it to look for offshore oil.  Something the Obama Administration won’t let us do.