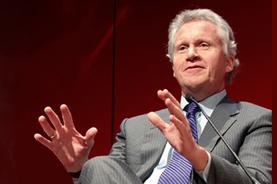 General Electric CEO Jeff Immelt might have been right when he called the U.S. government’s energy policy “stupid” last month, but if it has been stupid, it has clearly been stupid in Immelt’s favor, giving hundreds of energy grants worth hundreds of millions of dollars to GE over the last decade. An IER examination of federal energy grants has found that GE has received just short of $300 million in grants from 2000-2010.

On just three days in 2008 alone, GE conglomerate GE-Hitachi received grants of $20 million, $17 million, and $15 million, but these large sums miss how constant the flow of federal money has been to General Electric’s energy division. IER has found 280 separate monetary grants to GE since 2000—in other words, GE averages better than 2.3 federal energy grants every month.

All these subsidies explain why GE invested an average of $19.5 million each year from 2000-2010 not in creating affordable energy, but in lobbying the government for more subsidies. $300 million in energy grants (in addition to the millions in subsidies its other divisions receive) is apparently not enough for Immelt—it’s no wonder he prefers communist China’s energy policy where the government has no limits on how much they can redistribute wealth from productive to unproductive companies.

Obama Administration’s Energy Policies Do Not Compute, But China’s New Supercomputer Does.