The Institute for Energy Research did just that. The Department of Interior raises revenues from the sale, rent and royalties of energy and minerals on government lands. We compared those revenues for fiscal years 2005 to 2012 to understand the trend and to determine what opportunities may exist for obtaining additional revenues during this time when the nation is faced with the ‘fiscal cliff’ and taxpayers are being threatened with higher taxes. 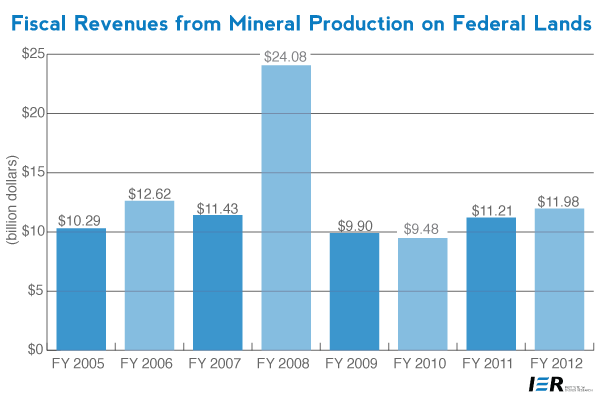 The Office of Natural Resources Revenue (ONRR) updated its revenue data for fiscal year 2012 from the royalties, rents, bonuses, and other revenues that mineral royalty payers report to ONRR.  A royalty is due when production begins and is the stated share or percentage of the amount or the value of the energy product or mineral produced.  Rents are annual payments required to preserve the rights to a lease while the lease is not in production. Rents are normally a fixed dollar amount per acre and a rent schedule is established at the time a lease is issued, along with “due diligence requirements” and time limits for holding the leases.  Bonuses represent the cash amount successfully bid to win the rights to a lease and are in addition to the rent and royalty obligations specified in the lease.[i]  Bonus bids are made on leases where the economic factors are expected to be quite favorable regarding the leased property.

Clearly, in fiscal year 2008, the government was providing attractive properties that the energy and mineral industries were interested in leasing. For example, in a 2008 lease sale in the Chukchi Sea, it was estimated that the lease sale would garner $68 million dollars. Instead, the government earned $2.6 billion in the sale: Shell Oil spent $2.1 billion for its tracts; Statoil, a Norwegian oil company, spent $23 million to acquire exploratory rights in 66 tracts; and Conoco Philips acquired 98 leases paying the government $506 million.[iii] 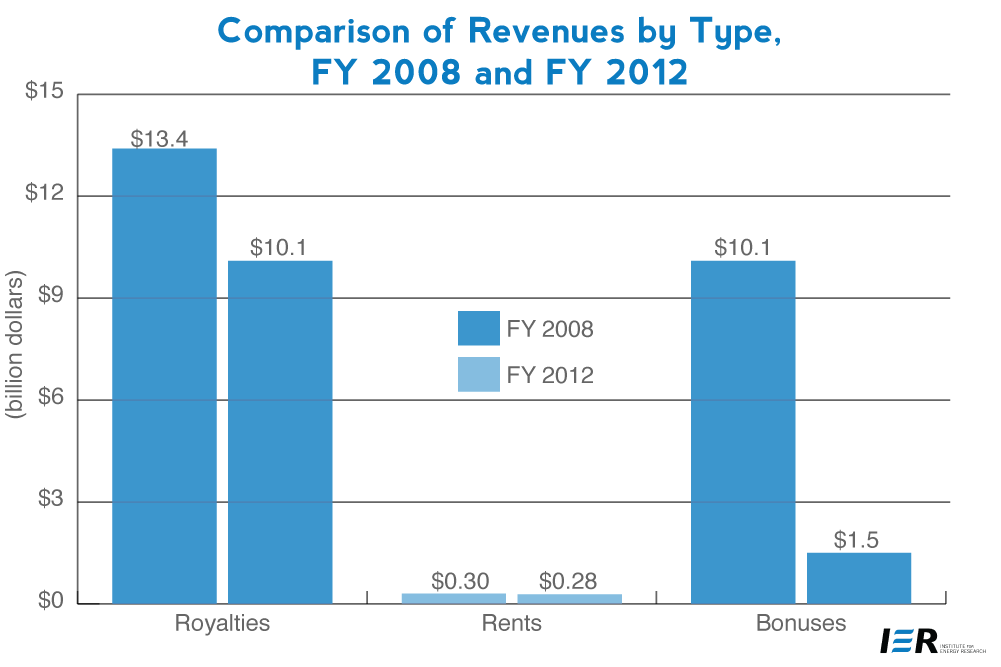 With an aggressive pro-energy leasing program, the United States could raise another $12 to$15 billion per year which would ignite further investment in domestic energy production, generate new jobs, and pay additional benefits to the Treasury. Of course, along with a pro-leasing program, the federal government would also need to modify its permitting procedures to make them more palatable to industry. As it stands now, it takes over 300 days to process a permit to drill on Federal lands onshore, while it takes less than a month to process a permit to drill on state lands. 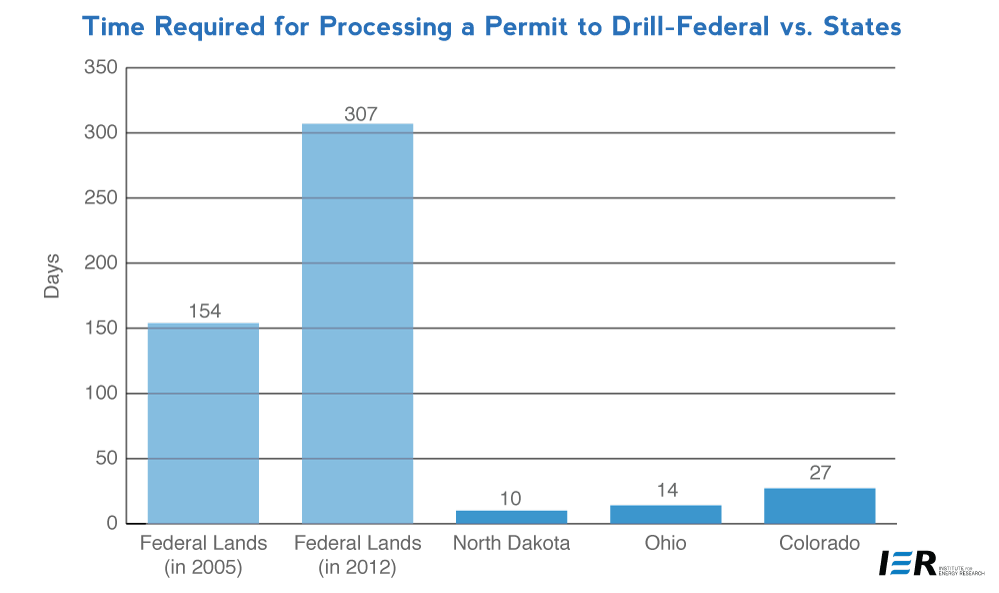 Instead of promoting a vigorous leasing and permitting program which would generate the aforementioned benefits on lands and waters that the taxpayers own, the Obama Administration[iv] has proposed to increase taxes on the oil and gas industry which would hurt the small independent oil and gas producers who drill most of the wells in the United States, in turn hurting domestic production of oil and gas.  Many of their proposed tax increases would treat the oil and gas businesses in the U.S. different than all other manufacturing firms.[v]

This is noteworthy because the rise in domestic exploration and production — principally on non-federal lands in places such as the Bakken and Eagle Ford formations – is one of the very few bright spots in an otherwise dreadful economy.  The government could be bringing in 3 to 4 times the $4 billion  in oil and gas industry tax deductions if only it valued the leasing and development of its vast natural resources. The United States could be benefiting from the oil boom that has surfaced in North Dakota where the unemployment rate is just 3 percent and the state gross product is growing at 7 percent annually.

The Myth of Wind and Solar Energy: They Are Not Free