China can build a Western-designed nuclear reactor in 46 months, or less than 4 years. That’s quite a feat considering that it takes France almost 6 years to build one. And, it costs the Chinese 40 percent less, around $4 billion, compared to almost $7 billion for France. How do the Chinese accomplish such a task when France, a country with lots of experience, takes longer and spends more? First, there is minimal red tape, so plants are approved quickly. Second, financing of capital is available through state ownership of the industry. Third, low-cost labor is available with experience in the construction of major infrastructure projects.[i] 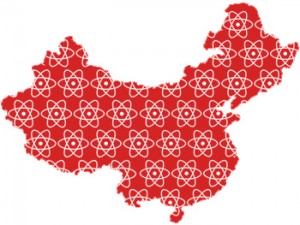 In the United States, environmental and regulatory approvals lengthen the time from initiation of the project until its beginning operation, increasing financing costs and making capital more difficult to obtain. The Energy Information Administration estimates the overnight capital cost for an advanced nuclear reactor, which excludes financing charges and project contingencies[ii], at $5,335 per kilowatt.[iii] The construction costs of nuclear units undergoing the permit process that include these other charges are estimated at around $8,000 to $10,000 per kilowatt.[iv] This means that the fully-loaded capital costs for nuclear plants in the United States could potentially be 200 to 250 percent more expensive than the new Chinese nuclear plants.

China is intent on making nuclear power a major contributor to their electricity generation mix in the near future. They currently have 13 nuclear plants in operation, but 25 more facilities are under construction, which equal almost half the total nuclear reactors under construction in the world. With those numbers, they should easily attain their 2020 goal of 40 reactors. Their 2030 goal is more ambitious, wanting to produce more power in 2030 than the United States produces with its 104 nuclear units. “Developing clean, low-carbon energy is an international priority,” says Zhao Chengkun, vice-president of the China Nuclear Energy Association. “Nuclear is recognized as the only energy source that can be used on a mass scale to achieve this.” As such, the Chinese have $511 billion in-hand dedicated to the construction of nuclear reactors.[v]

Is There a Risk?

The Chinese are aiming to enter into the global nuclear marketplace by 2013—just a few short years. With Western know-how being transferred and low-cost manpower, China can become a formidable competitor, as they have become to wind and solar markets. The World Nuclear Association indicates that the Chinese are very quickly becoming self-sufficient in reactor design. That is not surprising, when western nuclear companies provide technical training and related documents to the Chinese. Westinghouse, for example, as part of their contractual agreement with its Chinese customers, turned over more than 75,000 technical documents.

The United States is not the only country working with the Chinese to construct nuclear plants. France, for example, is honchoing a project of third-generation reactors in the Guangdong province, where construction on two European pressurized reactors is underway based on a contract signed in November 2007 with France’s Areva. In fact, work is progressing much better than the company’s other projects due to the experience Areva gained on them and to the 9,000 Chinese laborers on-site, who work 7 days a week at 10-hour shifts. The first reactor should be on-line at the end of 2013 and the second in the fall of 2014. Two more may follow in the future.[vi]

Clearly, western nuclear companies are hoping for a long-term partnership with the Chinese, but, in reality, they may only be gaining near term profits, instead.

China just announced that they now have a 3,000 year supply of nuclear fuel having mastered a key technique in the reprocessing of spent uranium. The technology enables recycling of irradiated fuel, producing 60 times more power from a kilo of uranium than they were able to do using current technology and uranium supply. Previously, China estimated that they had less than a 70 year supply of nuclear fuel from reprocessing its 171,400 metric tons of uranium using current technology.[vii] How China’s new reprocessing technology, developed by the China National Nuclear Corporation, compares to reprocessing methods used by countries in the western world is still unclear.

The United States by comparison does not reprocess commercial spent nuclear fuel. While the United States did have a few private reprocessing facilities in the 1960s and 1970s, they were terminated either due to the cost of compliance with regulations, equipment problems and technical failures, or the decision to indefinitely defer the reprocessing of commercial spent nuclear fuel due to proliferation concerns. The decision regarding indefinite deferrals has been reaffirmed under several U.S. presidents in the over 30-year period following the initial decision.

Reprocessing consists of separating and conditioning the components of spent nuclear fuel for recycling. Approximately 97 percent of the used fuel is recyclable when it leaves the reactor—96 percent as uranium and 1 percent as plutonium, leaving 3 percent as non-reusable waste material. As such, reprocessing allows for the conservation of natural uranium resources and reduces both the volume and toxicity of the final waste materials.

China is intent on becoming the world leader in nuclear power in just a few decades, generating more nuclear power than the United States by 2030 at much less cost. Their nuclear program has a sizeable number of reactors under construction with speedy approvals, available financing, and a dedicated work force. Their approach is to train their own people and gain expertise from western know-how and technology so that they can become a world competitor beginning in 2013. They have accomplished this feat in other areas. So, why not in nuclear power, too?

[ii] The American Association of Cost Engineers defines a contingency allowance as the “specific provision for unforeseeable elements of costs within a defined project scope, particularly important where previous experience has shown that unforeseeable events which will increase costs are likely to occur.”

Will Lucy let Charlie Brown kick the football this time?