It was a running gag that ran throughout the Charlie Brown comic strip series:  Lucy holds the football ready for Charlie Brown to kick, but yanks it away at the last moment, sending Charlie Brown tumbling through the air and landing on his back.

It seems that the Obama Administration has been playing the same game with domestic energy production. 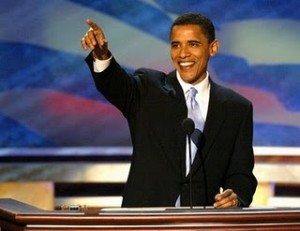 oil rig operations in the Gulf of Mexico, the Administration discarded their advice and imposed a moratorium.  The result has been a dangerous crimp in the nation’s energy production, the loss of 12,000 jobs (by the Administration’s own gross underestimate) and rapidly escalating fuel prices at the pump.

In the wake of fierce protest by members of his own party, the president finally relented, announcing just before the mid-term congressional elections that the drilling ban would be lifted.  But not even a month had passed after the election when the Administration signaled that not only would the moratorium be put back in place, but that it was being extended to include other domestic offshore drilling areas and would, in effect, become permanent.

Now the Administration is once again signaling its intentions to soften its hard-line stance against offshore drilling.  Time will tell whether the Administration means what it says, or whether it will yank the proverbial football away yet again, leaving energy producers unable to make a business case for domestic investment.

Divining the true intentions of this president has not always been easy, yet his administration has been consistent in supporting unfeasible alternative energy schemes, even when that has meant subsidizing inefficiency, wasting tax dollars, and sacrificing jobs.  Worse, the Administration has made it clear that in pursuit of a “green legacy,” it will deliberately seek to increase prices at the pump by making it as difficult and expensive as possible to produce energy in the United States.

If, on the other hand, the Administration at long last understands that sacrificing domestic energy production is harming American families and businesses for no tangible benefit, this announcement may be the first of many that will secure our energy future and strengthen our economy.

Until then, we must ask ourselves: Is this the time that Charlie Brown gets to kick the football?

Oil Consumption and Prices: How High Will They Go?