Dr. H. Sterling Burnett is a guest blogger and a senior fellow with the NCPA.

With the advent of the new Congress, it seems a good time to assess the good, the bad and the ugly that occurred in the waning days of the previous Congress and to look forward, to the most pressing issue that faces the 112th Congress.

First, the energy policies that were enacted (or allowed to continue) during the lame duck and most of the session that 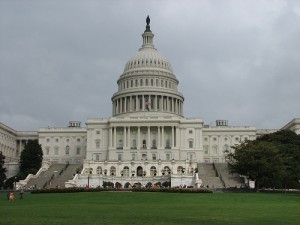 preceded it, were worse than one might have hoped, but not nearly as bad as it could have been. On the plus side, the lame duck was also unable to ram through either a national renewable portfolio standard or huge omnibus public lands bill – either of which would have robbed citizens of choice, and states of control and revenue.

On the minus side, the Republican’s seem to have learned little from the elections (I never had hope for the Democrats).  Rather than holding out for a clean bill continuing the Bush era tax cuts — something they would have gotten with the new Congress since the President would have signed such a bill rather than allow taxes for the “middle class” go back up (for which he and the Democrats would have taken the blame) — instead they allowed the Democrats to load the bill down with green pork.  In a time when it preaches the need for budgetary constraint and federal downsizing, Congress continued the foolish, bad for the environment, bad for the economy, subsidies and grants for ethanol and other so called “green” energy technologies.  These are technologies that the vast majority of people won’t choose unless forced or bribed, and thus can’t compete in the marketplace.  Rather than playing the role of “public servant,” and listening to the will of the people, Washington, once again, played the role of Lord and Master’s taking our money and giving it to industries that would largely cease to exist without government support.

And, despite an earlier commitment to Jay Rockefeller (D-WV), Senate Majority Leader Harry Reid, did not allow a vote on Rockefeller’s bill to delay EPA climate regulations.  Which brings us to the most pressing issue facing the newly minted 112th Congress.  Congress should, by hook or by crook, prevent these rules from actually coming into effect.  A frontal assault on the rules — for instance, a law prohibiting the EPA climate rules from coming into effect — seems likely to fail since President Obama has indicated he would veto such a bill.  And why not, he is using the threat of regulations to force Congress to enact his version of greenhouse gas legislation.  It’s extortion par excellence.

Instead, Congress should develop a bill that prohibits the EPA from expending any resources or funds, enacting or enforcing greenhouse gas regulations unless and until Congress, itself,  writes a law specifically addressing greenhouse gasses.  Then, rather than a stand-alone bill, it should attach this bill as a rider to every must pass piece of legislation it takes up.  It is doubtful, for example, that the President would veto an increase in the debt limit, or funding bills for various agencies, just because it contained language halting the EPA regulations.

Washington Logic: It hasn’t worked in the States, Let’s take it National