Katrina Currie is a guest blogger and works with the Commonwealth Foundation.

Increasingly, policies that are detrimental to the overall economy are shoved through the legislature in the name of “green jobs.” The evidence refuting environmentalists’ claims is mounting as countless studies show the promised benefits never come.

The facts are catching on, and Ohio Governor-elect John Kasich is even looking at repealing his state’s alternative energy mandates. But in Pennsylvania, legislators are going to face pressure from special interests groups to increase handouts for solar energy.

A recent solar industry sponsored study is touting Pennsylvania’s creation of 6,700 solar jobs, the second highest behind California. Environmental groups are not simply celebrating these numbers, but using them to call on the state legislature to increase solar subsidies and mandates—ignoring the ramifications on the rest of the economy.

Here are the facts about renewable energy in Pennsylvania. 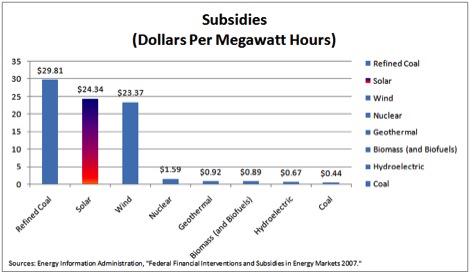 Clearly, mandating the creation of “green jobs” will be at the expense of other jobs in the state.

Oil Consumption and Prices: How High Will They Go?