Since 2007, wind production grew by 452 percent and solar production grew by 462 percent.[1] These percentage increases are impressive, but that’s because they produced a relatively small amount of energy in 2007 and still produce a small fraction of the energy that the U.S. economy needs. When compared with the energy produced by oil and natural gas during the same time period, wind and solar energy production clearly have a long way to go to demonstrate their relevance in the energy industry as the chart below shows. 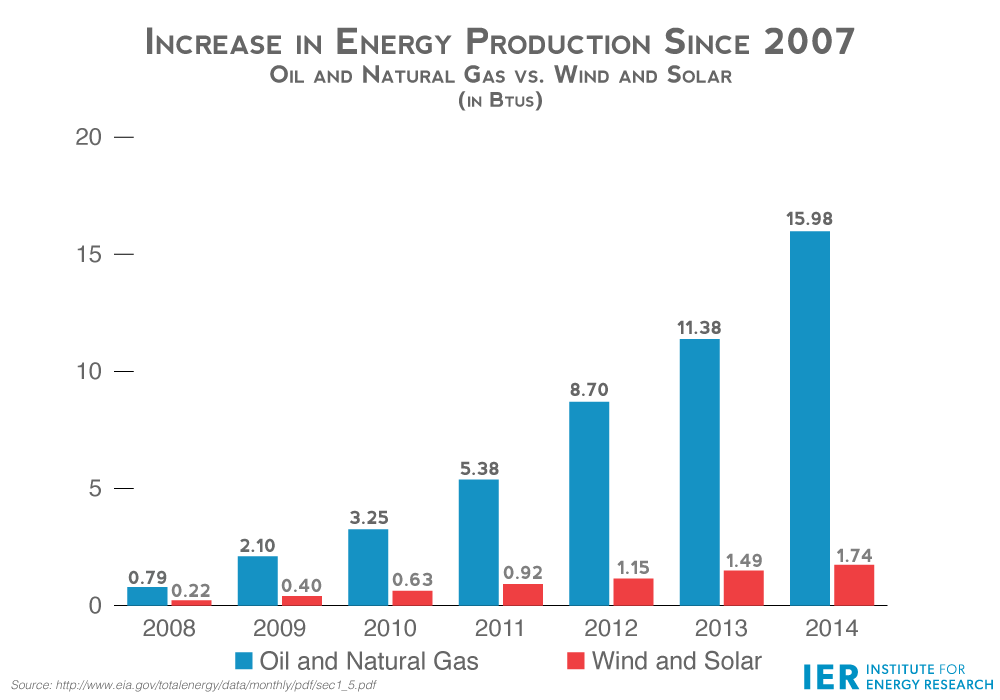 Further, more than half the states have Renewable Portfolio Standards that require renewable power be used to generate electricity within the state by specific dates. Government compulsion to buy renewable generation sources obviously has also spurred the growth of solar and wind power.

The boom in oil and natural gas production in the United States has been mainly due to technology—hydraulic fracturing and horizontal drilling. The environmental lobby claims that this growth in natural gas and oil production was only possible because of large amounts of government backing. However, this is not true.

The Breakthrough Institute produced a report highlighting the government’s role in developing hydraulic fracturing and the expansion of the natural gas industry into shale formations. Alex Trembath, a researcher who worked on that report, estimated that the U.S. Department of Energy invested only $137 million in research and development for the natural gas sector over a 30-year span.[4] The purpose of the program was “to assess the resource base, in terms of volume, distribution, and character and to introduce more sophisticated logging and completion technology to an industry made up mostly of small, independent producers. The goal was to substantially increase production from these basins at a time when increased national supply was critically important.” [5] 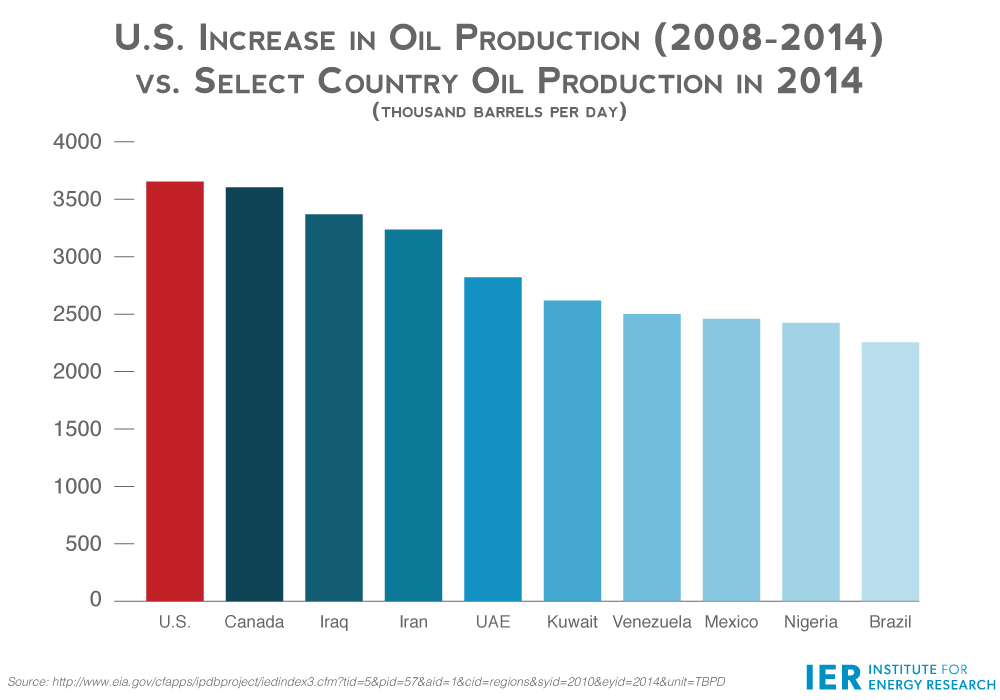 As the President sets out to enact his energy plan, it is essential for policy makers, taxpayers, and industry leaders to recognize the limitations of the green revolution and to simultaneously acknowledge the magnitude of the oil and gas renaissance taking place in the country.  Understanding this relationship will lead to lower energy costs for consumers and greater economic growth nationwide. Recognizing the relative effect future policies will have on our energy security, economy and international relations is critical for America to realize fully its new found status as a world power in energy production.

[5] Resources for the Future, A Retrospective Review of Shale Gas Development in the United States, April 2013, http://www.rff.org/RFF/documents/RFF-DP-13-12.pdf