Almost all measures of the cost of electricity only assess building new plants–until now. Using data from the Energy Information Administration and the Federal Energy Regulatory Commission, we offer useful comparison between existing plants and new plants.

America’s electricity generation landscape is rapidly changing. Federal and state policies threaten to shutter more than 111 GW of existing coal and nuclear generation, while large amounts of renewables, such as wind, are forced on the grid. To understand the impacts of these policies, it is critical to understand the cost difference between existing and new sources of generation.

The following chart shows the sharp contrast in the cost of electricity from existing sources vs. new sources: 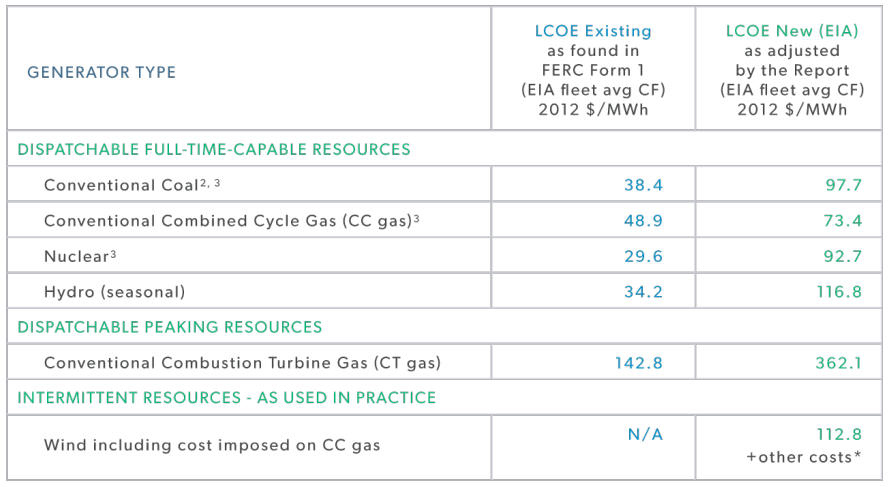 This study was conducted by Tom Stacy, a former member of the ASME Energy Policy Committee, and George Taylor, PhD, the director of Palmetto Energy Research. The source of the calculations used in this study is a compilation of data reported by the generators themselves to FERC and EIA.

Why the Federal Government Should Follow North Dakota’s Example

SCOTUS Mercury Ruling is a Wake Up Call for EPA