While IER has frequently highlighted the negative aspects of high-profile EPA regulations, the Obama administration is also working on a number of smaller regulations that will impact the everyday lives of American families. One example is the Department of Energy’s proposed rule on residential dishwashers. Even though dishwasher regulations were revised only three years ago, the administration’s new regulation will make it much more difficult for new dishwashers to do the two things they were invented to do—wash dishes and save people’s time.

The administration’s proposed regulation would amend energy conservation standards for residential dishwashers by reducing the amount of water used by standard dishwashers to 3.1 gallons per cycle (gal/cycle), revising an older regulation published in 2012 that limited standard size dishwashers to 5.0 gal/cycle. This proposed rule brings with it concerns for individuals and manufacturers in a number of areas, including energy and water usage, performance issues, economic costs, and inordinate time investment. In the end, Americans will be left paying more for dishwashers that don’t clean their dishes well.

The proposed rule’s ostensible aim is to enhance energy efficiency and water conservation, but faulty assumptions and data—among other things—cast doubt on DOE’s analysis. In fact, the Association of Home Appliance Manufacturers (AHAM), the trade association that represents both manufacturers and suppliers to the industry, concluded that DOE’s analysis was distorted by factors such as incorrect product manufacturing costs, outdated annual dishwasher cycle assumptions, overstated water and sewer costs, excessively long dishwasher lifespans, and underestimated product development costs.[1]

After accounting for the revised assumptions, AHAM concluded that the proposed rule would actually increase water consumption by 63 billion gallons and reduce DOE’s national energy savings estimates by 32 percent.[2] Although the rule would save some energy, the resulting savings wouldn’t be very significant. With payback periods of almost 20 years, most families wouldn’t benefit from the minimal energy savings because most dishwashers don’t last anywhere near that long.[3] The AHAM analysis provides multiples explanations for why water usage might rise under this regulation. First, Americans may select more energy-intensive cycles to compensate for lower performance. Second, households may have to run the dishwasher multiple times to get dishes clean. Third, people might pre-rinse dishes before dishwashing, which would “drastically” intensify water consumption.[4] Ultimately, the accumulation of these factors diminishes the conservation benefits of the proposed rule.

Beyond water and energy usage matters, the dishwashers required by the proposed rule would be inadequate for cleaning dishes. Members of AHAM tested the effectiveness of the proposed standards by modifying their models to use 3.1 gal/cycle. The results were “unacceptable to consumers” and revealed the potential for “perpetually messy dishes.” 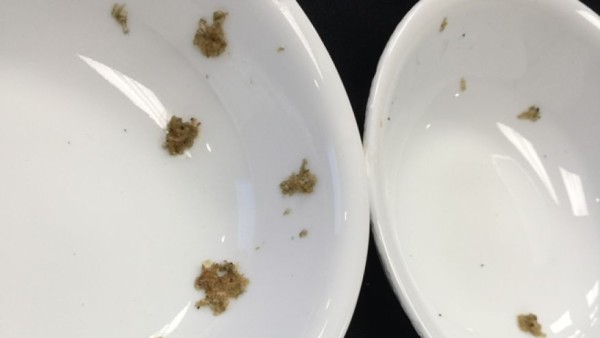 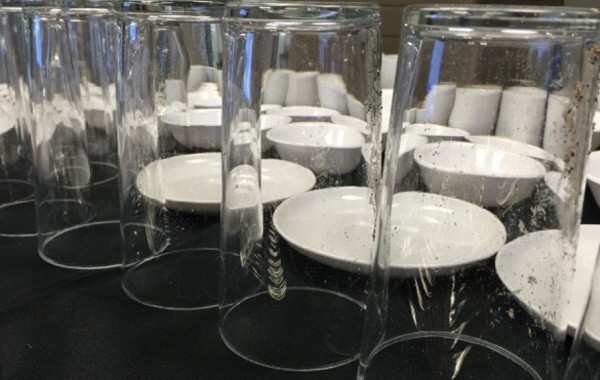 General Electric (GE) Appliances reiterated the concerns of AHAM, underscoring that the new standards would jeopardize their ability. According to a survey conducted by GE Appliances, rinse and dry performance are major sources of consumer dissatisfaction, along with odor and cycle time.[6] Due to the importance of this factor, decreases in performance under the proposed rules would make implementation unreasonable. Ultimately, it would prevent people from buying dishwashers that fit specific consumer needs and fulfill basic dishwasher functions such as thoroughly washing the dishes in a reasonable amount of time.

The potential economic costs of the proposed rule are also severe. In contrast to DOE’s estimates, AHAM concluded that the negative effect on the net present value of the economy would amount to $7 billion and reduce the dishwasher industry’s value by at least 34 percent.[7] Furthermore, the impacts to individuals and families would be adverse, with average life cycle savings at negative $35-40 per person and 79 percent of consumers experiencing net costs.[8]

Another assessment, conducted by Robert Michaels, an economics professor at California State University at Fullerton, concluded that many individuals would receive extremely small benefits while a substantial portion of the population would experience losses.[9] In addition, Michaels identified that DOE incorporated problematic social cost of carbon estimates into its cost-benefit analysis, which at times made the difference between positive and negative figures.[10]

Based on DOE’s own flawed analysis, the Edison Electric Institute inferred that a majority of consumers would have higher net costs, including 59 percent of low-income households and 64 percent of senior-only households.[11] Since senior-only households run the dishwasher fewer times compared to other households, it will take them longer to recoup their costs. Their average savings would be a meager $1.[12] In fact, the impact would be even more significant for any buyers who use dishwashers less frequently. Forcing strict energy efficiency rules on every dishwasher ensures that people who rarely use a dishwasher would experience excessive costs and very minimal benefits.[13]

Another factor that is less obvious yet very important is the inordinate time investment that the proposed rule would impose on individuals and families. Manufacturer data collected from over 90 percent of the market indicate, “as energy use decreases, cycle time (including dry time) gets longer.”[14] Poor appliance performance or the higher costs for new models could incentivize more people to spent additional time hand washing dishes. Running the dishwasher multiple times to get clean dishes also wastes time. Thus, it is unsurprising that cycle time is one of the most significant consumer concerns.[15] Since time is a truly non-renewable resource, people—not federal bureaucrats—should be able to balance their own time, energy, water, cleanliness, and aesthetics. DOE’s proposed rule would preclude individuals from making informed decisions and buying products that fit their specific needs and time constraints.

Indeed, most people will not value the new DOE-compliant models—all things considered—more than the previous models, because the federal government must force the new appliance standards on the industry. If Americans really valued the (meager) reductions in energy usage more than the higher costs, extra time, and (possibly) additional water usage that the new models will require, then the industry would have voluntarily offered the new dishwashers.

Granted, there are sophisticated “negative externality” arguments involving carbon dioxide emissions—calculated by using dubious social cost of carbon estimates —that DOE invokes to (try to) justify the new standards. Presumably, the argument may be that consumers need to suffer a bit when it comes to dishwasher satisfaction in order to avoid even greater damage from climate change. However, forcing people to buy products that they don’t want makes them worse off in terms of their immediate household perspective. Ultimately, the rule places real lifestyle costs on people in order to create (alleged) theoretical benefits.

One possible reason for DOE’s faulty analysis could be its failure to follow the Process Improvement Rule. Although the rule is not a legal requirement, the process was created to ensure that DOE operates transparently, facilitates engagement among manufacturers and regulators, and avoids usage of obsolete data and analytical errors.[16] By “eliminating the Framework stage and the Preliminary Analysis,” DOE departed from a successful format that had enhanced cooperation between government and stakeholders in the past, according to the Edison Electric Institute.[17] Additionally, consensus processes and voluntary agreements have previously worked for energy efficiency matters, which makes DOE’s departure from proven methods concerning.

One noteworthy result of eschewing the process is that the incremental changes DOE indicates would be required to reach the necessary efficiency level—namely temperature sensors and hydraulic system optimization—are already widely used. In fact, AHAM assessed that “all of the incremental changes DOE concluded manufacturers could use to improve on the design options at Efficiency Level 2 and meet Efficiency Level 3 [the proposed standard] are already in use in products that do not meet Efficiency Level 3.”[18] If DOE had properly consulted with manufacturers before proposing the rule, its analysis would have assumed these practical realities.

While DOE’s proposed rule might appear insignificant, it will have a substantial impact on American families and manufacturers. People will be required to spend more time running dishwashers that ultimately don’t clean the dishes well and end up imposing costs on many households and businesses. Furthermore, as some have already suggested, the proposed rule will work in conjunction with the Obama administration’s regulation on carbon dioxide emissions from existing power plants. The administration anticipates that demand-side energy efficiency measures like DOE’s dishwasher regulation will be a “significant component” of state plans to meet the carbon rule. As a result, the problems with DOE’s proposed rule should be considered in the broader context of questionable federal regulatory actions.

In the final analysis, if DOE really thinks this rule is “economically justified” and will pay for itself in terms of energy savings to households, then it shouldn’t need to force new products on Americans. Instead, it should just post the relevant information on a federal website and let people make their own decisions.