The IEA is a creation of the Organization for Economic Cooperation and Development (OECD), which represents the developed nations of the world. IEA’s study found that many developing countries artificially lower energy prices to their citizens, paying the difference from their government resources.[ii] An example of a similar welfare transfer in the United States is the U.S.’s Low Income Home Energy Assistance Program (LIHEAP).[iii]  Wealth transfers are differentiable from subsidies in the name of commercializing uneconomic energy sources such as on-grid wind or solar. The United States and other developed countries offer support to energy production in the form of tax credits, loan guarantees or use mandates, which are not included in IEA’s fossil fuel consumption subsidy calculations since they are directed towards production rather than consumption of the fuel. 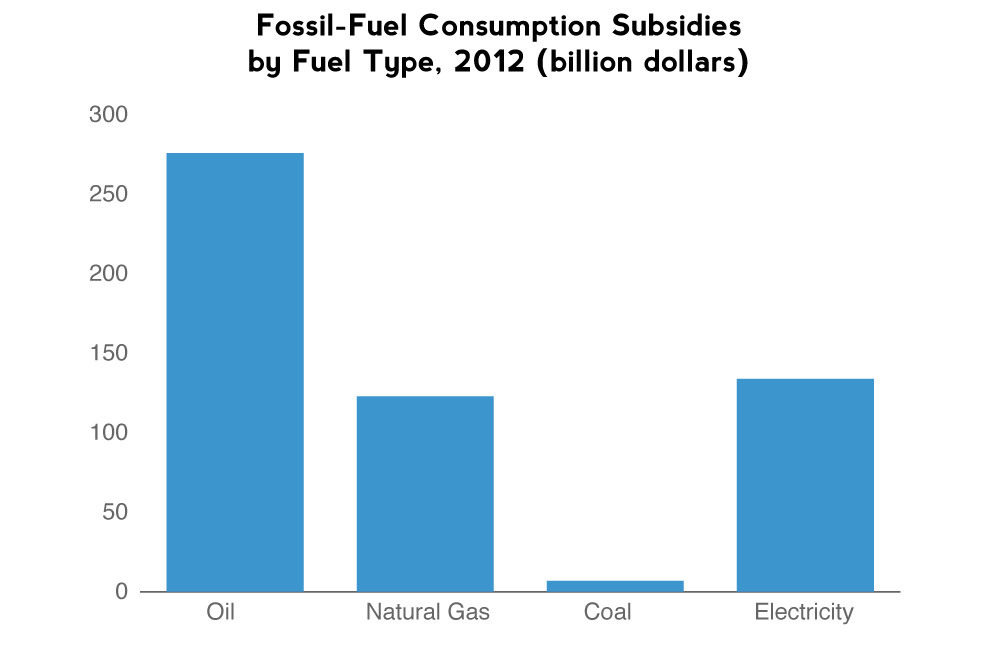 According to the IEA, global fossil fuel consumption subsidies are over 5 times higher than global renewable subsidies.[iv]  IEA’s estimate for global renewable subsidies (biofuels and renewable electricity) in 2012 is over $100 billion, higher than the $88 billion they reached in 2011. In contrast to fossil fuel consumption subsidies, renewable fuel subsidies often take the form of tax credits for investment or production, or premiums over market prices to cover the higher production costs compared to traditional fuels.

Many of the countries providing fossil fuel consumption subsidies own state energy companies, including countries that comprise the Organization of Petroleum Exporting Countries, such as Iran, Saudi Arabia, and Venezuela. Net exporting countries see these subsidies as an opportunity cost.

Fossil fuel consumption subsidies are often used to alleviate energy poverty, but are an inefficient means for doing so, creating market distortions that result in wasteful energy consumption. 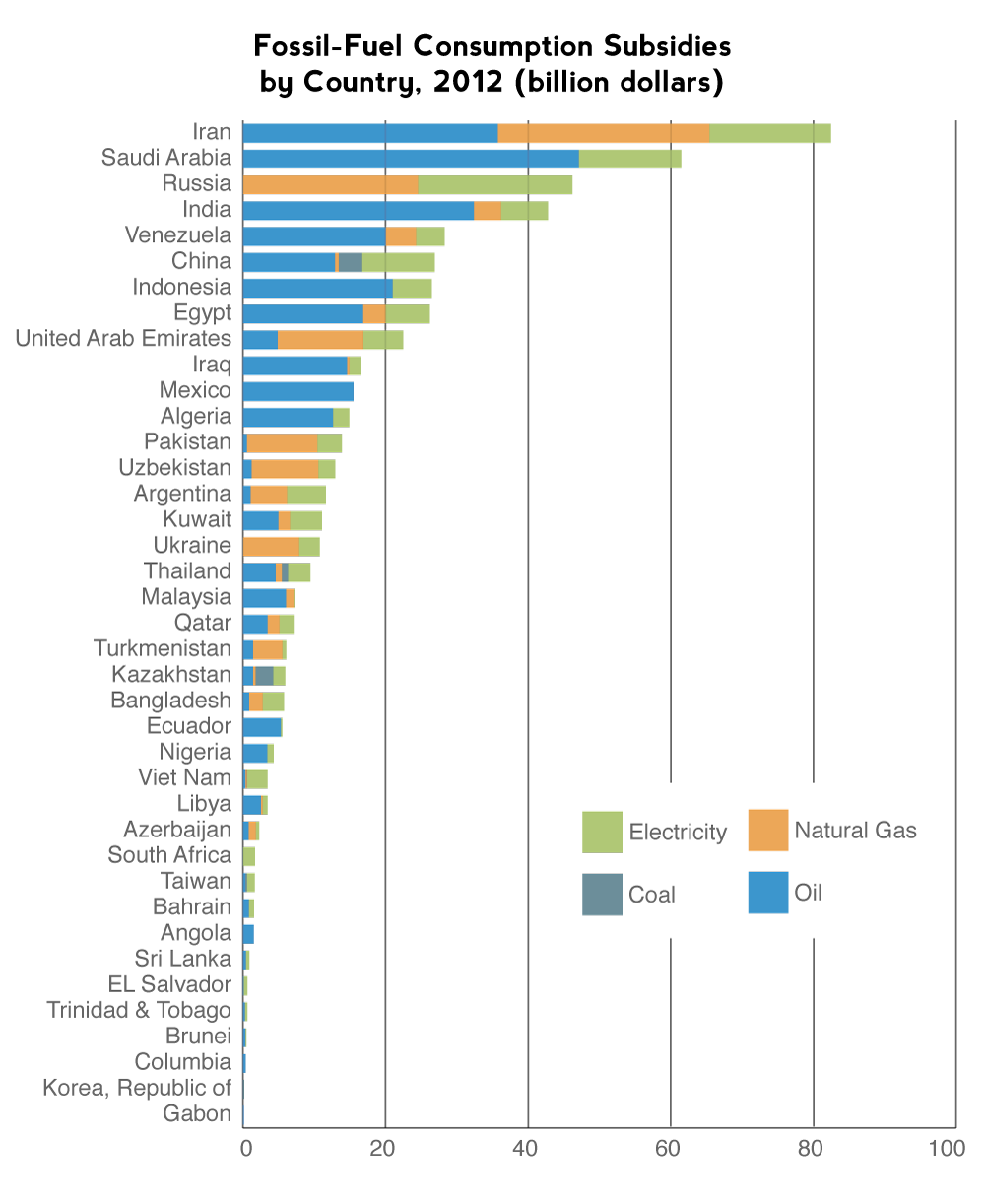 Fossil fuel consumption subsidies in developing countries are welfare transfers that can be differentiated from subsidies in the name of commercializing or sustaining uneconomic energy sources such as on-grid wind or solar, which the United States and other industrialized countries have been heavily subsidizing. These latter forms of energy subsidies that help promote production of uneconomic energy sources can be abolished without detrimental affects to the U.S. economy or its citizens, and in fact would increase economic efficiency since by their very nature, they are more expensive than competing forms of energy.

The OECD countries find fault with developing countries for subsidizing the costs of energy purchased by their citizens, but those same OECD nations are busy subsidizing and mandating the use of uneconomic and inefficient forms of energy which will make energy more expensive and less reliable for their citizens.  Neither of these policies reflects markets or makes sense, and the economies of all concerned would be better off if all such supports by governments were abolished.