Climate change and energy security are issues of great concern for many Americans, as significant amounts of our energy come from unstable parts of the world and the debate over how to reduce emissions of carbon dioxide – one of several greenhouse gases – intensifies on the public stage. Few individuals, however, are likely to realize just how tightly linked the issue of global climate change is to American energy security.

That human activity has increased the atmospheric concentration of CO2, a gas known to ‘force’ climate or increase temperatures while the Earth has warmed about 0.6 º Celsius over the last one hundred years is generally accepted. How the climate works and the relationship of different variables remains to be determined.1 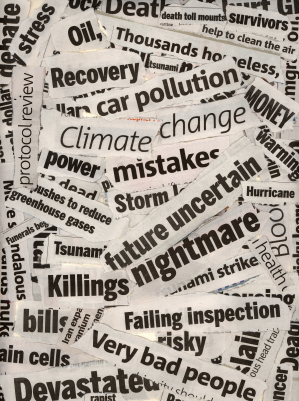 There is, however, a sense of urgency among many to take action in the form of policies to reduce CO2 emissions. Although the policies would be extremely expensive, consume resources that could be directed to immediate and profound problems, and have limited potential to affect climate, many contend that there is an urgent need to implement some sort of policy. Many potenital factors can contribute to and exacerbate the sense that policies are urgently needed. These factors include, for example:

Marketing: Selling newspapers and magazines and getting viewers to support higher advertising rates often motivates sensational media attention. Environmental issues are no less subject to this influence than are other media topics as is reflected from past headlines addressing sensationalized concerns regarding issues such as the ozone hole, toxic waste and the concern of global warming.

Profits: A number of corporations could see new laws and regulations to control CO2 emissions as a chance to get an advantage over competitors. Several companies have formed a coalition calling for action on climate change. Many may have aspects of their business that might benefit from such laws or regulations, including the manufacturing of wind turbines, formulating alternative fuels, and getting carbon credits for retiring older facilities.2

Funding: For researchers in academia and in government, issues that are perceived to be an imminent crisis can mean more funding. The more threatening an issue is perceived to be the more likely it is to receive funding. The funds directed towards climate change research are substantial. According to the Office of Management and Budget, the amount of Federal funding for climate change related research increased to $4.4 billion in 2006.3

Advantage: For many other nations, new laws or regulations that impose costs on the US economy may make them better able to compete with the United States. According to the former EU Commissioner for the Environment, “This is about international relations, this is about trying to create a level playing field for big business throughout the world. ”4

France and Germany have both pushed for the US to implement carbon emissions policies. France already gets a majority of its electricity from nuclear power that is carbon neutral. Many highly inefficient and polluting factories of the former East Germany are being retired, something for which Germany could get carbon credits. Emissions restrictions that make US goods more expensive relative to French or German products would reduce US competitiveness.

Politics: ‘Crises’, environmental and otherwise, that demand heroes are fertile ground for political interests. Crises like the sensationalized climate change scenarios provide issues that ensure headlines and lend themselves to many political maneuvers to establish oneself as a ‘leader’ from public statements and speeches to special committees and legislative proposals to take action.